The Four Treasures of Study

Home /The Four Treasures of Study

The Four Treasures of Study refer to the unique tools of calligraphy and painting in China: brush, inkstick, paper and inkstone. The name of the four treasures of the study originated in the Southern and Northern Dynasties. Four Treasures of the Study both have the strong practical value in writing and drawing and appreciation value for being art works blending painting, calligraphy, sculpture and decoration. They represent the development of tools in Chinese studies for thousand years and craftsmen’s creation wisdom as well as their excellent skills.
Brush 笔 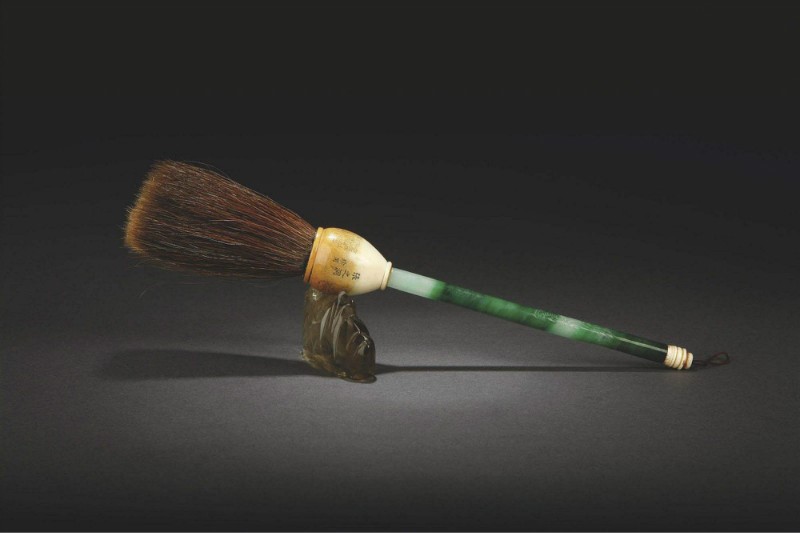 Among many pen products, the brush is the most special one. The traditional Chinese brush is not only an indispensable tool for the ancients, but also has different charms in expressing the unique charm of Chinese calligraphy and painting. The brush is a unique writing and painting tool different from the feather writing style of western nations. Nowadays, although pencils, ballpoint pens, pens and so on are popular in the world, writing brush cannot be replaced. It is said that the brush was created by Meng Tian. For thousands of years, it has made outstanding contributions to the creation of the brilliant culture of the Chinese nation and the promotion of cultural exchanges between the Chinese nation and all other nationalities in the world. The brush is a treasure provided by the Chinese nation to the world's art Treasury.
Inkstick 墨 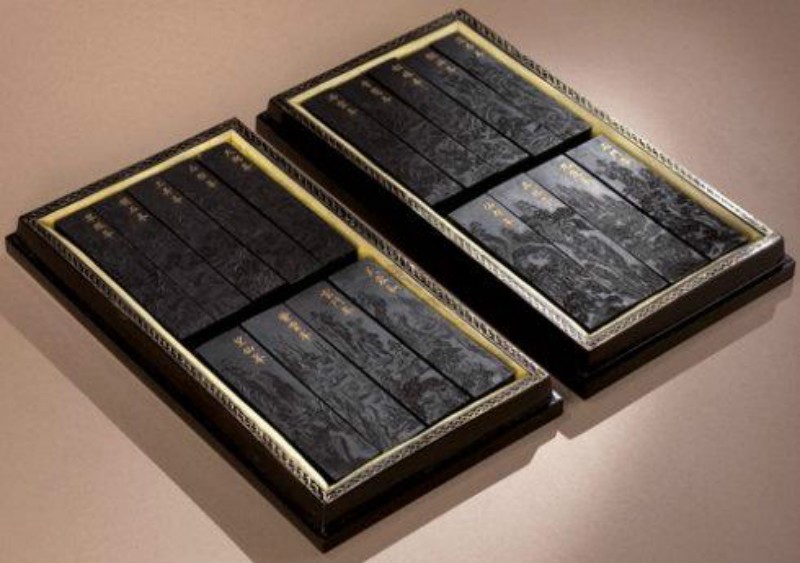 Inkstick was essential for writing and painting in ancient times. The beauty of Chinese calligraphy and painting is expressed through the use of inkstick. China has a history of making inkstick for more than two thousand years. The earliest application is pine-soot ink. Since the Song dynasty, famous inkstick has been favored by literati and calligraphers. Ornamental inkstick and gift inkstick appeared. People often add rare Chinese medicine and spices in the inkstick, while the inkstick surface is engraved with famous paintings and poems, with national characteristics. The impression that inkstick gives a person seems to be a little bit too simple, but it is indispensable in ancient writing. With the help of this original material, the fantastic artistic conception of Chinese calligraphy and painting can be realized. The world of inkstick is not boring, but rich in content. Inkstick production is very particular about the purity of materials.
Paper 纸 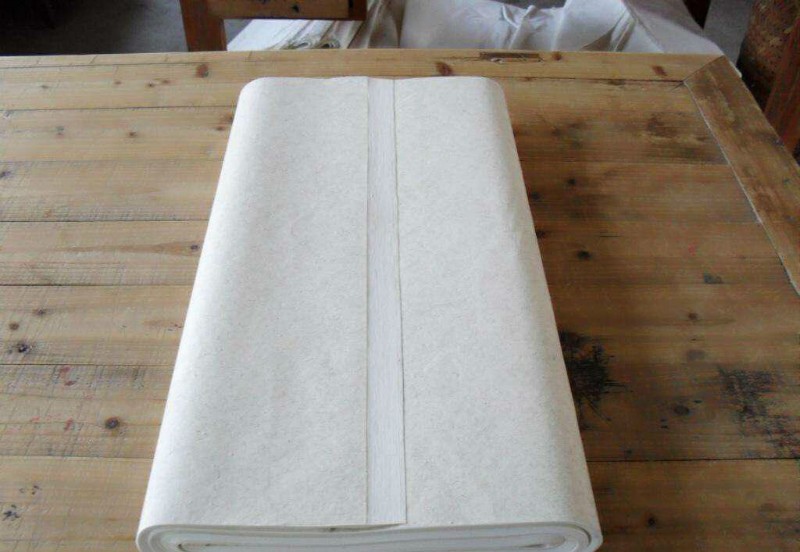 Paper is one of the four great inventions of ancient China. Although there are tens of millions of varieties of paper in the world, "Xuan paper" is still a unique handmade paper for calligraphy and painting. People believe that the Xuan Paper is the best paper to write and draw. Xuan Paper is produced in Jin County, Anhui Province, which is a kind of high class artistic paper used for traditional Chinese brush calligraphy, painting， mounting， rubbing, watermarking etc. It is flexible, white and smooth, durable in color and strong in water absorption. Before the paper was invented, people used turtle shells and animal bones, bronze, bamboo, silk and stone as the materials to write. For ancient Chinese people, paper is a tool to be relaxed and pleased, a carrier to point out problems and the bailment of emotions. For most Chinese, paper is a concentration of Chinese culture and history.
Inkstone 砚 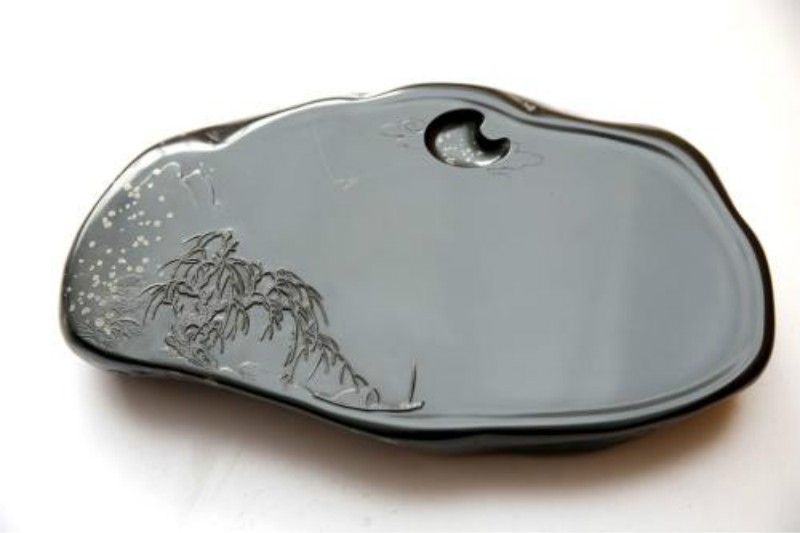 An inkstone is a container used in Chinese calligraphy and painting to grind dry inkstick and mix it with water. Most inkstones were made of stone, but other materials such as pottery, bricks and tiles were also widely used. The inkstone originated in Shang dynasty. After a long history, the inkstone is no longer a simple stationery, and has become a delicate handicraft, become the object of the collection of scholars. With the evolution of social history, the inkstone has condensed various information about the culture, economy and even aesthetic consciousness of various dynasties in China. For modern people, the ancient inkstone completed the transformation from real supplies to works of art, thus also created its unique collection of financial value.