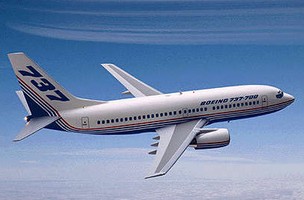 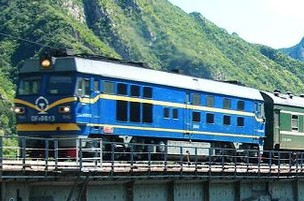 By Air
Covering a total area of over 2,700 mu (445 acres), Zhangjiajie Hehua Airport, which is located at Hehua (Lotus) Village, Yongding District, 5km (3 miles) to Zhangjiajie City was put into service in 1994 to meet the needs of the city's blooming tourism industry. Its terminal, uniquely designed in the traditional architectural style of the local Tujia people, is capable of handling 700,000 passengers per year and 300 at peak hours. By far it has offered over 50 air routes to not only inland Chinese cities but also Hong Kong and Macau.
There are direct flights from Zhangjiajie to Hong Kong, Beijing, Changzhou, Chengdu, Chongqing, Fuzhou, Guangzhou, Guiyang, Hangzhou, Nanjing, Shanghai, Shantou. Wuhan, Xiamen, Yichang, Zhuhai, and Changsha. Flights leave for Changsha and Guangzhou leave daily.
Airport Transportation:
Airport buses shuttle between the airport and the Airport Hotel (No. 1 Daqiao Lu) at the charge of RMB 5 per person. No. 4 buses and taxis, which usually charge RMB 15 for one-way service, also make the transportation fairly convenient.
By Train
There are two railway stations in Zhangjiajie. One is a small station located in Cili County which is used for local traffic. The other is the main Zhangjiajie Railway Station located in Yongding District, 12 kilometers (about 7 miles) from the city center. From Zhangjiajie more than ten big and middle-sized cities in China such as Beijing, Shanghai, Guangzhou, Changsha can be reached. Bus No.1, 2, 6 and 7 connect Zhangjiajie Railway Station and the city center. The bus fare is usually about CNY1.If traveling by train from Changsha to Zhangjiajie train number K533/K536 is recommended as it travels a more direct route.
By Long Distance Bus
The Zhangjiajie Long-distance Bus Station is located at the intersection of Huilong Road and Renmin Road in the city center. There are regular buses to cities such as Changde, Shanghai, Changsha, Yueyang, Wuhan, Dongguan and Zhuhai. Buses to the nearby Yangjiajie Scenic Area and surrounding counties such as Feng Huang (Phoenix) County operate every day. Take bus No. 1, 2, 3, 4 or 5 to the Long-distance Bus Station.
Getting Around 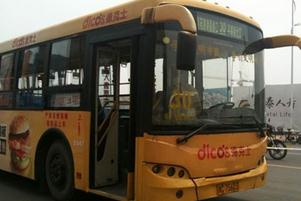 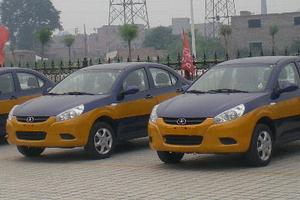 Public City Bus
There are ten bus lines within Zhangjiajie City in total. They service hotels, hospitals, banks, supermarkets and can be very convenient. The bus fare is only CNY1 and buses operate at 30 minute intervals. For example, Bus No.5 goes to the Tujia Folk Customs Park where local folk culture can be experienced.