To know how to season food properly is just as important as to know the right way to stir fry, steam or stew. Proper seasoning makes good cooking into first-class cooking and dull dishes into exciting ones. Seasonings are important in Chinese cooking because they create the special flavors that characterize different regional styles. Many people say that they are eating seasonings instead of dishes, because even delicious ingredients can taste bland and uninteresting without appropriate seasonings. Seasoning are used to enhance the natural flavor of the food and can be added before, during or after the cooking process. Chinese dishes are well-known all over the world, while Chinese seasonings will also open your eyes. 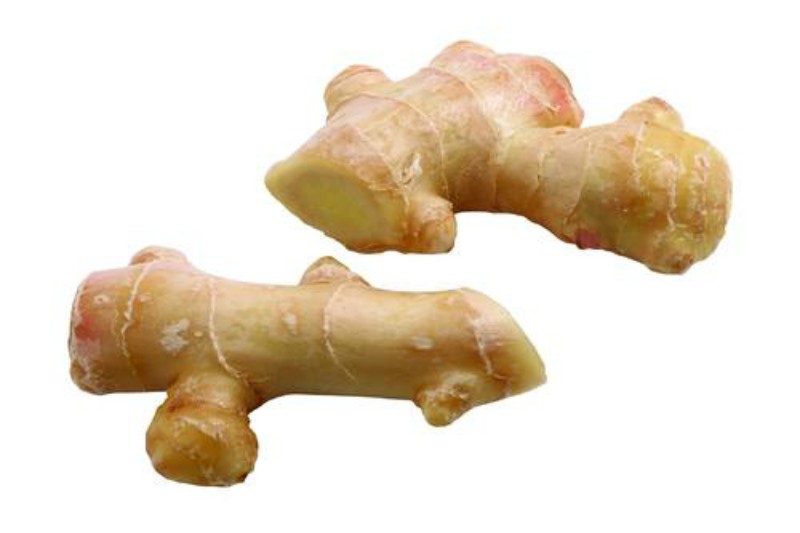 Ginger is pale golden, knobby, hand-shaped rhizome which has the perfect combination of enchanting aroma, spicy bite, and natural sweetness. It is an indispensable spice that can add heat and delicate flavor to meat, vegetable and fish dishes. Ginger is among the healthiest spices on the planet. It is high in gingerol, a substance with powerful anti-inflammatory and antioxidant properties.
Ginger is the most common Chinese herb for seasoning. It is usually used along with garlic in stir-fried dishes, soups, and sauces.A favorite food for cold winter days when Yin is high and Yang is low is chicken soup with a lot of ginger. The soup helps to strengthen and warm the body.
Cooking Wine 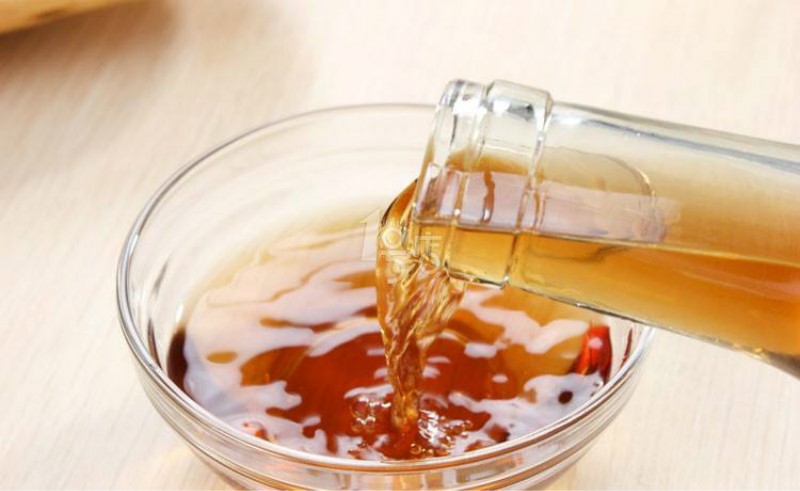 It is a yellowish-brown seasoning brewed from sticky rice and millet, especially used for preparing dishes with aquatic ingredients and meat to remove the fishy smell and increase the aroma of the dish. Its strong permeability and can help to keep the food fresh for longer.
Though cooking wine is preferable, beer and brandy can be used instead in its absence. In order to play its part into full, the best time to add it is when the temperature in the wok reaches its highest.
Star Anise 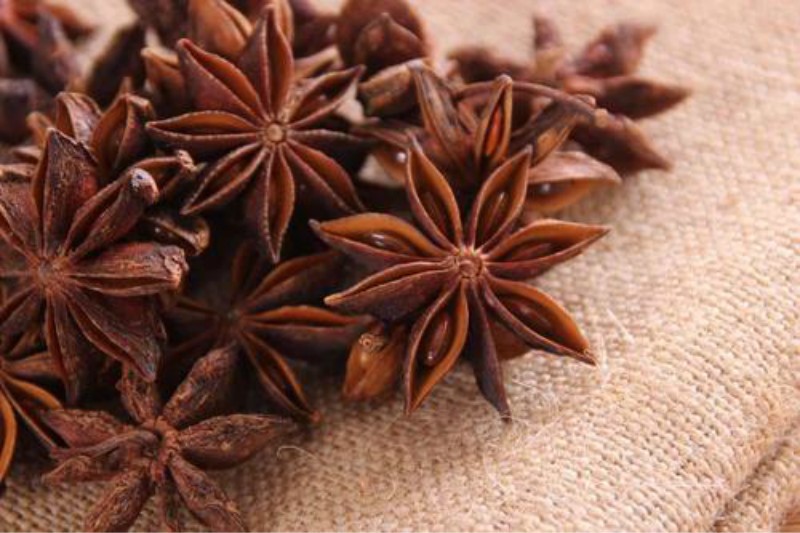 Most Westerners may have never actually seen of one of these little brown 8-pointed star seed pods. It has a pleasant taste like licorice. Chinese from northern to southern China love this taste and think it is a very healthy ingredient to mix in with the commonly used high Yang herbs and spices.
This spice is also known for its medicinal uses. In traditional Chinese medicine, star anise boasts stimulant and expectorant properties, and may increase libido and facilitate proper digestion. In cooking, star anise is used to enhance the flavors of duck, eggs, fish, leeks, pears, pork, poultry, pumpkin, shrimp or pastry, to name a few.
Garlic

The strong taste of garlic can add a punch to otherwise bland recipes. It is low in calories and rich in vitamin C, vitamin B6 and manganese. It also contains trace amounts of various other nutrients. It complements most savory dishes, particularly soups and sauces.
It is a potent antioxidant, antibiotic, and antiviral herb. It heals and prevents infections and many viral or bacterial borne illnesses, and it promotes proper blood circulation and heals or prevents circulation problems such as high blood pressure, strokes, and heart attacks. It also has strong anti-inflammatory properties.
Cinnamon 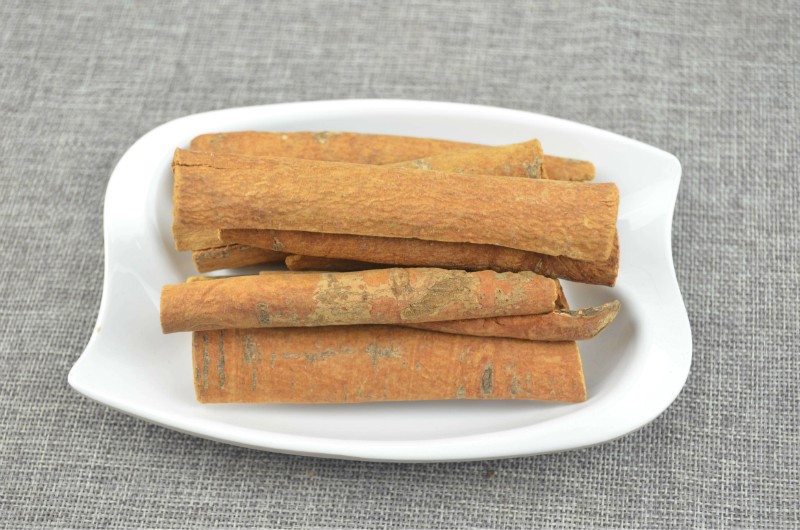 Having a powerful aroma, cinnamon can help make the dishes not so fishy or greasy, necessary when preparing meat. All over China, Cassia, the bark of the Cassia tree, is eaten widely. It tastes much like the kind of cinnamon that used to be most commonly used in the West. It is one of the standard ingredients of five-spice powder, but Chinese are using more and more of it to make desserts, pastries, candy, and drinks, and to flavor meat dishes. It can lower blood sugar levels, reduce heart disease risk factors and has a plethora of other impressive health benefits, which is also a mild anti-viral and antibiotic, so it helps people avoid flus and cold.
Fennel Seeds 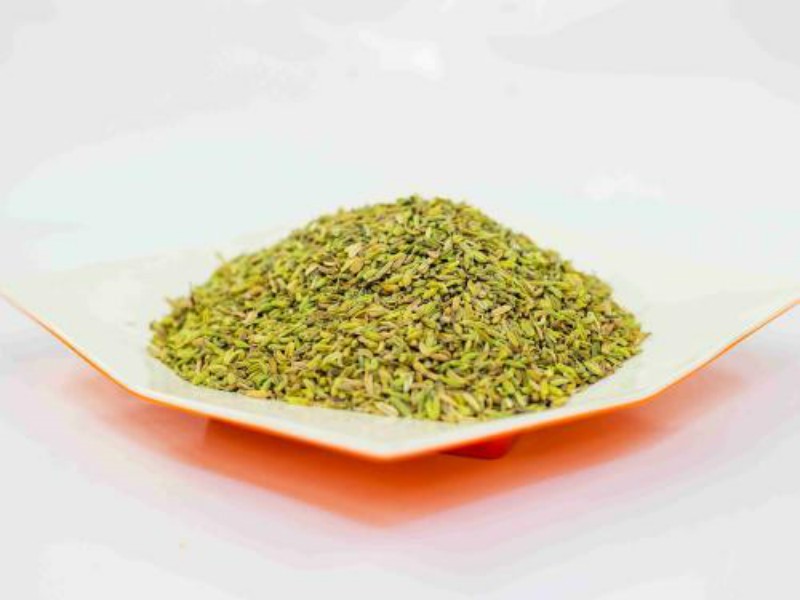 It actually has a taste like that of star anise. It has a licorice flavor, but it is used differently in Chinese medicine and cooking than star anise that is thought to strengthen Yang. It is thought to promote the Yin in a body, so fennel is a spice that is more preferred by women.
In China, it is more commonly used in southern China, where it grows. It is used to make Chinese curry. The last component of five spice powder, fennel seeds are known for their licorice flavor and are considered a newer spice in Chinese cuisine. They may be toasted or heated in a dry frying pan for two or three minutes before grinding or crushing, as this will accentuate the flavour and bring out the full aroma.
Prickly Ash Seeds 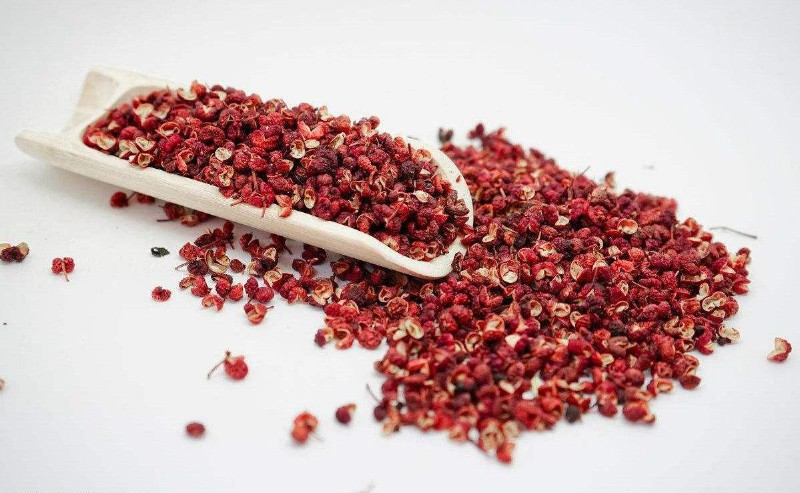 This particular spice, prickly ash seed, comprises claret or reddish-brown cones from prickly ash tree. It causes a slight numbness on the tongue, and is used mainly to remove a fishy smell. Mostly used in Sichuan Cuisine, prickly ash seeds are added in when the oil in the wok is hot and are removed when they turn black. The seeds can also be made into an oil or powder to be added to the dishes without being picked out. Prickly ash seed also has the effect of benefiting the stomach, dispelling cold, removing dampness and alleviating pain.
These Prickly ash seed are high in antioxidant activity. In traditional Chinese medicine, Prickly ash seed was used to stimulate digestion and prevent flatulence.