In China, a vast land spanning many degrees of latitude with complicated terrain, climate varies radically. China has a variety of temperatures and rainfall zones, including continental monsoon areas. In winter most areas become cold and dry, in summer hot and rainy. 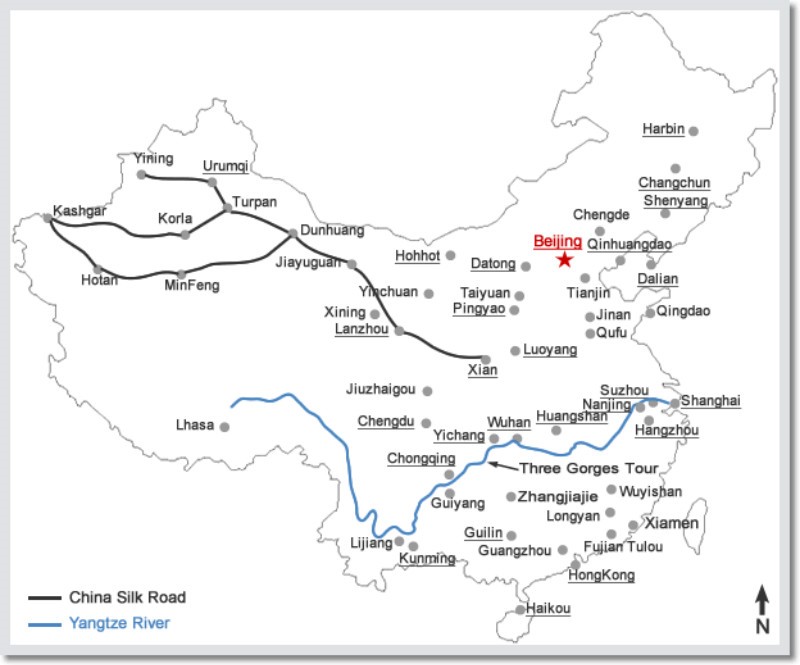 The Yangtze River serves as China's official dividing line between north and south. Given the size and varied landscape of the country, there is no one time in the year when weather is ideal in every part of China. Of course, the warmest areas in winter are to be found in the South and Southwest, such as Sichuan, Banna in Yunnan, and Hainan Island. In summer the coolest spots are in the far northeast.

In northeast China, summer is short but there is much sunshine, while winter is long and cold. Precipitation is limited in northwest China where it is cold in winter and hot in summer. In southwest China of low latitudes, the land is elevated high, and has characteristically vertical seasonal zones.

In summer, a southeast monsoon from the western Pacific Ocean and a southwest monsoon from the equatorial Indian Ocean blow onto the Chinese mainland. These monsoons are the main cause of rainfall. Starting in April and May, the summer rainy season monsoons hit the southern provinces of Guangdong, Guangxi, and Hainan. In June, the rains blow northward, and South China gets more rainfall with the poetic name, plum-rain weather, since this is the moment when plums mellow. North China greets its rainy season in July and August, says farewell in September; gradually in October the summer monsoons retreat from Chinese land. Eastern China experiences many climate changes, while the northwest area is a non-monsoon region. 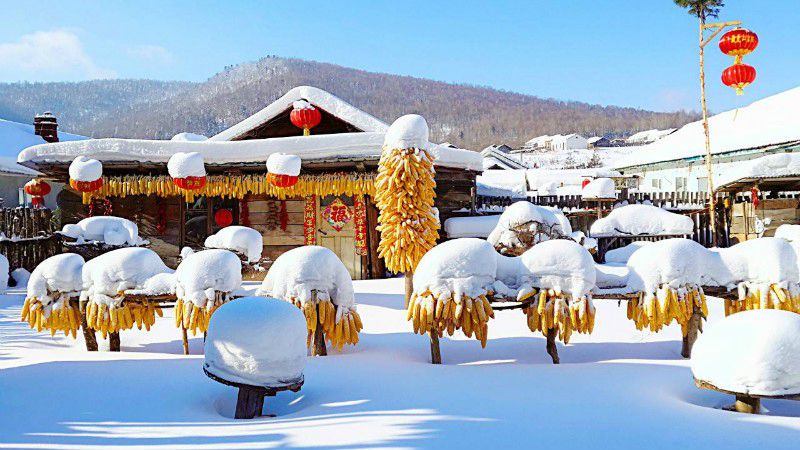 Northern winters, from December to March, are extremely cold. Beijing may experience temperature of -20C (-4F) at night with dry air and little sun. Further north finding -40C (Mongolia region) on the thermometer is not uncommon. During the summer, from May to August, temperatures in Beijing can hit 38C (100F), coinciding with the rainy season for the city. 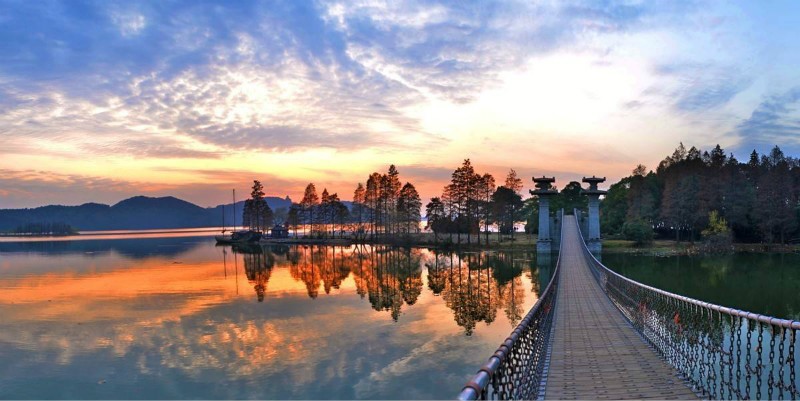 The Yangtze River valley has long and humid summer with high temperatures from April to October. The city of Wuhan, Chongqing and Nanjing on the Yangtze are China's three famous 'furnaces'.

Winters there are quite, with temperatures dropping well below the freezing temperature. In fact it can be as cold as Beijing, particularly as there is a lack of heating in public buildings to the south of the Yangtze River.

It can also be wet and miserable at any time apart from summer. Since it is impossible to choose an ideal time to visit, spring and autumn are probably best. Precipitation averages around 76 cm (30 inches) per year. 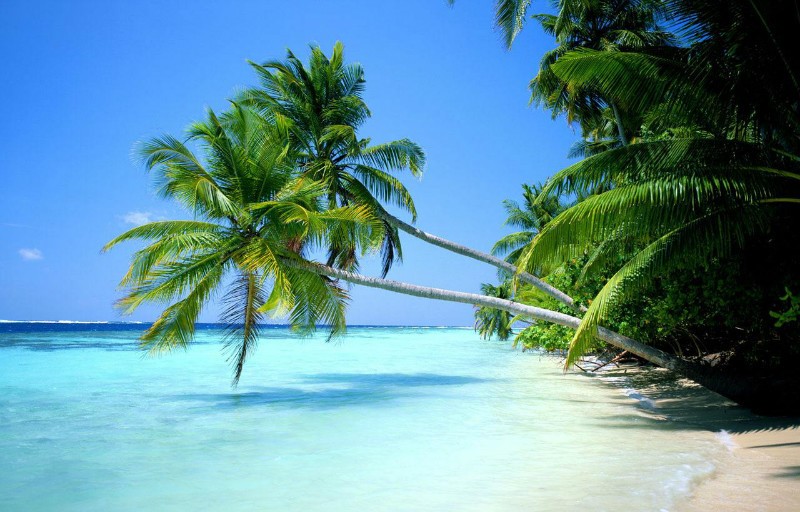 Near Guangzhou, the summer is a season of typhoons between July and September. Temperatures can rise to around 38C. Winters are short, between January and March. It's not as cold as in the north, but you'd better bring warm clothes with you while visiting.

Autumn and spring can be good times to visit, with day temperatures in the 20C to 25C (68F to 75F) range. Sometimes, it can be miserably wet and cold, with rain or drizzle. Precipitation averages 76 cm (30 inches) per year. 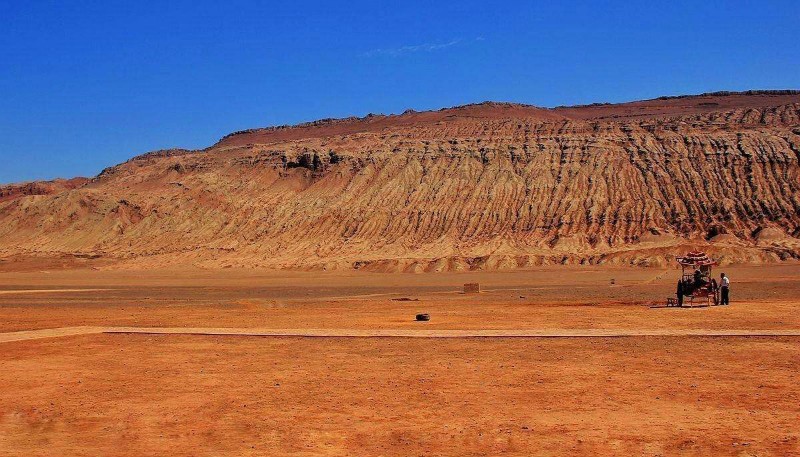 It gets hot in summer, dry and sunny. The desert regions can be scorching in the daytime. Turphan, which sits in a depression 150m below sea level, is referred to as the 'hottest place in China' with maximums of around 47C.

In winter this region is as severely cold as the rest of northern China. Temperatures in Turphan during winter are only slightly more favorable to human existence.

This area of China climate experiences little rain, and as a consequence, the air is very dry. Summers, however, can exceed 40C, while winters may drop to -10C. Precipitation averages less than 10 cm (4 inches) per year. 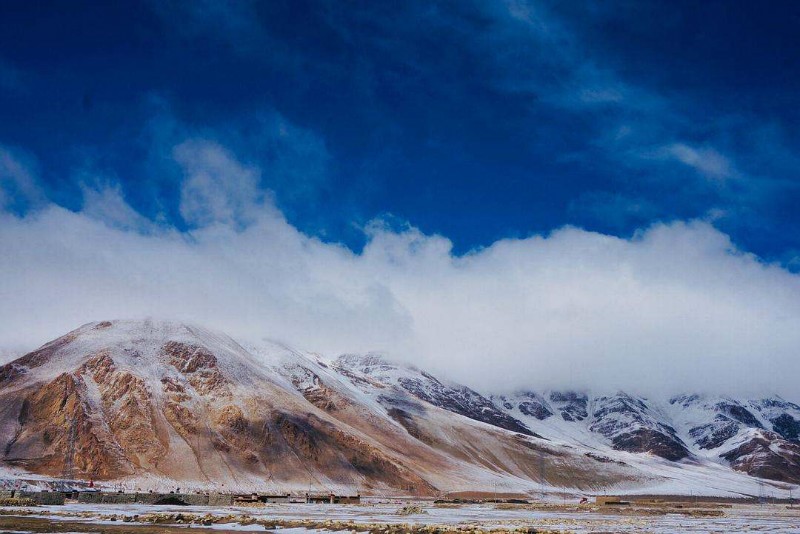 Undoubtedly, Tibet is one of the harshest places for human existence. It is cool in summer but freezing cold in winter. In Lhasa, the mildest city in Tibet, temperature may exceed 29C in summer while plummeting to -16C in winter.