Home /Pre-Qin Period
Prehistoric Times
The Prehistoric Times refer to the period from about 1,700,000 years ago to the establishment of the Xia Dynasty in the 21 century BC. As people who lived during this period developed the use of stone tools, this age is also called the Stone Age. According to the different implements people used then, the age is divided into two periods: the Paleolithic Age and the Neolithic Age.
The Paleolithic Age was characterized by the use of some simple tools. It is said that Yuanmou Man lived 1,700,000 years ago and was the earliest man in China known to the people.
The Neolithic Age was a more advanced period compared to the Paleolithic Age. People built houses and began to farm by using grinding stones. Extraordinary advancements were made during this period, whether in spinning and carving skills, or in vehicle making techniques, and music. The famous Yangshao Culture and Longshan Culture belonged to this age.
The Chief was chosen according to one's ability in a system that was called the Abdication System. Shun was recommended by the previous chief, Yao, and became his successor. Later, Yu became the chief because of his contribution to controlling floodwaters. This system continued until 2070 BC when Boyi was recommended by Yu and Qi. Yu's son killed Boyi and made himself the king. Thus the Abdication System ended.
The first dynasty - Xia hereafter came the forth ruling family in Chinese history. 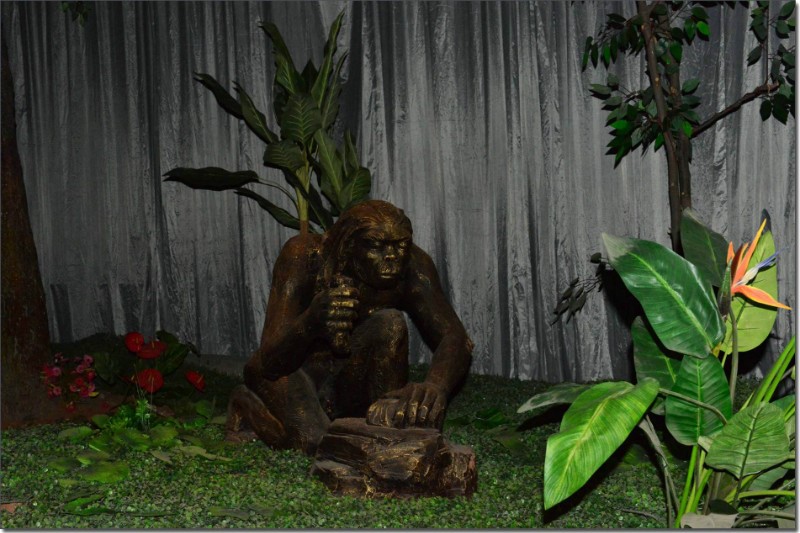 Xia Dynasty
The establishment of the Xia Dynasty (21st - 17th century BC) is an important milestone in the history of Chinese civilization and marks the end of the Primitive Society and the beginning of the Class Society. It is the first dynasty in Chinese history, and lasted nearly 500 years including the reigns of 17 emperors.
It is Yu the Great who first set up the dynasty under the Abdication System. After he died, his son Qi broke up this system and made himself the Xia emperor. From that time onwards, the Abdication System gave way to the Hereditary System.
Following the system of hereditary, 15 offspring of Qi succeeded him after his death. Among them, emperors like Shaokang, and Huai made great contributions to the development of Chinese society. However, there were also many tyrannical emperors during this period such as Taikang, Kongjia, and Jie.
Xia ended under the reign of Jie, a very notorious tyrannical emperor in Chinese history. After he succeeded to the throne, he lived an extravagant life day and night without any thought for his country or its people. In addition, he killed the patriotic ministers who presented him with good advice. All of his actions enraged the people so much that at last they rose up under the leadership of Tang (the chief of the Shang tribe and latter set up Shang Dynasty (17th - 11th century BC) and overthrew Xia. 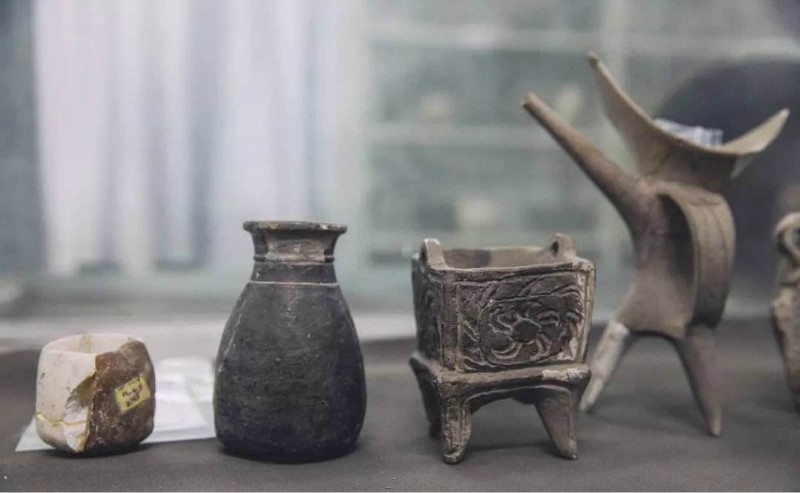 Shang Dynasty
Originally a tribe living in the lower regions of the Yellow River during the Xia Dynasty (21st - 17th century BC), Shang Dynasty was established by King Tang in 1675 BC after overthrowing the tyrannical rule of Jie, (Xia's last emperor). This dynasty lasted over 600 years and was led by 30 different emperors. As the capital of the Shang was always based in Yin (the now Xiaotun Village, in Anyang City of Henan Province), it is also known as 'Yin Shang'.
During the rule of the tenth emperor however, conditions began to deteriorate and there were multiple attempts by the emperor's own family to overthrow him and take command of the kingdom. Social problems began to emerge and the emperor's power gradually declined.
During the final period, the country was in turmoil and vassals from other countries began to rebel. Despite the turmoil and the impending uprising, Emperor Zhou (Shang's last emperor) led a luxurious life and tortured both his ministers and his people. This intensified conflicts across the kingdom and the empire was finally overthrown by Wu (chief of Zhou tribe), ending the long reign of the Shang Dynasty in Chinese history.
The bronze wares in particular reached a high level of artistry that signified the Shang's advanced civilizationnasty. The most famous bronze work from this time is the Simuwu Quadripod, weighing 832.84 kg (about 1836 pounds) it is the largest and heaviest Chinese bronze vessel. Porcelain wares were also invented during this time, the jade carving techniques were of the highest quality and the woven silk fabrics displayed the great skill and capabilities of the artisans.
Great advancements can also be seen in the written characters of Shang Dynasty which are considered the oldest Chinese written form for communication. The characters were usually carved on tortoise shells, animal bones, bronze wares or some other utensils. Many Oracle Script pieces that have been found in the Yin Ruins offer us many important events happened during that period. 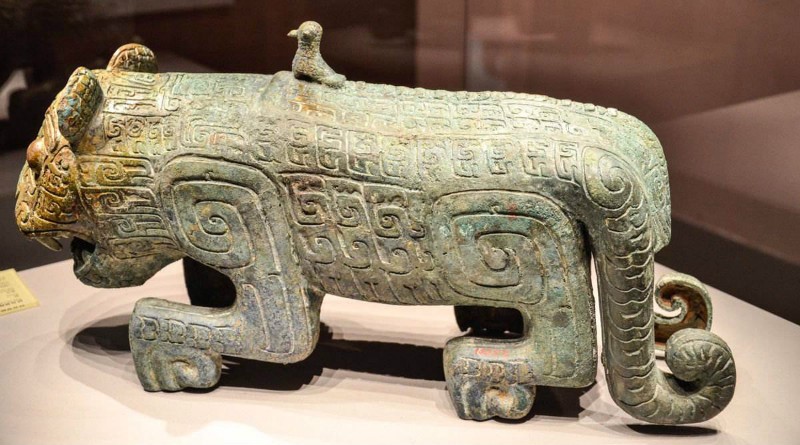 Zhou Dynasty
The Zhou Dynasty originated from the Zhou clan whose existence stretches back into history. By the 11th Century BC, this clan had become increasingly powerful and had extended throughout the present Shaanxi and Gansu Provinces. The Clan's mightiness increasingly menaced the Shang Dynasty and the conflict between the two groups intensified.
At that time, the Shang was under the rule of King Zhou. He was atrocious to his people and doted on his imperial concubine, Daji. All he did caused great rage amongst his people. The chief of the Zhou Tribe,Wenwang thought it was the right time to attack the Shang and entrusted his son Ji Fa to fulfill his last wish. After Wenwang died, his son Ji Fa ( Wuwang) succeeded him. He made full preparations for the war and killed King Zhou. Thus the Shang Dynasty ended in 1046 BC.
The Zhou Dynasty (1045–221 BC) saw China grow, fracture into states, then unite in imperialism. It was technically the longest dynasty, though the Zhouhad effectively lost power by 770 BC. Major philosophies and religions emerged that were the basis of Chinese belief in later eras, such as Confucianism and Daoism.
The era is divided into three periods: the Western Zhou Dynasty (1045–771 BC); the Spring and Autumn Period (770–476), when the empire divided into dozens of competing kingdoms; and the Warring States Period (475–221), when small kingdoms coalesced into several big warring states. 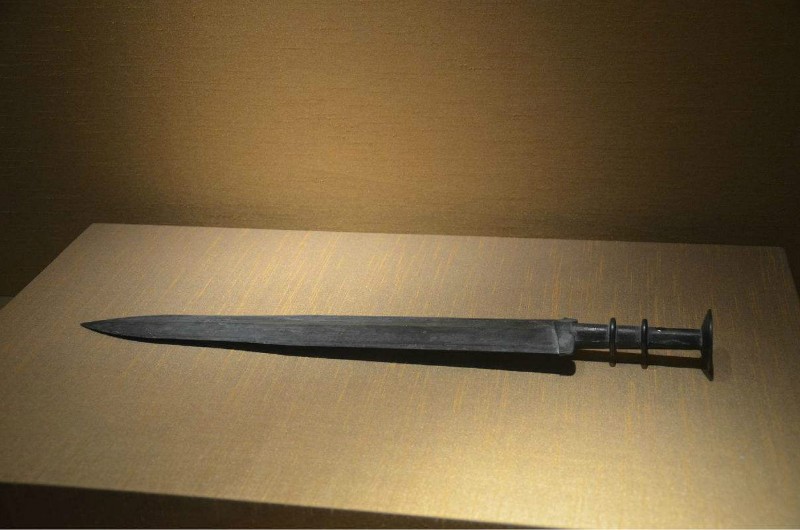