Home /Qin Dynasty and Han Dynasty
Qin Dynasty
Qin Dynasty was the first unified, multi-national and power-centralized state in the Chinese history. It lasted from 221 BC to 207 BC and laid the foundation for 21 centuries of imperial rule.. Although surviving only 15 years, the dynasty held an important role in Chinese history and it exerted great influence on the following dynasties. Only two emperors, Yingzheng - Emperor Qin Shi Huang, the first emperor in the Chinese history, and his son Hu Hai ever ruled the state, which was finally overthrown by the people's uprising.
The Qin rulers conquered all the other states and some surrounding regions. However, their dynastic rule from 221-206 BC was the shortest in the region's history. Their empire fell apart after only 15 years.
In only 9 years in successive wars from 230 to 221, the Qin conquered every other region of the former Zhou Empire. Then the Qin conquered outlying regions to the south all the way to Vietnam and to the north towards Korea. They had the biggest empire in the region's history until then.
He contributed much to the development of his country. However, during the late period of his reign, he was cruel and oppressive to his people, and caused dissatisfaction. The society was very centralized to the point that every dissenter against the rule of the court was killed, tortured, or sent for forced labor, and most literature was destroyed. The people were enslaved for wars and great construction projects. After he died, Hu Hai succeeded him. However, he was so fatuous that caused the uprising led by peasants, Chen Sheng and Wu Guang. Later the insurgency was led by Xiang Yu and Liu Bang. In 207 BC, Xiang Yu's army defeated the Army of Qin and Liu Bang swept into the capital which finally ended the Qin Dynasty. 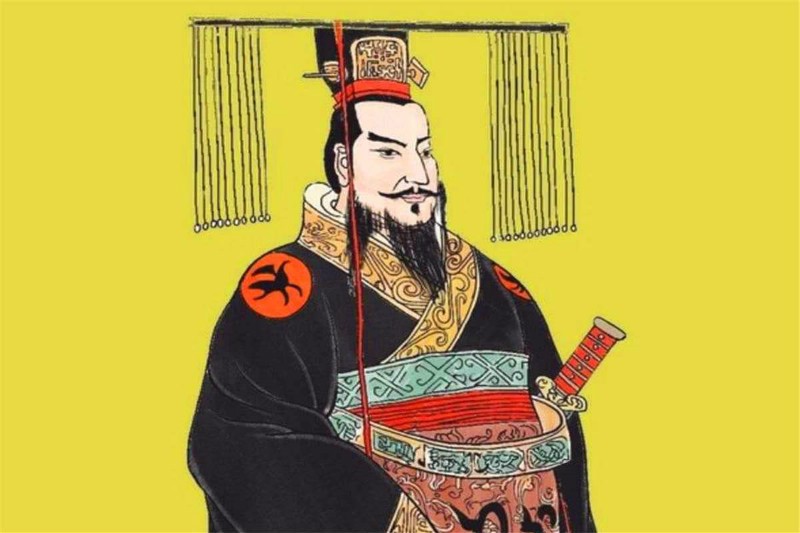 Great Construction Projects
Major projects that strengthened the state were the Wei Canal that was completed in 246 BC and Dujiangyan that allowed irrigation of the Sichuan plain that was built in 256.
They used the labor of millions of slaves to produce the Great Wall and the Qin Mausoleum that includes the Terracotta Warriors.

The first Qin emperor called Qin Shi Huang exiled even his own son who would have been the prince to work on the Great Wall. It was said someone died for every foot of the wall that they built. The emperor wanted the high wall as a fortification to keep out northern tribes such as the Xiongnu.

The Qin Mausoleum is a huge tomb complex that was constructed near present day Xi'an. It was the mausoleum for the new emperor. It is said that most of it remains unexcavated and that only a small portion has been uncovered. The small part that has been uncovered called the Terracotta. 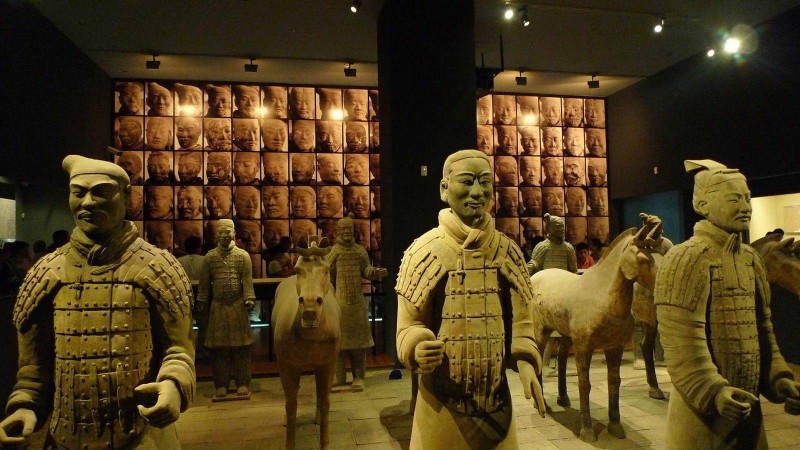 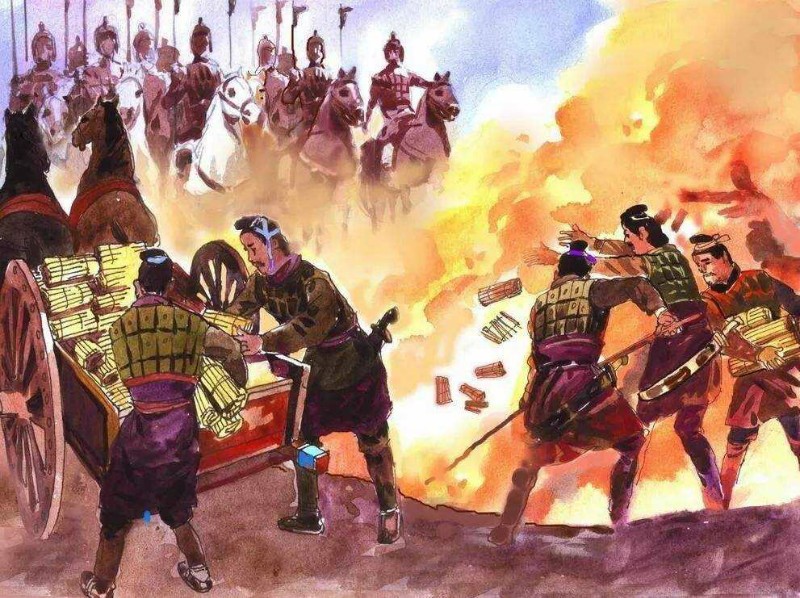 Han Dynasty
In 207 BC, the army led by Liu Bang conquered the troops of the Qin Dynasty (221 - 207BC) at Julu (currently Hebei Province) and in 206 BC he seized Xianyang (the capital city of the Qin Dynasty), thus ending the rule of Qin. In the same year, he defeated his rival, Xiang Yu, and established the Han Dynasty (206BC - 220AD). Chang'an (the present Xi'an) was made its capital city in 202BC.
In Chinese history, Han consisted of two dynasties: the Western Han (206 BC - 24 AD) and the Eastern Han (25 - 220). During the period there were 24 emperors on the throne. Many were excellent contributing to the prosperity of the country with Emperors Gaozu, Wen, Jing and Wu among them.
As many wise emperors took effective measures during their reign, the Han Dynasty was a period of peace and prosperity. China expanded its territory and trade, and Confucianism, Taoism, and Buddhism developed. It was a World power at that time with interests in literature, arts, culture and technology with this dynasty achieving numerous unparalleled and praiseworthy successes. Some of the achievements at that time still influence the lives of the Chinese people today.
People's lifestyles during the Western Han were improved significantly thanks to the economic and social stability.For the rich landlords and nobles, who lived in the city, they had power,gained priority to wear silk, and were well educated.For the Confucian scholars, who were respected in society, they had priority to be on the government staff in court. 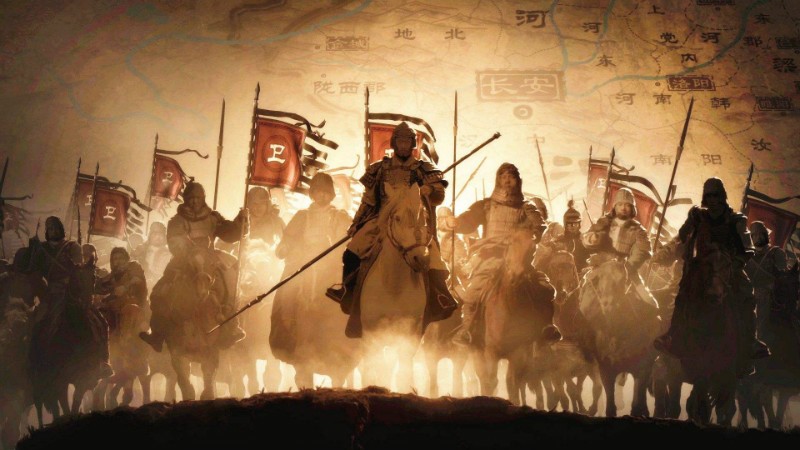 Religions and Philosophy
The Silk Road trade caused cultural changes. The Silk Road route went through territories where Buddhism was the main religion. The Yuezhi people introduced a new version called Mahayana Buddhism to the northern part of the empire when they went to Chang'an and taught about Buddhism around the year 1 BC.
The religious legacy of the 400-year Han era was the development of Confucianism and Daoism, and the acceptance of Mahayana Buddhism.

During the Western Han era, the religion of Daoism developed and became China's major indigenous religion. Confucianism was revived and mixed with Legalist ideas to forma long enduring political philosophy and religion. 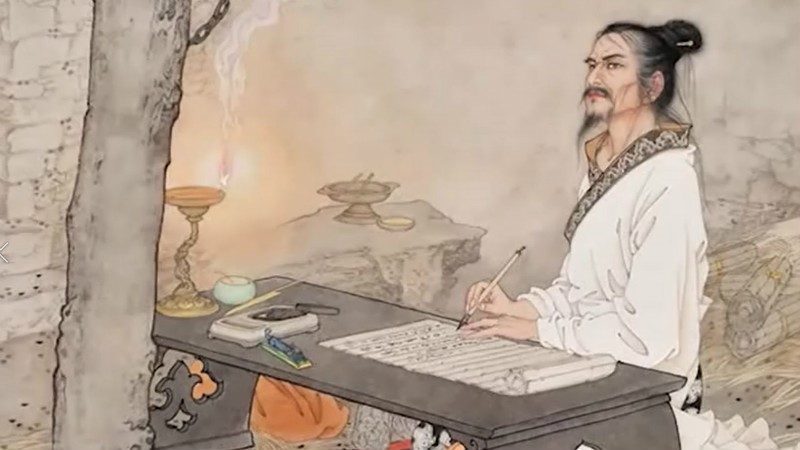