Shandong Cuisine, also known as Lu Cuisine, is considered one of the most influential schools in Chinese cuisine. Lu cuisine, the only self-originated cuisine among 8 Chinese cuisines, is originated in the Spring and Autumn Period. It has the longest history of 2,500 years and hence seen as the first of eight major cuisines of China. Lu Cuisine is more inclined to keep the freshness of ingredients than other cuisines and fond of salt flavor, featured with tender, savory and crisp. 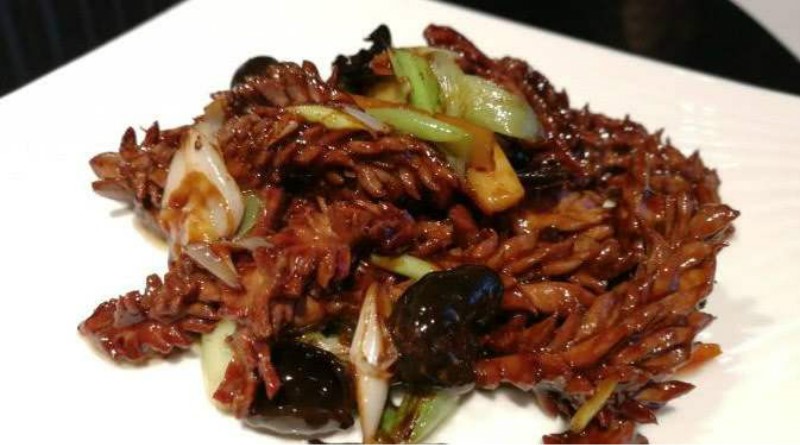 History
As early as Spring and Autumn and Warring States, Lu cuisine was emerging adepting in poultry, wild animal and seafood. In Western Zhou, Qin and Han period, Qufu and Lizi were very flourish cities, catering industry prevailing for a time. After the improvement and refinement in Sui, Tang, Song and Jin Dynasties, Lu cuisine gradually became the representative of the North China cuisine. In Song Dynasty, a typical branch of Shandong cuisine, Confucianism food or Kong Family Cuisine showed up. In Yuan Dynasty, Ming Dynasty and Qing Dynasty, Lu cuisine always served the royal court and the official government. 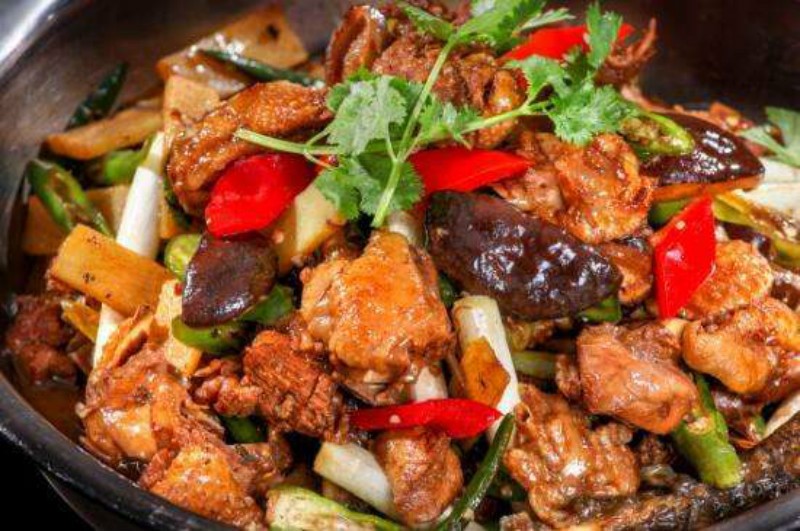 With hundreds of years’ development, many special cooking and cutting techniques popped up in Shandong cuisine and many materials were used, which are well inherited by current Lu cuisine chef.

Feature
Shandong people like spices in the onion family such as green onions and garlic. They include onions in many dishes. Braised Sea Cucumber with Scallion even takes scallion as the main ingredient. Ginger is also commonly used along with a little red pepper. But spice is less heavily applied than in Sichuan cuisine. It is meant to accentuate the flavor of the food. The chefs pay attention to the original taste of raw materials.

Many cities in Shandong are close to the sea, rich in seafood, which plays an important role in Shandong cuisine. Shandong seaweed pays attention to the quality of raw materials, and takes the soup as the seasoning to strengthen the delicious flavor and highlight the natural taste of the ingredients.
Hot fire is often used in stirring and frying. The dishes are mainly clear, fresh and fatty, cooked by such methods as quick-frying, quick-frying with corn flour, roasting, boiling, etc. 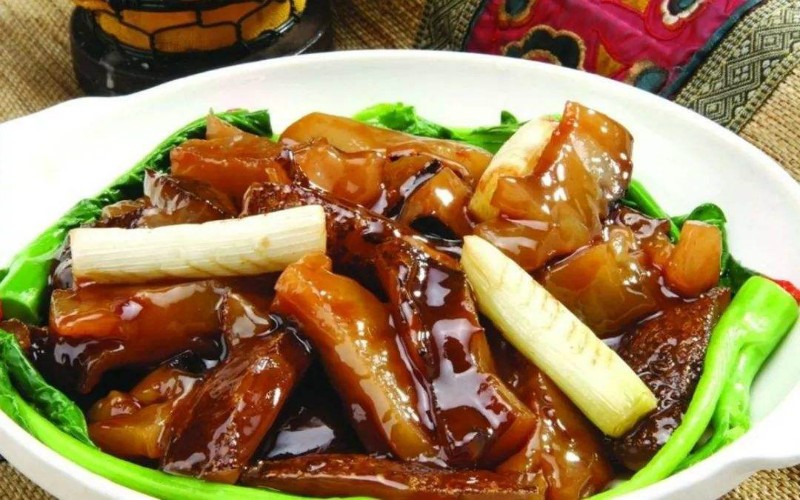 Braised Sea Cucumber with Scallion is one of the classic Shandong cuisines and sea cucumber is one of Shandong specialties. This course is full of strong fragrant scallion flavor, can be described as a delicious delicacy with full color and fragrance. To make this course, use the best green scallion—Zhangqiu green scallion, is the key, fry it until it turns to golden color. Then scatter it onto the braised sea cucumber, the source would be perfect match with each other with fully fragrance yet still keep the freshness of the sea cucumber well preserved. 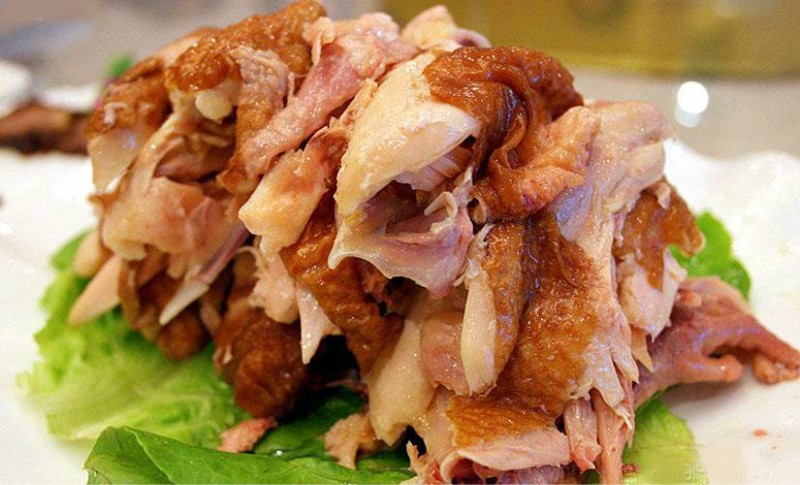 It’s one of the typical Shandong cuisines, stewed with honey, fennel, sugar for several hours. It features red glossy skin, tender texture, aromatic smell and juicy taste. The chicken is so well cooked, although the shape of the chicken is preserved, the meat easily separates from the bone.It is tasty and convenient to eat since it has no bones.Citizens from home and visitors from abroad are certain to have a taste of the chicken when they pass Dezhou.