Home /Song Dynasty and Yuan Dynasty
Song Dynasty
Starting in 960 and ending in 1279, the Song Dynasty consisted of the Northern Song (960-1127) and the Southern Song (1127-1279). With a prosperous economy and radiant culture, this period was considered as another period of 'golden age' after the glorious Tang Dynasty (618 - 907).
During the Song Dynasty, technology was highly advanced in fields as diverse as agriculture, iron-working, and printing. Indeed, scholars today talk of a Song economic revolution. The population grew rapidly during this time, and more and more people lived in cities. The Song system of government was also advanced for its time. The upper-levels of the government were staffed by highly educated scholar-officials selected through competitive written examinations. 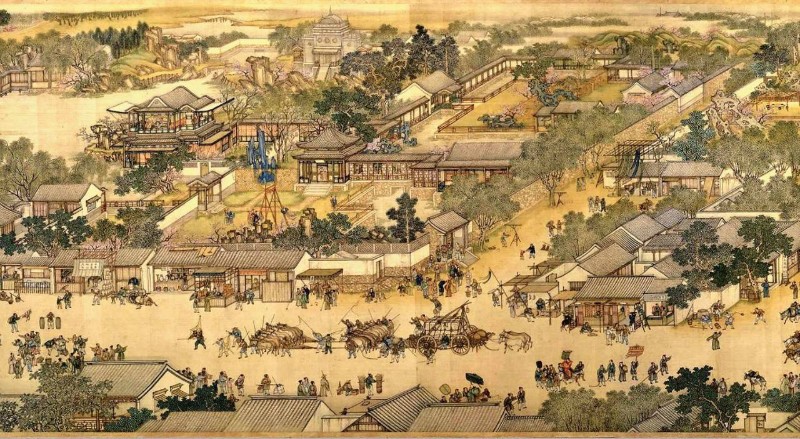 Economic and Agricultural Development
Overall, over the course of 300 years, the Northern and Southern eras of the Song Empire were prosperous. However, the Southern Song Empire experienced wealth and advancement never before seen in history. The population doubled in the 10th and 11th centuries, and science and technology advanced. The Song built several of the world's biggest cities that had ever existed up to that time. During the era of relative prosperity and peace, agricultural development, commerce, urbanization, and industrialization advanced. 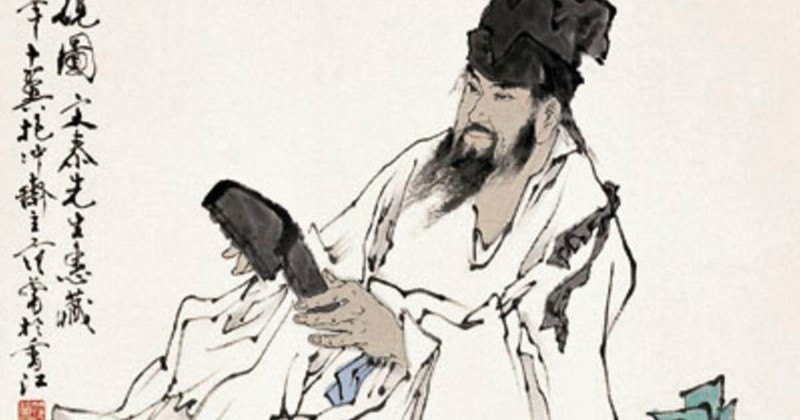 The Song Empire enjoyed unprecedented economic growth. Large commercial cities such as Hangzhou grew so large and rich that they astounded Marco Polo (1254–1324), the Italian merchant and government official, when he saw them. He thought Hangzhou was the grandest and most beautiful city in the world.Private trading companies in these giant merchant cities exported Chinese tea, silk and manufactured goods such as steel products. Silk and porcelain were the two most valuable exports.
The farmers were wealthier and better educated than in earlier eras, and agricultural manuals helped to disseminate the best techniques for rice cultivation. The new drought resistant rice from southeast Asia could grow at higher elevations and further north than the native rice. So rice cultivation spread into more areas of the Song Empire.
The Song had a law that any farmer who planted on fallow land and paid taxes could own the land, and this encouraged peasants to become landowners. The Song had more land under cultivation than in the geographically much larger and more populous later Ming (1368–1644) and Qing (1644–1912) empires. Some peasants became wealthy farmers.
Arts and Education
Urban dweller's education improved since schools were numerous, and greater wealth allowed the people to have the time to engage in study, reading, artistic pursuits, and travel. Mass circulating books and periodicals became common for the first time in any country, and average people and even farmers enjoyed reading fictional novels. 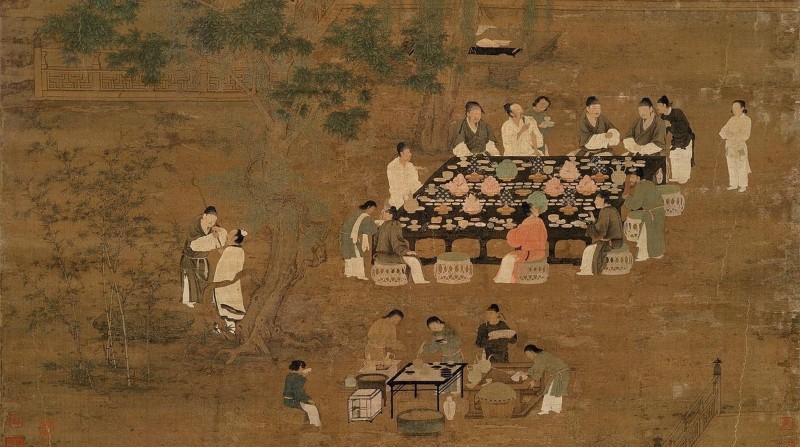 Arts and theater thrived. Theaters, performing arts stages, and teahouses with regular treatrical and musical entertainment became common. Their wealth allowed them to enjoy arts and recreational activities.The arts and theater grew increasingly learned and refined.
Science and Technology
Shen Kuo's Dream Pool Essays of 1088 was a voluminous scientific composition that can be said to contain the forefront of knowledge in his time of astronomy, magnetism and other fields. He is said to have discovered the concepts of true north and magnetic declination towards the North Pole. However, he didn't discover the compass. It is known that lodestone compasses were used a thousand years before in the Han era. But he was the first to describe the declination of the magnetic needle. This knowledge predates European discovery. 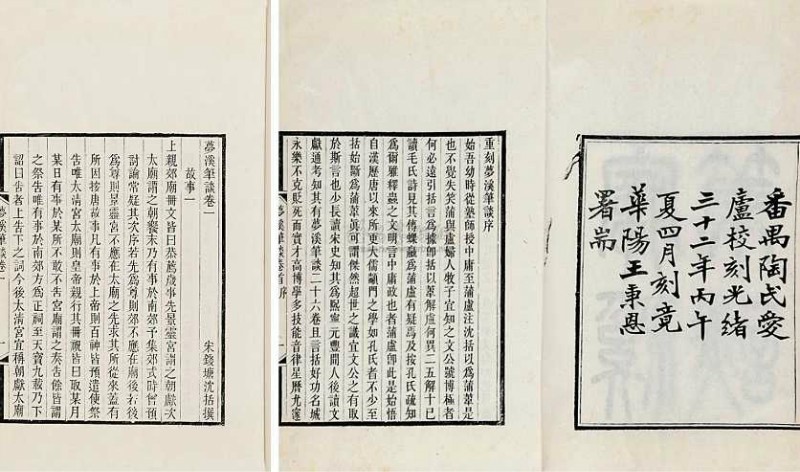 The Song alchemists/chemists were especially good at concocting dozens of varieties of different kinds of gunpowder to use for different purposes. The varieties of gunpowder and gunpowder products were very important inventions.
The Song used varieties of gunpowder in rockets including multistage rockets, guns, cannons, chemical warfare weapons, and bombs. Gunpowder became powerful enough to make dangerous weapons. Zeng Gongliang and Yang Weide wrote a treatise called Wujing Zongyao in 1044 that described several formulas for making powerful blasting powder with a large percentage of nitrate. They used blasting powder for mining and other peaceful uses as well.
Yuan Dynasty
The Yuan Dynasty (1271-1368) ended the 370-year divisive period and unified the whole country, paving the way for a lasting unification through the Ming and Qing period. Kublai Khan, a grandson of Genghis Khan and the supreme leader of all Mongol tribes, established Yuan Dynasty. 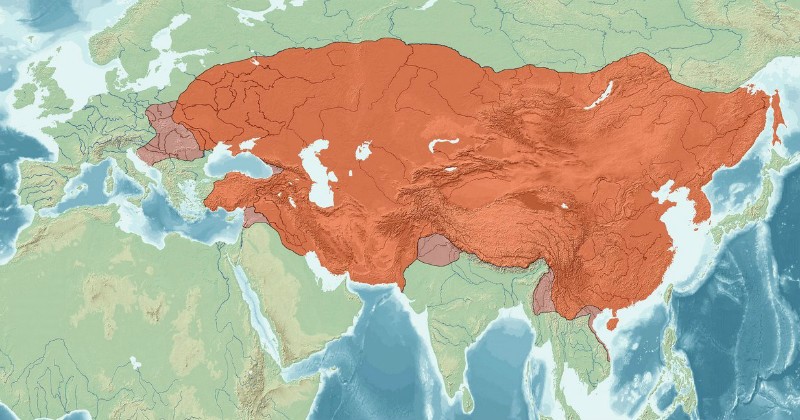 The Yuan regime rulers adopted laws from the Han nationality and set up political, economic and cultural systems that promoted social development. In its early period, they also developed a fine postal system and an extensive network of roads and canals reaching to the distant Mongol.As in other periods of China, the culture got a lot of development during the Yuan dynasty, especially, the drama and the novel. During this time, much communication with West Asian and European produced rich cultural exchange. And western musical instruments were introduced to enrich the Chinese performing .
Cultural Achievements
As in other periods of alien dynastic rule of China, a rich cultural diversity developed during the Yuan dynasty. The major cultural achievements were the development of drama and the novel and the increased use of the written vernacular. The Mongols’ extensive West Asian and European contacts produced a fair amount of cultural exchange.
Western musical instruments were introduced to enrich the Chinese performing arts. From this period dates the conversion to Islam, by Muslims of Central Asia, of growing numbers of Mongol and Yuan Dynasty EmpiresChinese in the northwest and southwest. Nestorianism and Roman Catholicism also enjoyed a period of toleration. Lamaism (Tibetan Buddhism) flourished, although native Taoism endured Mongol persecutions. Confucian governmental practices and examinations based on the Classics, which had fallen into disuse in north China during the period of disunity, were reinstated by the Mongols in the hope of maintaining order over Han society. 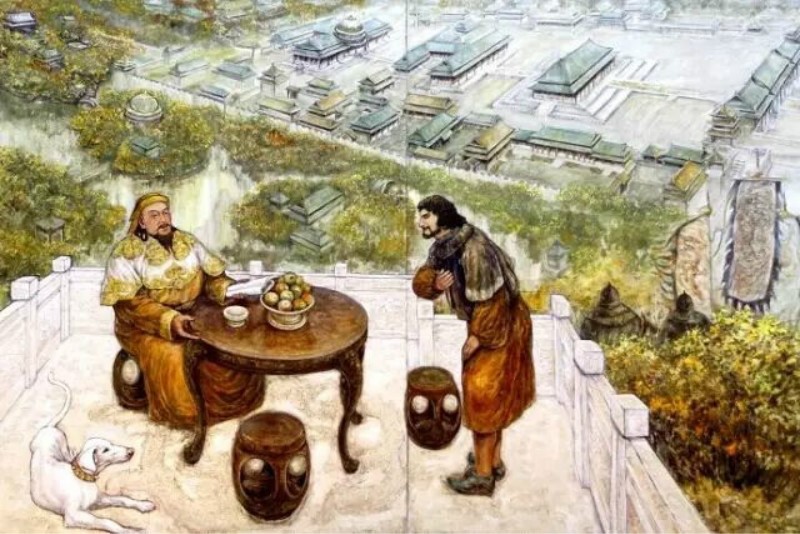 Advances were realized in the fields of travel literature, cartography and geography, and scientific education. Certain key Chinese innovations, such as printing techniques, porcelain production, playing cards, and medical literature, were introduced in Europe, while the production of thin glass and cloisonne became popular in China. The first records of travel by Westerners date from this time. The most famous traveler of the period was the Venetian Marco Polo, whose account of his trip to "Cambaluc,” the Great Khan’s capital (now Beijing), and of life there astounded the people of Europe. The Mongols undertook extensive public works. Road and water communications were reorganized and improved. To provide against possible famines, granaries were ordered built throughout the empire. The city of Beijing was rebuilt with new palace grounds that included artificial lakes, hills and mountains, and parks.
Politics
The 'Four Class System' was a legal caste system in the Yuan Dynasty. After the founding of the Yuan regime, Kublai Khan, the first emperor in the Yuan Dynasty, set up this system to consolidate the ruling status of the Mongolian Ethnic Minority, which had a small number with great disparity to the majority Han people. 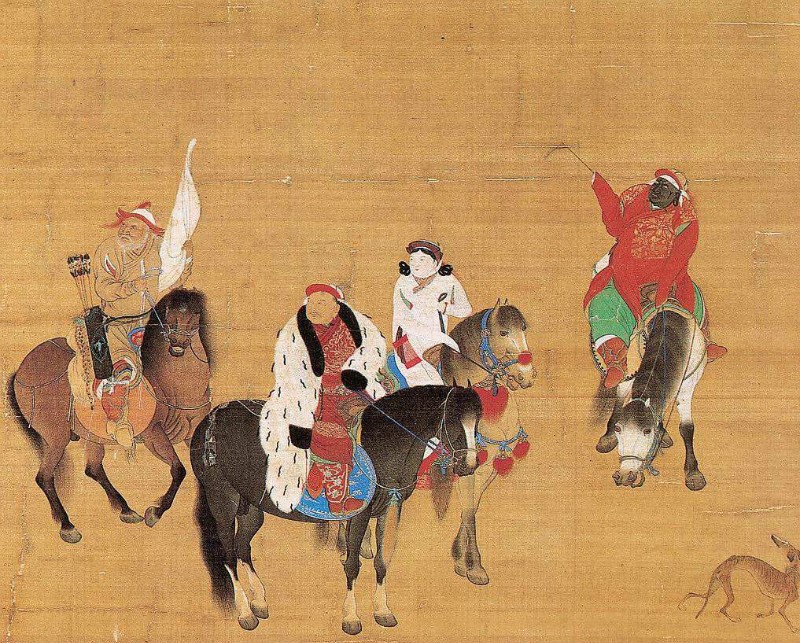 Specifically, the four classes of people by the descending order were Mongolian people, Semu people, Han people (in the northern areas of China) and Southerners (people of the former Northern Song Dynasty (1127 - 1279)). According to the Yuan rulers' mind, the grading sequence was based on the sequencing of Mongolian's conquest of these people. Some historical scholars said that it was a kind of psychological indication that the earlier they submitted to Mongolian people, the higher social status they would be. 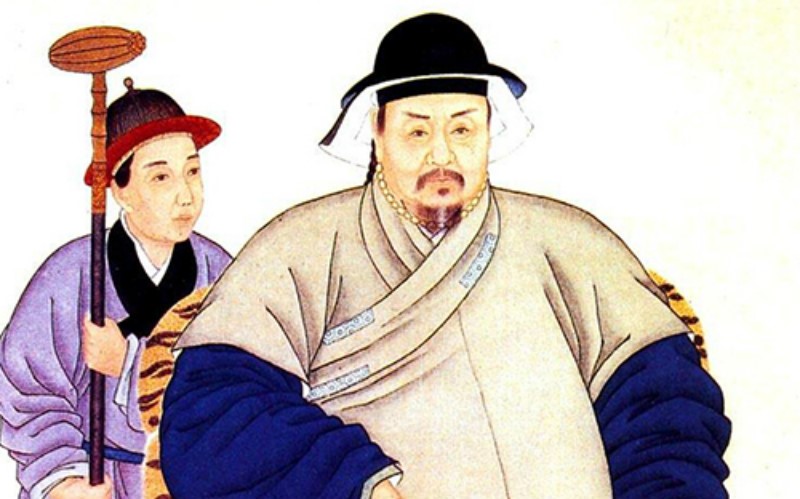 Generally, the 'Four Class System' was a national policy of political oppression and ethnic division. Originally, it was established by Yuan's ruling class to guarantee the dominance of the Mongolian minority but it eventually became the catalyst that sped up the decline of the Yuan regime.