Home /Sui Dynasty and Tang Dynasty
Sui Dynasty
The Sui Dynasty (581–618) ruled over much of China, after uniting the four kingdoms of the Northern and Southern Dynasties (420–589). Reminiscent of the Qin Empire, it was a short, intense dynasty, with great conquests and achievements. The Sui also set the stage for and began to set in motion an artistic and cultural renaissance that reached its zenith in the succeeding Tang dynasty (618–907). Its capital was at Daxing, which, during Tang times, changed its name to Chang’an (now Xi’an). 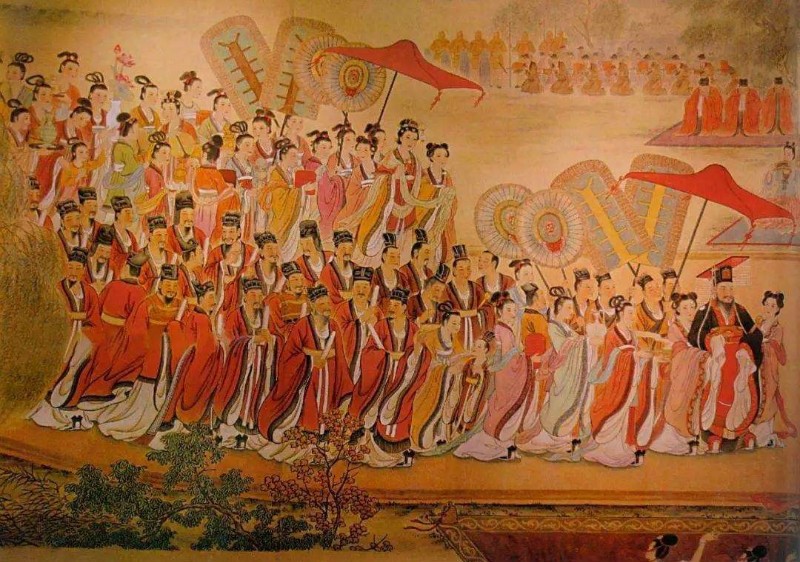 Economy
As a result of the reunification, the society became stable and peaceful which encouraged economical and political development.
At the beginning, the agricultural acreage increased greatly which promoted the crop yield. Meanwhile, the commerce in Luoyang was fairly prosperous and in order to develop the national economy, a series of policies, such as Juntian System and Zutiao System, were carried out. This equally distributed the farmland and moderated the tax rates while increasing the fiscal revenue.
In order to enhance the communication between southern and northern areas, Emperor Yang ordered his people to dredge a grand canal running from north and south. Centering on Luoyang, the Grand Canal was more than 2.5 miles long and functioned as the main artery in the Nation's transportation. The Grand Canal played an important role in economical and cultural exchange between southern and northern areas. 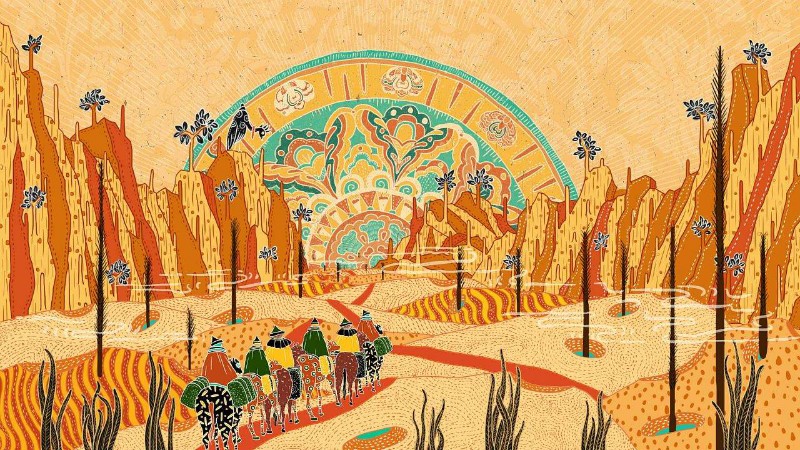 Politics
A new political system - Three Departments and Six Ministries was established - the first in Chinese history. Under this system, the royal power was enhanced and the work division in the court became detailed. Since this period, the method of selecting talent was thoroughly overhauled. The traditional Jiupin Zhongzheng Hierarchical System was replaced by the Imperial Examination System, which connected studying, the taking of examinations and attaining an official position. It had a profound influence on the selection of talent in Chinese history.
Grand Canal Construction
A major engineering achievement was finishing the construction of much of the Grand Canal from Hangzhou to Beijing. He urged his people to finish it quickly because he wanted to use it to transport resources for his war against Goguryeo.The Grand Canal is the world's longest canal and artificial river. It extended from the merchant city of Hangzhou in the south, across the Yangtze River, and up to Luoyang, which was the capital of the empire.
Although building the canal impoverished his own empire, the relative ease of traveling across it added to the Tang empire's prosperity. 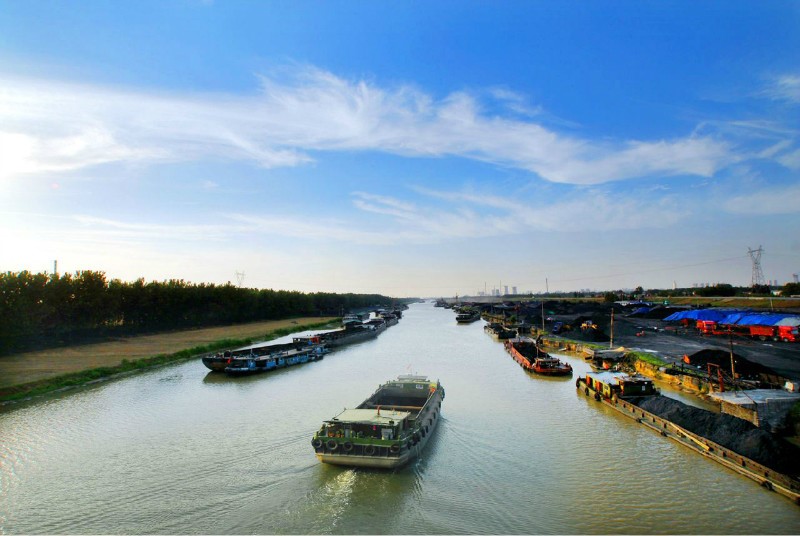 Tang Dynasty
Tang Dynasty was an imperial dynasty of China preceded by the Sui Dynasty and followed by the Five Dynasties and Ten Kingdoms Period. It was founded by the Li family, who seized power during the decline and collapse of the Sui Empire. The dynasty was interrupted briefly by the Second Zhou Dynasty (October 16, 690–March 3, 705) when Empress Wu Zetian seized the throne, becoming the first and only Chinese empress regnant, ruling in her own right.
Viewing the Chinese history record, you will find the Tang Dynasty was the most glistening historic period in China's history. Founded in 618 and ending in 907, the state, under the ruling of the Tang Dynasty, became the most powerful and prosperous country in the world. Particularly, in this glorious period, the economy, politics, culture and military strength reached an unparalleled advanced level. 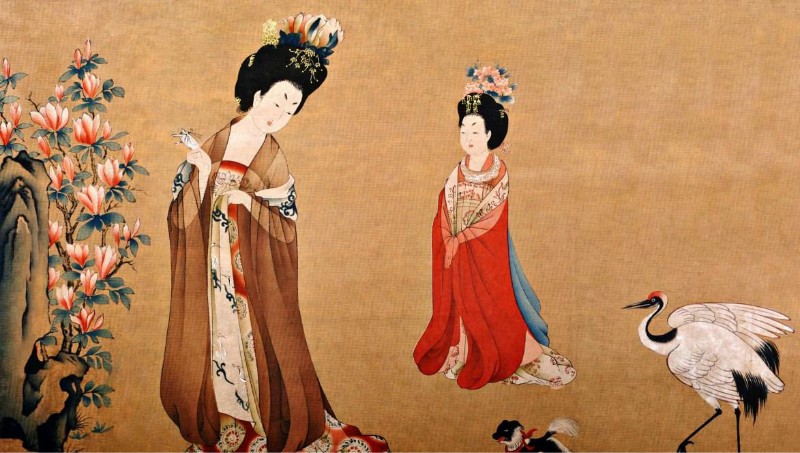 Culture and Art
It is rightfully ranked as the classical period of Chinese art and literature, as it set the high standard to which later poets, painters, and sculptors aspired. The expressions and images contained in the poems of Li Bo (701–762) and Du Fu (712–770) reflect the flamboyant lives of the court and the conflicting sentiments generated by military campaigns. The vigorous brushwork of the court painter Wu Daozi (689-after 755) and the naturalist idiom of the poet and painter Wang Wei (699–759) became artistic paradigms for later generations. Although the An Lushan rebellion in the middle of the century considerably weakened the power and authority of the court, the restored government ruled for another century and a half, providing stability for lasting cultural and artistic development. 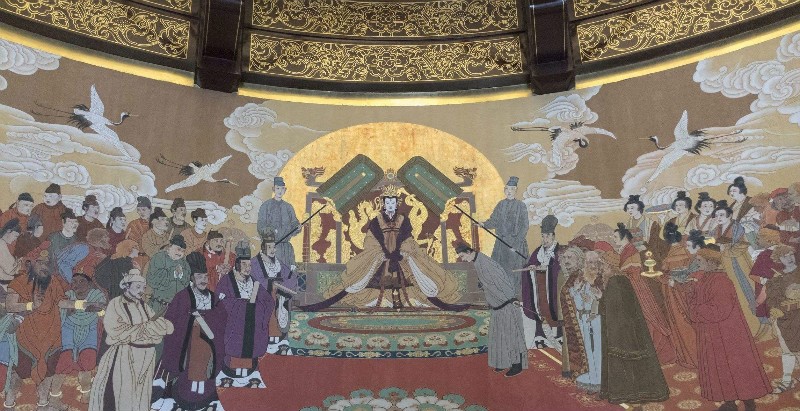 Politics
Taizong set out to solve internal problems within the government which had constantly plagued past dynasties. Building upon the Sui legal code, he issued a new legal code that subsequent Chinese dynasties would model theirs upon, as well as neighboring polities in Vietnam, Korea, and Japan. The earliest law code to survive though was the one established in the year 653, which was divided into 500 articles specifying different crimes and penalties ranging from ten blows with a light stick, one hundred blows with a heavy rod, exile, penal servitude, or execution. The legal code clearly distinguished different levels of severity in meted punishments when different members of the social and political hierarchy committed the same crime. For example, the severity of punishment was different when a servant or nephew killed a master or an uncle than when a master or uncle killed a servant or nephew. The Tang Code was largely retained by later codes such as the early Ming Dynasty (1368–1644) code of 1397, yet there were several revisions in later times, such as improved property rights for women during the Song Dynasty (960-1279). 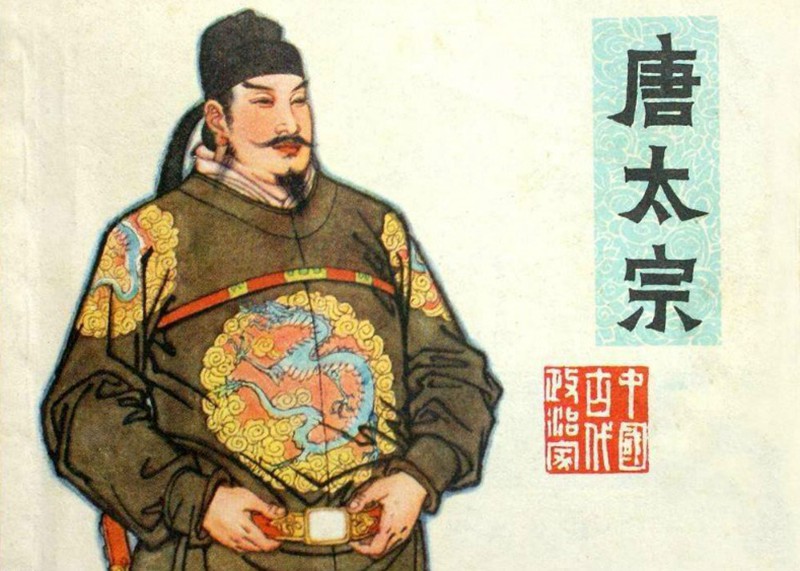 Economy
Through use of the land trade along the Silk Road and maritime trade by sail at sea, the Tang were able to gain many new technologies, cultural practices, rare luxury, and contemporary items. From the Middle East, India, Persia, and Central Asia the Tang were able to acquire new ideas in fashion, new types of ceramics, and improved silver-smithing. The Chinese also gradually adopted the foreign concept of stools and chairs as seating, whereas the Chinese beforehand always sat on mats placed on the floor.To the Middle East, the Islamic world coveted and purchased in bulk Chinese goods such as silks, lacquerwares, and porcelain wares. These musical instruments included oboes, flutes, and small lacquered drums from Kucha in the Tarim Basin, and percussion instruments from India such as cymbals.