Located in the east of the Asian continent, on the western shore of the Pacific Ocean, China has a land area of about 9.6 million sq km, and is the third-largest country in the world, next only to Russia and Canada.

The topography varies greatly in China, a vast land of high plateau, large plains, hilly area (foothill) and big or small basins surrounded by high mountains. All the five basic topographic types in the world you can find in China.

Mountainous land, plateaus and foothills make up 2/3 of Chinese territory. (And this has created some problems in transport and in the development of agricultural production. However such topographical features are conducive to the development of forestry, mineral and hydropower resources and tourism.)

With highlands in the west and plains in the east, China has a varied topography. The terrain gradually descends from west to east like a staircase. The lie of the land may be divided into four tiers. 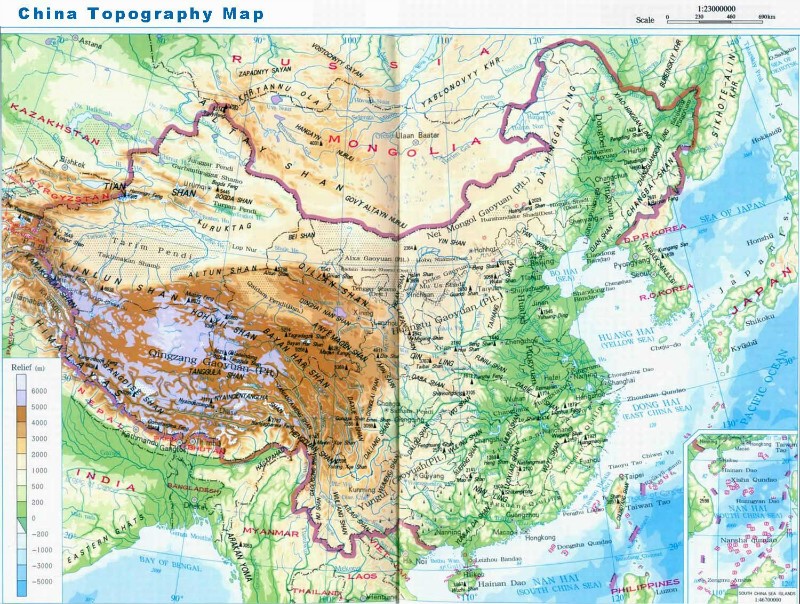 The Top of the Four-step Staircase

Due to the collision of the Indian and Eurasian plates, the Qinghai-Tibet Plateau rose continuously to become the top of the four-step staircase, averaging more than 4,000m above sea level, and called （the roof of the world）. The Qinghai-Tibet Plateau in the southwest of China forms the highest tier. It is a land of peaks and valleys studded with innumerable lakes. Along the plateau's southwestern fringe is the Himalayan Range, on the eastern section of which looms the 8, 848. 13 meter-high Mt. Qomolangma (Mt. Everest), the main peak of Himalayas, the world's highest peak.

Second step of the Staircase

The vast area north and east of the Qinghai-Tibet Plateau, lying north and east line running from Mt. Kunlunthat, Mt.Qilian and Mt.Hengduan drops to an elevation between 1, 100 and 2, 000m forms the second tier(second step of the staircase)-a land interspersed with extensive basins, plateaus, highlands and plains. There are the gently sloping Inner Mongolia Plateau, the Loess Plateau in the north, the Yunnan-Guizhou Plateau in the south, the Tarim Basin, the Junggar Basin and Suchuan Basin. Here the Turpan Basin in Xinjiang is 154m below sea-level-the lowest depression in China, second-lowest depression in the world. 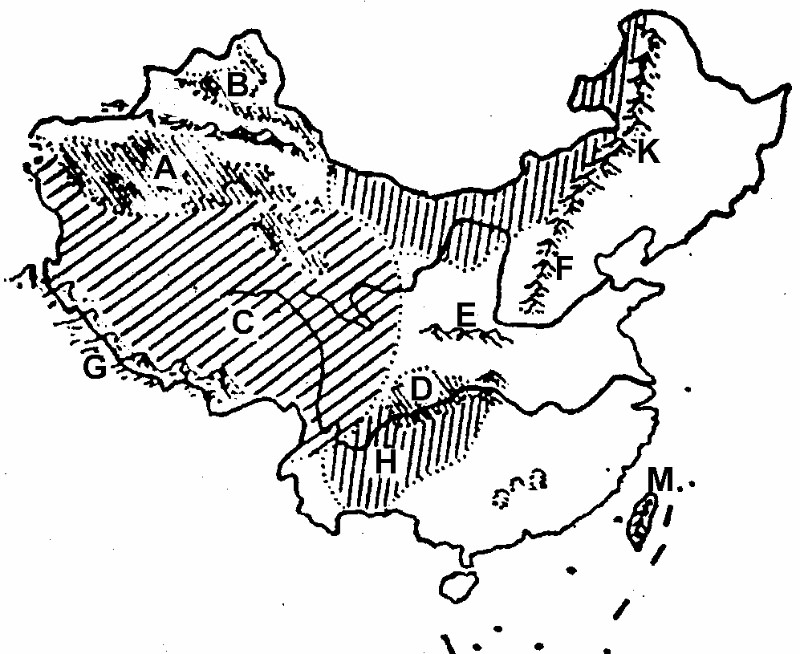 Third Step of the Staircase

The third tier(third step of the staircase) is a vast area of foothills and plains with an elevation between 500m and 1,000m, lying east of the line running from the Greater Hinggan and Taihang ranges in the north to the foothills of the Wushan Mountains and the Xuefengshan Mountains, and extends eastward to the coast of the Pacific Ocean. Some peaks of mountains in this area are as high as 2, 000m, the plains along the coast have an elevation of less than 50m. Here,from north to south,are the Northeast Plain, the North China Plain ,the Middle-Lower Yangze River Plain and Zhujian Delta. Interspersed amongst the plains are Hills and foothills.

Fourth Step of the Staircase

Off the Chinese coast is an extensive continental shelf, the fourth step of the staircase, richly endowed with petroleum, natural gas and marine products. The water here is mostly less than 200m deep. 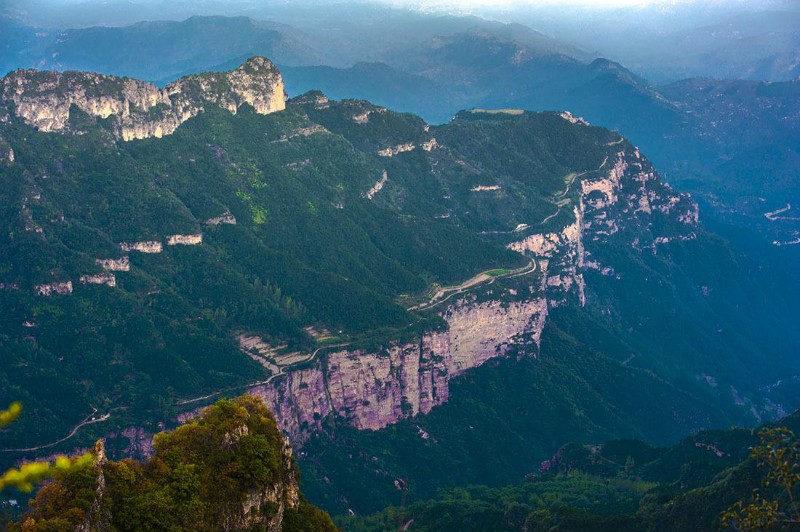 Mountain Ranges
There are many mountain ranges in China. Those extending from east to west are the Tianshan-Yinshan ranges and those in the center are the Kunlun-Qinling ranges, and those in the south are the Nanling ranges. Ranges that stretch in a NE-SW direction are, for the most part, located in the eastern part of China. They are the Greater Hinggan Range, Taihang, Wushan, Xuefengshan, Changbaishan and Wuyishan ranges. Those running in a NW-SE direction are the Altai and Qilianshan ranges. Ranges that run in a north-south direction are the Hengduanshan and Helanshan ranges. And on the border between China and India, Nepal and other countries looms the 2, 400 kilometers-long Himalayan Range with an average elevation of 6, 000m. 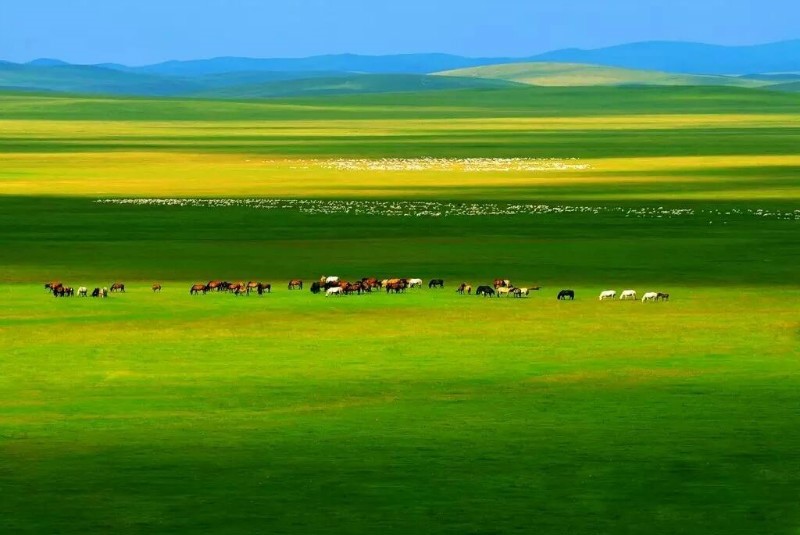 Plains
In China are three large plains with fertile soil, on which crops grow in luxuriant, as well as many small ones in the Chengdu area, the Pearl River Delta, western Taiwan Province and other areas.