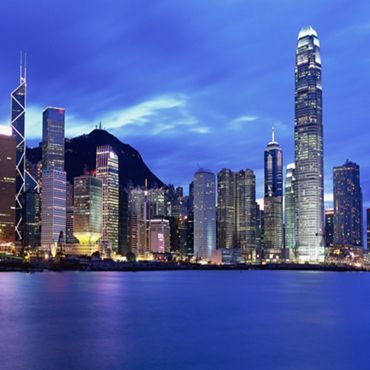 This tour is designed for those golf lovers,just relax yourself here.

You will be picked up at your hotel in Hong Kong in the morning and transferred to Guanlanhu Hotel, Dongguan. Upon our arrival, check in to the hotel and have a rest. After lunch, let’s visit the [Golf Street] where all the shops sell golf products. The rest time of the day will be free.

It’s your golfing day today! Practice or display your golfing skills in [Guanlanhu Golf Course], the world’s largest golf course as much as you like.

We will visit the [Keyuan Garden] after check out from the hotel. Built in 1850 in the Xianfeng reign of the Qing Dynasty and covering an area of 2 200 hectares, Keyuan Garden is one of the four famous gardens of the Qing Dynasty. It is rectangular-shaped with dozens of aged traditional buildings located around in the garden. It is restored after the founding of PRC and got another name Keyuan Museum. Keyuan Garden or Keyuan Museum, where Lingnan School of traditional Chinese painting originated and developed, is now under state protection as a national cultural relic (2000).

We then drive to visit the [Humen Pools for Destroying Opium] and [Humen Cannon Terraces] that are two national cultural relics, selected by the Chinese State Council in 1982. They are historic reminders, which always awake the Chinese people that the weak will be forced out in this tough world.

After all the visits, drive back to Hong Kong. The tour ends when you are transferred back to your hotel or apartment in Hong Kong.

* The price is only for your reference and it is subject to seasons, high or low.Please send us your inquiry if you are interested.* Price is in US dollar. It may vary a little bit according to US dollar exchange rate fluctuation, car fuel price change and government tax adjustment, etc.

A. Personal English-speaking Guide
B. Experienced Driver + comfortable Private car/van/bus for the driving part
C. Admission fee for the attractions enclosed in the square brackets in the itinerary
D. Accommodation in Guanlanhu Hotel
E. Meal specified in the itinerary

A. Gratuities, Tips to local people, the guide and driver
(Although not compulsory, if you think your guide and driver have done a good job at the end of the tour, we suggest you tip them at you own decision to show your appreciations.)
B. China Visa
C. Other Personal Expenses.