Nowadays, Anshun has been developed into an important market and commercial centre. Its local products are diversified, including batik products (also known as the wax-printing) which are addressed respectfully as the first dye in Asia; kitchen knife, scissors and leather knife, Buyi Carpet and the green tea.

The region produces a lot of batik. Some of the batik on sale in Dali and most of it in Yangshuo are from Guizhou. There also various other handicrafts. There are a group of stores selling these along the West side of the main street just North of the bus station, halfway downtown from the train station which is at the South end of that street.

Anshun Batik
Anshun is particularly distinguished for its batik work. A story descends generation by generation, saying that the making of wax-printing began more than two thousand years ago when wax from a convenient beehive dribbled carelessly over some linen waiting dyeing. People were surprised at the beautiful and delicate patterns and started to make them on purpose. 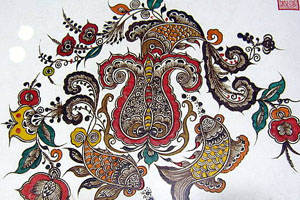 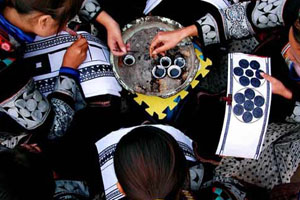 Anshun Buyi Carpet
The Buyi Carpet of strong ethnic characteristics has great artistic value. The carpet has been exported to many countries in the world. 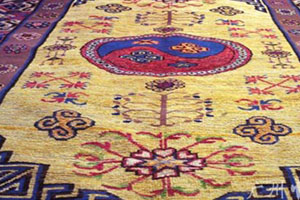 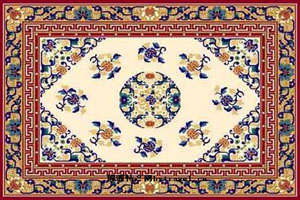 Ethnic embroidery
Ethnic colorful embroidery, mainly made by Buyi and Gejia minorities, are not only durable and charming, but also highly artistic.

An Liquor
An Liquor is clear and transparent. It offers a pure, mild and mellow soy sauce fragrance that lingers. It has won many prizes in the country and also around the world.