Along Chuan-Qian(Sichuan-Guizhou) Railway, Zunyi lies in the north part of Guizhou. The prefecture is under its jurisdiction Honghuagang district with 12 counties and cities. In virtue of momentous historical events, Zunyi has become one of the most famous cities in China.

The name“Zunyi” came from “Wupian wupo，zunwang zhi yi”. As an area belonging to great Ye Lang in the Warring State Period, and a district in Qin & Han period, Zunyi enjoys a centuries-old history. ln Ming Dynasty, it became a government in Sichuan. Later in Qing Dynasty it became one part of Guizhou. Having been zunyi city since 1997, it covers an area of 30,762 sp kilometers, with two districts, two sub-cities and ten counties, and a total population of 725 millions（in 2005）. Population in Central City is about 800,000.

As the second largest city of Guizhou, with its south to Guiyang, west to sichuan, north to Chongqing, Zunyi has been endued with an important location in terms of transportation and nature.

Famous for Zunyi Meeting by the Red Army on the Long March（in 1935）, the city witnessed numerous historic events such as “four times to cross Chishui River”, “Loushanguan Victory”, and so on. Besides, Maotai wine is well-known at home and abroad as a Liquor of high quality. Since the Reforming and Opening Policy, Zunyi has achieved a series of honors like “the famous city of history and culture”, “An excellent city tourism,” to name just a few in various areas, including wine, gardening and so on.

With its long history, charming scenery, unique tourism resources, favorable environment, agreeable climate, and industrial people, the city of Zunyi has gained abundant fame and well-taken advantages to develop into an emerging tourism city. In recent years, the Party and government have seized many valuable opportunities and spared no efforts for a further develop of four characteristics of the city: the culture of the Long March, green ecology and local culture，nature culture and wine culture and so and forth. 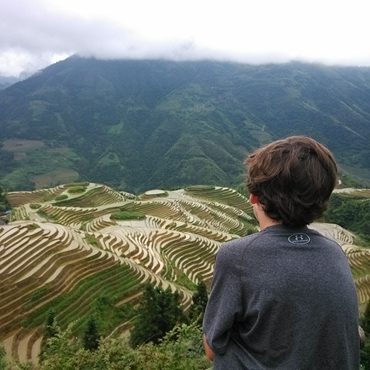