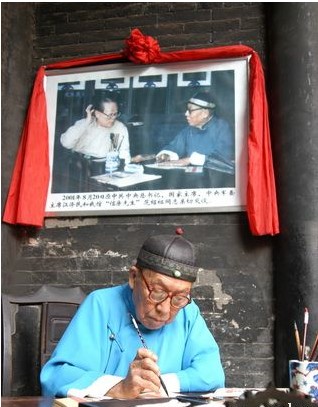 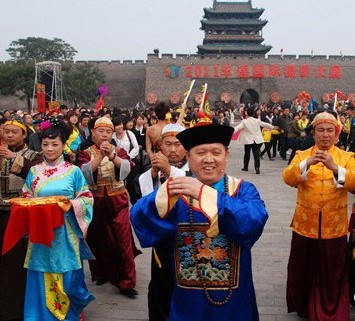 The Letter Writer Writing a Draft
Visitors at Rishengchang can observe Chinese calligraphy being written and can understand the importance of letter-writers to businessmen and illiterate people. Wearing a Qing style costume, eighty-two years old Fan Shaozu, a retired cadre, acting as a letter writer, will write a bank draft or a letter using ancient style characters with brush on old-style paper and envelope, at the visitor's request. These replica bank drafts will remind people of the Shanxi merchants and their banks.

The Magistrate Praying for Rain
During the late Qing Dynasty, a three-year drought resulted in total crop failure. The Magistrate, He Zhiping, was extremely worried so he selected a day to lead all the officials and runners to the City God Temple to pray for rain. Suddenly, thunder rolled and then a torrential rain fell. This story is strange and moving.

The Magistrate welcoming Guests
Drum boom and flags flutter. Ranks of armed soldiers march through the gate. The warriors guarding the bridge carry spears and ride on armored horses. With horns and drums playing, the welcoming procession pushes the door open and walks through. People holding lanterns in their hands lead the procession followed by the Magistrate, and then people holding parasols, the secretaries and ceremonial officials. Cannons thunder. The Magistrate proposes a toast, and then gives the visitors an entry document and seals it with the county document seal. Visitors enjoy watching this spectacle of ancient ceremony.

Place: The Barbican Entrance of the Northern Gate

Employing Clerks
Actors portraying the manager, Lei Lutai, and a would-be clerk give a performance that attracts visitors. First, the manager examines the candidate, his appearance, and stature, then has him wear iron shoes and an iron hat to check the size of his feet and head. Secondly, the manager questions him to check his eloquence and capability to deal with emergencies. Thirdly, the manager checks his ability to write Chinese characters with a brush and calculate on an abacus. Fourthly, the manager gives three exams: an interview, and oral and written exams. A successful candidate will receive an offer of employment.

Shanxi merchants were renowned at home and abroad for outstanding achievements because the banks relied on capable people. Today we wonder why wearing iron shoes and hat are qualifications for this kind of job.

Performance Schedule: When a special fee is paid
Place: Rishengchang

Land Boat Dance
The land boat is a traditional folk dance of the Han Nationality, where a dancer 'wears' a large decorated cloth boat around her waist, often with lanterns and colored silk hanging from it. When the dancers run and sway, the rippling fabric boat appears to be moving across a lake. Candles illuminate dances held at night, entrancing those who watch. 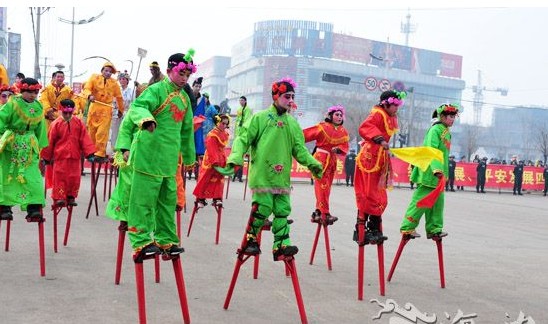 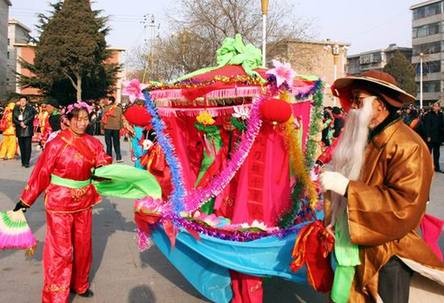 Stilt Walking
Chinese stilts can be two to more than three meters high. The performers stand on footplates and their lower legs are bound to the upper part of the stilts. In this way they can move in many different ways. Highly skilled performers can leap obstacles such as benches and desks, summersault, walk like八, 'stand on one leg like a cock' and bend backwards. Traditional performances include 'The Story of the White Snake,' and 'The Tang Monk's Travels' from 'Journey to the West.' Stilts performances are famous in Beicheng and especially in Gankeng Village near Pingyao.

Escort Service
Armed escorts excelling in martial arts escort the silver of Rishengchang draft bank to another city when suddenly a crowd of mounted thieves attack the carts. A fierce battle rages between the attackers and the escort. 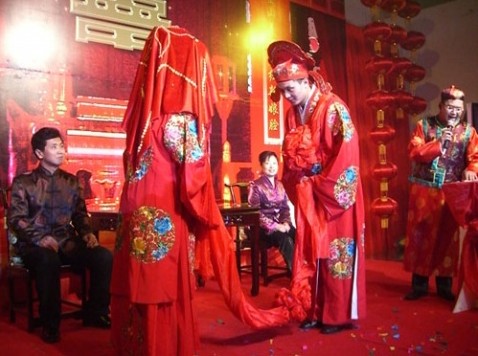 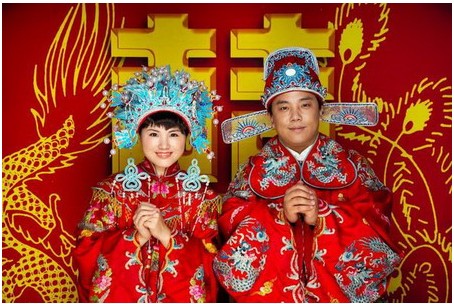 A Wedding Ceremony
A traditional wedding ceremony is performed daily. (How nice that a marriage can take place daily!) First musicians playing traditional instruments assemble while eight people carry the bride in a sedan chair. Spectators can feel the joy of the occasion and see the magnificence of the ceremony.