Briefing
Polished Lacquer Ware
Polished lacquer ware is a kind of high-quality lacquer craft named for its hand polished luster. It was named a 'Creditable Product' and a 'High-quality Product' by Shanxi province in 1978. Polished lacquer ware, a famous craft in Shanxi province, is of primitive simplicity, shiny and smooth, beautifully painted, and long-lasting because it endures heat and moisture. It was reported that it was first made during the early Tang Dynasty (618-907). Popular lacquer items include jewelry boxes, cabinets for TVs and wine, wardrobes, large and small screens, bowls and plates. A primer coat of lacquer, usually black, red, yellow or green, forms a base for paintings, often of figures from classical novels, operas, and ancient myths and legends. The paintings can include golden lines, mother-of-pearl inlays and both raised and engraved carvings. Authenticated by a national department, Pingyao polished lacquer ware is an appointed product exempt from examinations. It won the silver and gold cups in the national A Hundred Flowers Award for craftworks, and it is a High Quality Product in a world exposition. Now it is exported to more than thirty counties and districts. 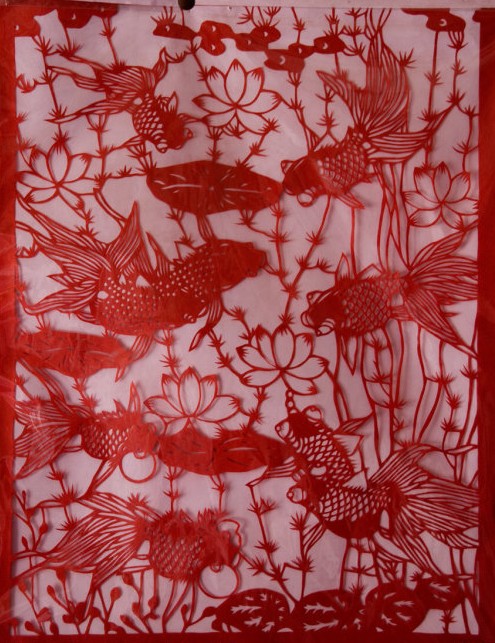 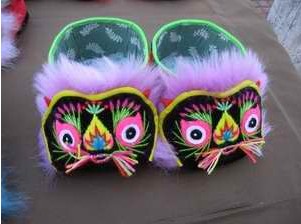 Chinese Yam
Chinese yam is a perennial with long tuberous hairy roots. Its nutritional and medicinal properties, which include protein, starch, vitamin C, iron, magnesium, and zinc, aid in spleen and stomach function, along with other medicinal and nutritional effects. Chinese yam was said in the Herb Book of the Peasant God that it is tender, and it benefits internal injuries, weakness, chills and fever, increases energy and speeds muscle growth.

Paper Cuttings
Paper cuttings are used as decorations for windows, ceilings, lanterns and other objects. They became popular during the Qing Dynasty and have remained fashionable. Some common patterns of paper cuttings include a snake encircling a rabbit, pomegranates with their abundant seeds, a frog blowing a bugle, a magpie in a plum tree, mandarin ducks on water, and 'xi' "喜" (happiness). There are also characters for marriage including 'living a hundred years', 'life-long happiness and perfect harmony', 'happiness has descended upon the house', 'luck and auspiciousness'. After the People's Republic of China was founded, paper cuttings were exhibited in Pingyao's arts exhibitions every year.

Handmade Cloth Shoes
Handmade cloth shoes are good ventilation and sweat absorption. Their flexibility adapts them to the wearer's feet, making them very comfortable. Children's shoes with embroidered cat or tiger faces on them are called cat- or tiger-shaped shoes, and demonstrate traditional Chinese needlecraft. The cat-shaped shoes are charmingly naive. These auspicious symbols are supposed to ward off evil and prevent calamities, and build wealth and honor. The soft shoes can protect babies' feet well. 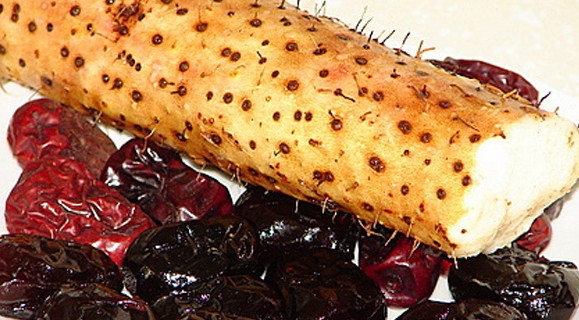 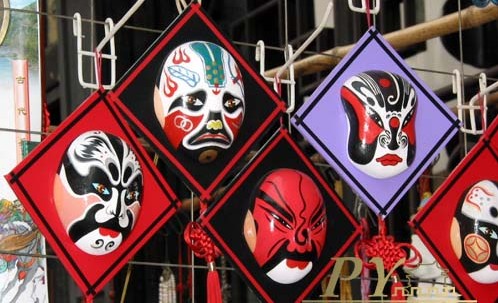 Opera Makeup
Opera makeup is used for actors in traditional Chinese operas, mainly in the painted-face roles and the comic roles. It had regular patterns in forms, colors and styles, which revealed the actor's character by means of exaggeration and transmutation of figures. An expert spectator can tell the different roles from the makeup: is he or she a hero or a villain, clever or stupid, respectable or hateful? The attractive make-up of Beijing opera took a special position in various make-up styles in Chinese operas and was famous for its symbolization and exaggeration. There are various patterns of makeup for the forehead, eyebrows, around the eyes, nose, mouth, and chin, which follow certain rules but were not changeless. The eyes, forehead and the cheeks were sometimes drawn as the wings of a bat, butterfly or swallow. The mouth and the nose were exaggerated. The facial makeup of Beijing Opera stressed symbolic colors. The colorful makeup was not for improving one's looks, but to demonstrate the characteristics of the different roles.

For example, a white crescent on the black forehead of Bao Zheng implies honestly and uprightness