Jinan is a hub of communications of Shandong, it has already formed the stereoscopic traffic network, and it is very convenient with being extended in all direction. The International airport of Jinan has already opened dozens of domestic and other course at present. Jinan is the hub of communications of railway, highway of Shandong. Beijing-Shanghai, Jinan-Qingdao, Jiaozhou-Jinan railway were gathered in the urban area.

By Air
The Yaoqiang International airport of Jinan is located 40 kilometers of Northeast of urban area. Every day there are flights heading for big cities such as Beijing, Shanghai, Chongqing, Dalian, Guangzhou, Hangzhou, Nanjing, Kunming, Chengdu, Wuhan, Shenzhen, Changsha, Haikou, Shantou, Yantai, Zhangjiajie and so on. Flights to some other cities are available but not operated daily of Changchun, Guilin, Hong Kong, Lanzhou, Fuzhou, Ningbo, Wenzhou, Xiamen, Xian, Sanya, Urumqi, Xining and Zhengzhou, etc.

Jinan now offers about 40 domestic air lines and a couple of international lines. One can reach about thirty cities of China and cities outside China, such as Bangkok of Thailand and Moscow of Russia.

Furthermore, there are two major coach stations in Jinan. One is Jinan Coach Terminal, which is located on No. 131, Jiluo Lu, Jinan. Coaches here mainly head for the cities of Shandong Province and the big neighboring cities. There are also special tourist lines to famous sights inside Shandong Province in operation. The other is the East Coach Station which is located on Jiefang Lu, Jinan. Coaches connect Jinan and cities of other provinces like Shijiazhuang of Hebei Province, Taiyuan of Shanxi Province and Puyang City of Henan Province. These coaches operate in the morning. 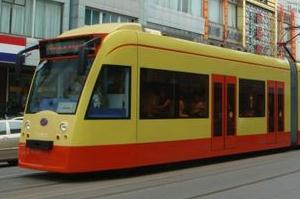 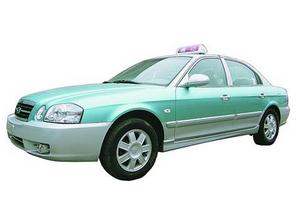 Taxi
You can find taxies in the airport, railway station, outside the hotels and restaurants. The taxi fare is metered, CNY 6 for the first three kilometers (1.9 miles) and approximately CNY 1.5 to CNY 2.5 per every succeeding kilometer (0.6 mile).