Located in northeast of Jiangxi, Jing De Zhen, is a town famous as "The Chinaware Capital". Its white glazed porcelain was known as the "false jade ware" in the Sui and Tang dynasties. In the Ming Dynasty, it became one of the four famous towns in China, the other three being Foshan in Guangdong, Hankou in Hubei, and Zhuxian in Henan.

As long as 2000 years ago, in the Han Dynasty, some ancient kilns for pottery were built here. Since the Tang Dynasty, the white glazed china produced there had earned the name “artificial jadeware.” In the Northern Song Dynasty, officials were assigned by the emperor to the town to supervise the manufacturing of porcelain for the royal families, and Jingde china began to make its fame abroad. In the following centuries, Jingde china was sold to many countries across the world.

With a mild and cool climate, Jingdezhenis also an interesting tourist resort. It covers an area of 3,031 square miles, and has a population of 611,030. As one of the ancient cultural cities in China, Jingdezhen has over 30 scenic spots in Jingdezhen, including the ruins of ancient kilns in Hutian, the Porcelain Museum, the ancient Porcelain Mill, and the Research Institute of Porcelain.

Visitors can see lovely lotus blossoming in the Lianhuatang Pond and enjoy the sweet scent of osmanthus from the Wufengge Pavilion. There is a famous ancient kiln at Hutian, and an ancient Ming street at the Sanlumiao. The newly constructed exhibition ground for the display of ancient porcelain industry, called the Guzhen kiln, is of great interest. The Pottery and China Pavilion, the Pottery and China College, the Pottery and China Institute and more than a dozen major china manufacturing works are also worth visiting.

Today, it is a light industry town with green mountains and beautiful waters around, and many chinawares factories and porcelain clay ores can be seen everywhere. Almost 10% residents of the town are employed in the creamic industry. Chinaware-shops on each side of the streets are very distinctive. The spring and autumn are the best time for travelers. The People's Square is the center of communications, where you can find buses going to any places. You may take the fights or trains from the cities nearby. It will take your 7 hours to Nanchang, the capital of Jing Xi province. 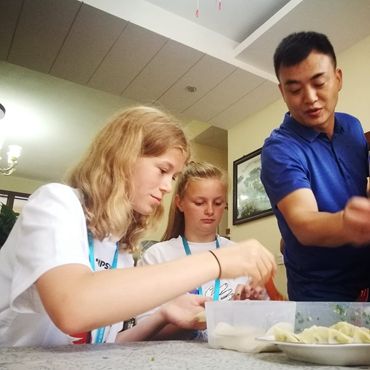 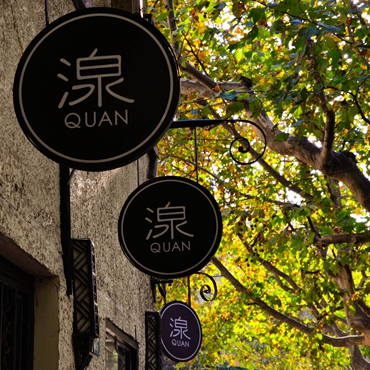