The Yangtze River is the longest river in Asia, and the third longest in the world after  the Nile in Africa and the Amazon in South America. Originating from the Tanggula Range in Qinghai Province in western China, it flows for 6,418 kilometres (3,964 miles) across southwest, central and eastern China before emptying into the East China Sea at Shanghai. It is also one of the biggest rivers by discharge volume in the world. The Yangtze drains one-fifth of the land area of China and its river basin is home to one-third Chinese. 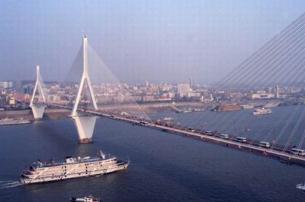 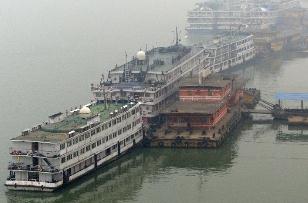 Along with the Yellow River, the Yangtze is the most important river in the history, culture and economy of China. The prosperous Yangtze River Delta generates as much as 20% of China's GDP. The Yangtze River flows through a wide array of ecosystems and is itself habitat to several endemic and endangered species including the Chinese alligator and the Yangtze sturgeon.

For thousands of years, people have used the river for water, irrigation, sanitation, transportation, industry, boundary-marking and war. The Three Gorges Dam on the Yangtze River is the largest hydro-electric power station in the world.Generally, people consider the river a dividing line between North China and South China. Areas to the north and the south of the river have many differences in climate, scenery, economics, culture and folk customs.