The Yichang Sanxia Airport (Tel: 86-717-6230222) is located 26 kilometres from the city centre. There are flights connecting the city with more than 20 domestic destinations including Beijing (daily, 2hrs), Chongqing (daily, 1hr), Guangzhou (2hrs), Kunming (2hrs), Shanghai (1.5hrs) and Xi'an (1hr). An airport shuttle service (RMB20) is available at the Three Gorges Hotel (No.42, Yanjiang dadao). The international temporary air-liners was opened, too

By Train
The railway station (Tel: 86-717-6445242) is in the centre of the city, near Dongshan Dadao. Trains link the city with Beijing, Xi'an, Wuhan and Zhengzhou.

By Long Distance Bus
The long distance bus station (Tel: 86-717-6445314) is two blocks south of the railway station. Air-con expresses leave for Wuhan every hour (4hrs). There are also buses to Muyuping in the Zhangjiajie scenic area.

Yichang arterial highways extend to every corner, No.318 National Highway crosses the whole Yichang City, through which you may reach Shanghai in the east and Tibet in the west. "The Golden Water Route" of the Yangtze runs through Yichang and it reaches Wanzhou, Chongqing in the west and Wuhan , Shanghai in the east. The express way is from Yichang to Wuhan, Beijing, Xi'an and the railway from Yichang to Zhenzhou, Wuxi, Huaihua, Guangzhou were put into use long ago and an international railway container transport network was also established.

By Ship
As a major port, Yichang is conveniently linked with other sites along the Yangtze River. The ferry terminal (Tel: 86-717-6224354) is at the east end of the city. Buses No.3 and 4 can take you from the railway station to the terminal. 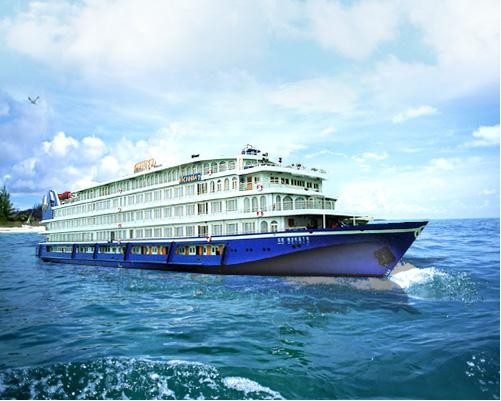 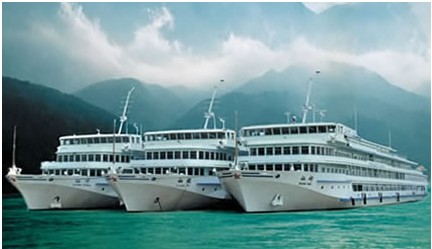 Ship Information of Yangzi Cruise
Victoria Series
A).Adopting American management modal；
B).Every ship has proficient English and Chinese foreign representatives on board. In order to avoid decreasing service quality, all representatives will alternate routinely, which seems as the key and effective factor for keeping a high level service；
C).One of the ships with highest tickets on Yangtze River；5 stars service = high cost performance；
D).Playing an important role of introducing Three Gorges with a long history and legends to the world；
E).Entirely updating during 2002-2004 Most of ships have balcony rooms；

Royal Princess
A). Graded 5 stars ship by China National Tourism Administration；
B). The only three longest and maximum capacity foreign (Germany) made ships on Yangtze River；
C). Most advanced power station；
D). Water Made Equipment can pure, disinfect and test the river water to reach international drinking water standard；
E). Peculiar outboard deck and sunbathe pool on top floor make more room for movement；
F). Since all three meals on board, Chinese and western buffets are fit the taste of European and American travelers 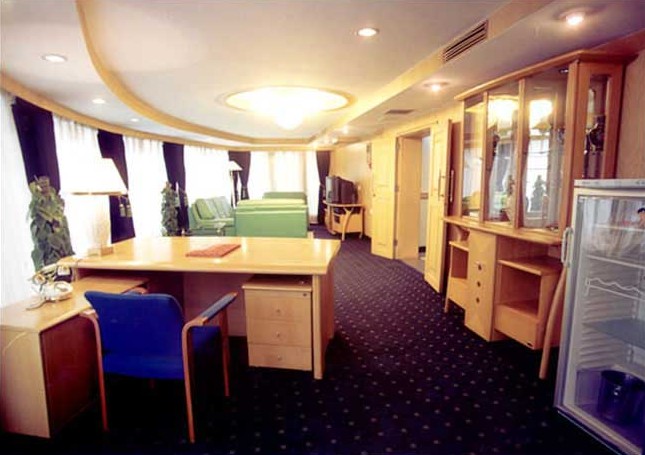 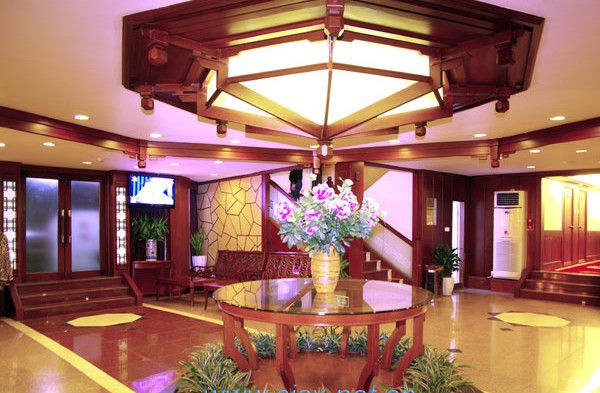 China Regal
Since 1993, China Regal Cruise has marketed the first and only cruise fleet to bring European - standard inland waterway cruisers to the Yangtze River. The three RCC Princesses - Jeannie, Sheena & Elaine - provide the best quality services and programs available for touring the Three Gorges and other famous sights along the Yangtze River. Now all the three have been approved by The National Tourism Administration as five-star Inland Cruise Ships.