Lanzhou is one of the better places, outside of Beijing itself to view traditional Chinese opera. The opera performed over the city includes the most famous Beijing Opera (Jing ju), Shaanxi Opera (Qin qiang), Henan Opera (Yu ju), and the local Gansu Opera (Long ju). Currently the city has 16 troupes giving regular performances, the best one of which is the Lanzhou Shaanxi Opera Troupe (Lanzhoushi Qing qinag tuan). To find out information on the whereabouts and times of these performances the best bet for non-Chinese speakers is to ask in the upper end hotels.

The city is famed for its many teahouses, where local cadres and amateur retired workers will also give occasional performances of opera. Teahouses are scattered about the city, especially on Jiefang lu and Zhongshan nanlu 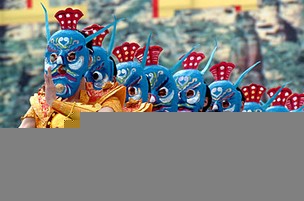 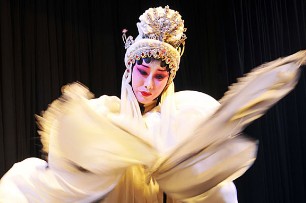 Lanzhou Baroque Xinzhen Bar
This bar has been hailed by the few Lanzhou expats and multiple passers-through as the best bar in the city. It compares well with its counterparts both in menu and decor, which aims for elegant and classy.
Address: 515 Middle Gannan Road, Chengguan District, LanzhouJin Long Men Tea House
Address:No .37, Jinchang Road, Lanzhou