Briefing
The city of Yinchuan, as the largest and most commercial in this autonomous region, has almost all of the "treasures" that you could possibly want to buy from the Ningxia region. If asking the locals, many will reply that the most famed of the shopping specialties are the five treasures: one red (Wolfberry), one yellow (Licorice Root), one blue (Helan Stone), one white (River Bank Lamb Skin) and the last black (Facai, a kind of flabelliform nostoc).

Yinchuan was an important commercial center in northwest China during the Ming and Qing dynasties. China's reform and opening-up policies have brought vigor and vitality to the ancient city. Department stores, shopping centers, and chain stores line the streets in the commercial districts, such as Xinhua Street, Gulou Street, and Jiefang Street, among which the Gulou Street is the most brisk one.
Yinchuan is also the distribution center for small commodities. Travelers can get some tourist souvenirs in the Xinhua Shopping Center, near the end of Gulou Nanjie, or at the many stalls along the street.

Specialties
When people talk about the local products or specialties in Yinchuan and Ningxia, they always say there are five treasures. 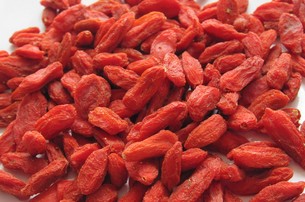 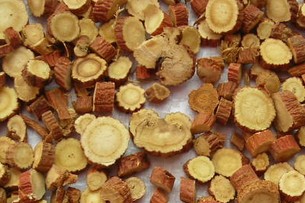 The Red Treasure
The red Wolfberry (Gouqi) is a kind of Chinese herbal medicine, with very high tonic properties. It contains iron, phosphor, calcium and various other vitamins and is bright red, fleshy, sweet and with few seeds. The Chinese are great for creating medicines that will fight against all sorts of illnesses. Once, in Xi'an, a local medicinal factory proclaimed a tonic that could fight AIDS, cure herpes and help fight tuberculosis. Wolfberry appears to be another of these miracle cures, but perhaps there is something in this. Wolfberry is said to help resist cancer & protect the liver, to clean the lungs, brighten the eyes, strengthen the kidney, stimulate hormones, cure general debilities, soothe the nerves and prolong one's lifespan.

The Yellow Treasure
Ningxia is home to licorice root, a good medicine for curing coughs. It was a tribute to the royal court in ancient China. It can relieve spasm and detoxicate, invigorate the spleen and replenish qi, and moisten the lungs. The Licorice Root (Gancao) has for many centuries been considered as the most useful of Chinese herbal medicines, and as such is said to be included in nine out of ten ancient Chinese prescriptions. The Licorice is a wild plant that is grown in dry and sunny places, making Ningxia the ideal area. This wild northwestern autonomous region has a climate that is most notable for its little rain, less than 8 inches annually, and dryness, so the licorice grown here is usually of the highest quality. 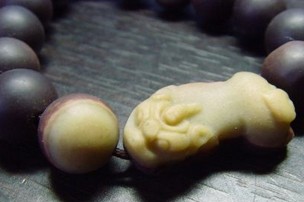 The Blue Treasure
The Helan stone in imperial purple and green is noted for its fine texture and solidity. It is the raw material for ink stone, stamps, paperweight and stone carvings. The Helan Stone (Helanshi) has been collected from the Helan Mountain Range since ancient times. This fine-textured stone is hard and the color is predominantly deep blue, sometimes inlaid with light green patterns. Most of the stones are used as pen-racks, seals and inkpots and have long been treasured as both artistic and valuable. It is said that ink slabs made from this stone can help dissolve the ink particles within the water with which they are mixed, helping to protect the brushes.

The White Treasure
The sheep in Ningxia is a fine breeding. Its fur is a famous product for export. It is thin and pure in color. The hair measures eight centimeters in length, light, soft, and preserve heat. Tanyang, or River Bank Lamb, Skin (Tanyang qiupi) is one of Ningxia's most uniquely native products. It is named after the banks of the Yellow River, near to Yinchuan, from where most of these livestock originated. The lambs are slaughtered 30 days after they are born to harvest their skin and meat. The hair is about two inches long and curly, and it is often referred to by the Chinese words fine, soft and glistening as a piece of jade.

The Black Treasure
Facai, an edible hair-like moss, is an alga grown naturally in the deserts in north China. The fresh facai is blue and green or brown, and becomes black after dried. It contains many nourish elements, such as protein, calcium, phosphorus, and iron, and can help digestion. It sells well in Hong Kong and Macao.

Other Specialties
Other interesting products to take away include the pearl rice, the jacquard woolen blanket, the Yellow River carp and the dove-fish. the Wool Rugs and Carpets, various Sheepskin Garments great against the cold, local Carvings and Handicrafts as well as the Eight Treasure Tea (Babao cha), that is a thick tea of leaves, fruits, berries and sugar that, when made well, tends to taste of dates

Shopping street on foot
One of the busiest commercial centers in Yinchuan is located in the south of the Gulou Street in the old district. Stretching 400 meters away, the wide street is lined by imposing buildings of shopping centers, and other facilities, such as post and telecommunication offices, hospitals, and banks. Walking along the street, one can choose the fine-quality local products and enjoy various local snacks of the Hui people.