Baotou is a large industrial city in the remote regions of western Inner Mongolia of China that is visited mainly by people with more than just tourism in mind. The city is a huge slab of urban area that runs for about 20km, being both the largest city in the Inner Mongolia Autonomous Region and probably the ugliest. Baotou was established in the Qing Dynasty (1644-1911 AD) on a Neolithic site. It was named "a land with deer" (Baotou) after the hundreds of these creatures that used to be found here.

Baotou came to become the largest city in the province after the Communists came to power in 1950. The leaders of the revolution were quick to take advantage of the huge quantities of iron, coal and mineral deposits that the region contains. Nowadays Baotou is the biggest producer of iron and steel in China, a factor that goes a long way to explain both the huge population, of about one million, and the large quantities of pollution that hangs in the atmosphere, the little treated smog from the factories in the western section of town. It is also one of the main reasons that the population Baotou, in a remote area of former Mongolia, is dominated by Han Chinese. The Han make up 90% of the total, the Mongolians just 2.5% and the rest are of 21 other minorities, including the Daur, Tibetan and Man.

Baotou is mainly just a transit point for those not here on business, and it is mainly visited by orthodox followers of either Gelukpa Buddhism or the cult of Genghis Khan. The Buddhist lamasery, Wudangzhao, is a very popular sight set in hills covered by willow trees. The Mausoleum of Genghis Khan, 115 miles south of Baotou, is a cenotaph, where the coffin contains no body, but only headdresses and accessories. 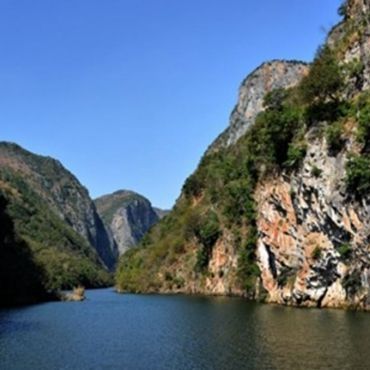 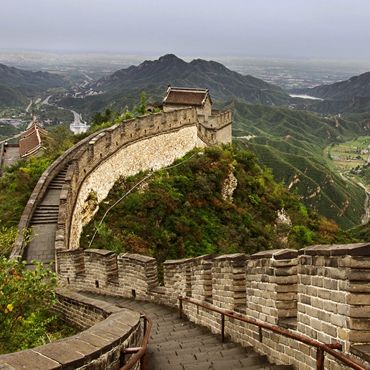