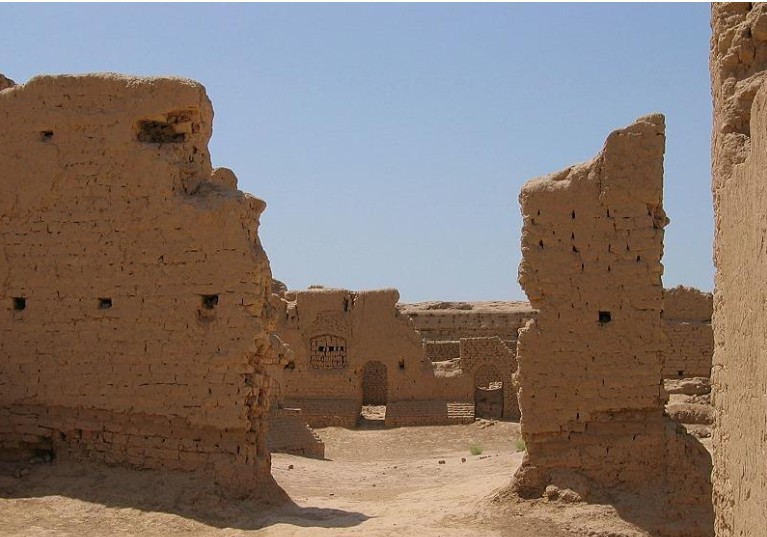 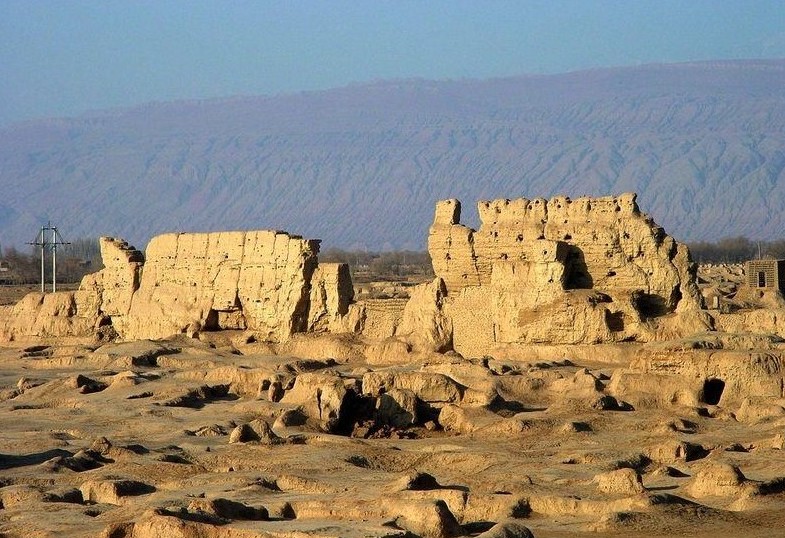 The Gaochang Ancient City lies in between the Sanpu and Erpu villages 40 kilometers to the east of Turpan City, which means "the King City". Ascending a height to enjoy a distant view, one can see the whole city in a plane shape of an irregular square, which is divided, into three parts the exterior city, interior city and the palace city. The total area is about two million square meters. According to the historical records, the Gaochang City, at that time, possessed 12 huge iron doors and the buildings of the city were placed closely side by side, in which were workshops, markets, temples and residential quarters. The layout of the city was very similar to those of the then Chang An City (everlasting peace) of the capital of China in Han and Tang Dynasties. The total population was 30,000, among which monks and priests constituted 3000. Today, the interior buildings of the site of the ancient city can be seen scattered all over, particularly concentrated in the southwest of the city .The temples and the Buddhist halls for worshipping and the streets leap up before the eyes.

The foundation of the Gaochang Ancient City was laid in the first century B.C., which was called Gaochang Wall and then renamed as the Gaochang King Capital in the sixth century. Around 640 years, it became "West Prefecture" of Tang Dynasty, which was a place of strategic importance in the northern passageway of the Silk Road. It was abandoned roughly in the 15th century.