The Gezhouba Water Conservancy Project is another great dam project on the Yangtze River; this dam will be a conveyance system for the "Three Gorges Project" in the future. This project has elevated the water level of the river 100 meters from the Three Gorges Dam, by 20 meters and the sea-route has been largely improved.

The Project includes the barrage, the power plant, the ship brake, the flood discharge brake, and the fishway, etc. It is currently the largest hydropower station in China. The embankment is 2,561m long and 70m high, which controls a drainage area of 1,000,000kms with total content of 1.58 billion stereos. With 21 dynamos the hydropower station will generate 13.8 billion KWH a year. 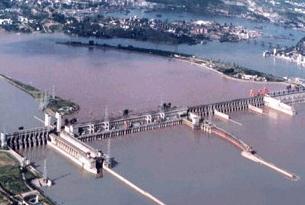 The project was carried on by 2 stages, of which the first started in 1970 and has completed now. The navigation was kept unobstructed during the stage. In the second stage the river was blocked and navigation was stopped so as to ensure that the dam could be built smoothly.

The ship lock chamber 3 is 18m in breadth and 120m in length, which allow passenger-cargo vessels and civil fleet less than 3000 tons to pass.

The ship lock chamber 2 is 34 meters wide and 280 meters long and able to contain ships over 10,000 tons. It takes about 50 minutes for a ship to go through it. The second ship lock is one of the rare giant ship locks in the world. 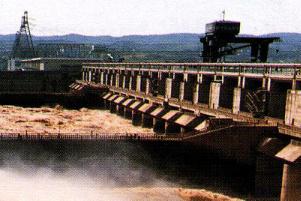 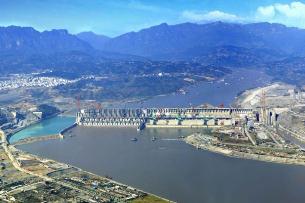 The process of passing the dam itself is an interesting experience. Since the water level on one side of the dam is 30m higher than that on the other side, the boat has to ascend to the other side of the dam to continue its voyage. To do this, the boat sails into a space resembling a huge water tub, and after the door to the tub on the lower water side closes tightly, water is injected into the huge tub to raise the boat. When the water level is in line with that on the higher side of the dam, another door on the high water side opens to allow the boat to sail out.
Yichang Guide
1
Yichang Transportation
2
Eating in Yichang
3
Shopping in Yichang
4
Entertainment in Yichang
5
Yichang Travel Tips
6
Yichang Tour Maps
7
Yichang Q & A