Singing and Dancing
The Tibetans are talented in singing and dancing, through which they show the hospitality and candidness. In Jiuzhaigou the most common entertainment is singing and dancing. Anytime, walking or working, they sing loudly or croon, dance or caper. Therefore, the Tibetans composed many kinds of songs for different occasions, such as the drinking songs for the wine, the tea songs for tea and the road songs for daily life.

For the Tibetans, singing and dancing is a pair, so they sing when dance and dance when sing. The life full of melody and laughter makes the Tibetans vigorous and optimistic. 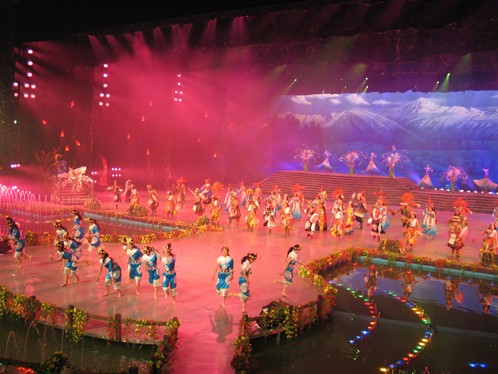 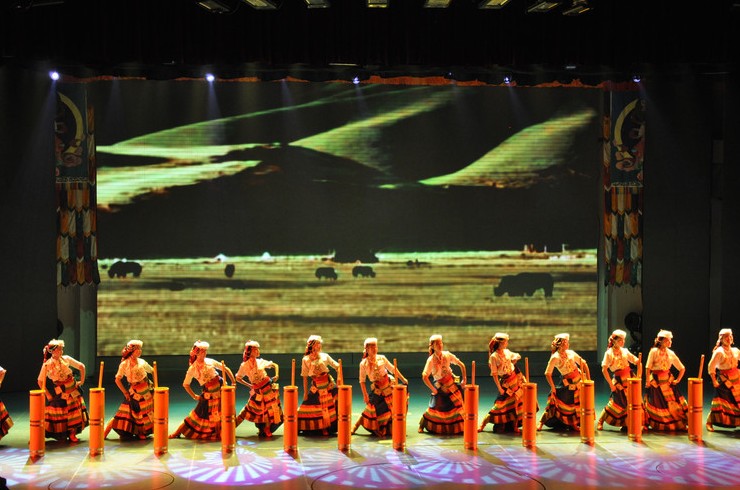 Guozhuang Dance
Guozhuang Dance, originated in the third century B.C., is most popular among the Tibetans in Jiuzhaigou. Long ago, people, only male, hand in hand circled and danced around the campfire in honor of the Living Buddha.

Nowadays, all the people, male and female, young and old can participate in. In festival occasions and solemn days, people not just dance, but also practice the antiphonal singing. Besides, Tibetans also practice the Guozhuang Dance for the laboring people and heroes.

Tibetan Drama
Tibetan Drama dates back to the 8th century as a religious art. To the 17th century, it became a folk art that performed by singing, chanting, dancing and acrobatics. Unlike the Peking Opera, the Tibetan Drama is simple in musical instruments and facial make-up. Generally, the actors perform only accompany with one drum and one cymbals, and they wear masks instead of making up.

The implication of the color of the masks:
Red: the king
Green: the queen
White: the good people
Yellow: the living Buddha
Half white and half black: witch
Green face and ferocious fangs: evils 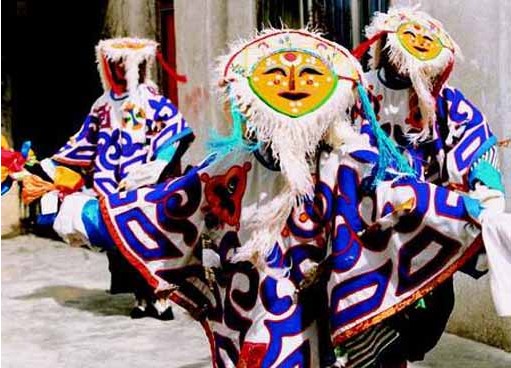 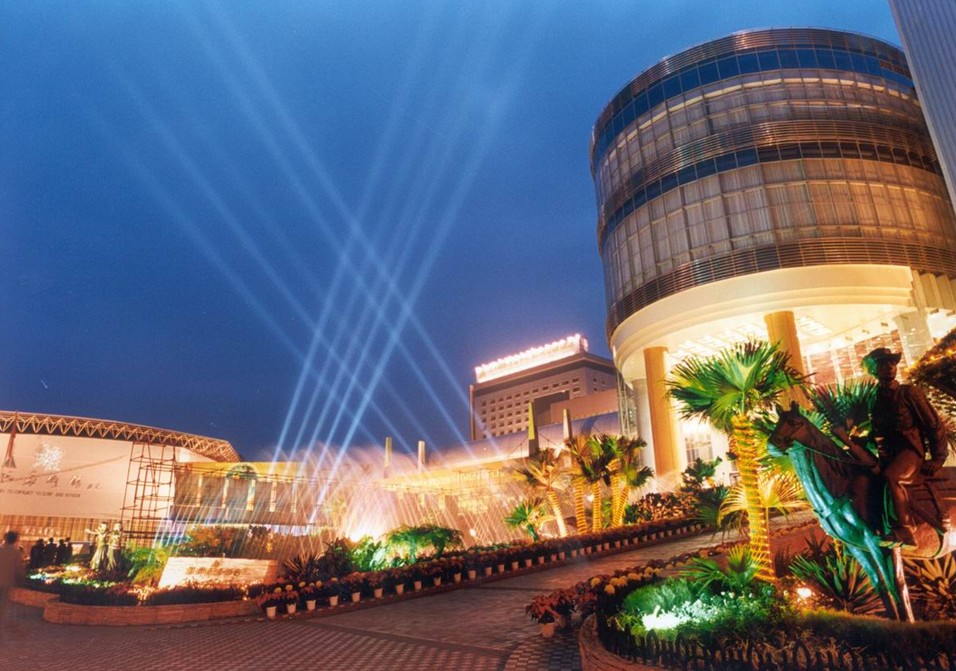 Urged to Drink
As one of the Tibetan customs, urging guests to drink is a way of hospitality. Therefore, if you visit to the local family, the householder will respectfully offer the barely wine (bowlful) to you for three times, and you an drink as much as you like for the former two, while the third time you have to bottoms up to show your respect. Moreover, some householders may sing a drink-invitation song over his cup to urge you to bottoms up.

The local song and dance together with the drama is performed in the theater as a formal art. The Jiuzhai Paradise Theater, as a part of the Jarpo Holiday Inn, is the largest indoor theater, which can hold over 2000 audience. The stage is equipped with the top-ranking stage lighting, the audio supplies, water curtain and artificial fountain.

A musical drama, Dream Cruise, is performed every night, in which the traditional Guozhuang Dance and shows of the local cultural are available. When perform the Guozhuang Dance, Audiences are invited to participate in. This is the must-enjoy drama, if you want to learn fully about the local culture and the whole history of Jiuzhaigou. 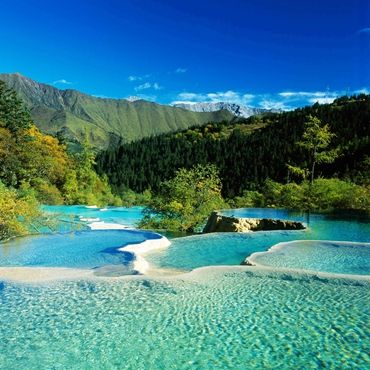 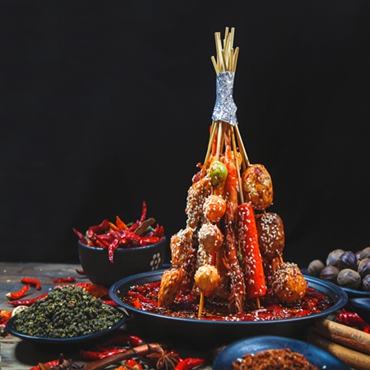