Imported Russian goods of all types and qualities are available from tourist shops around town. Look out for vodka, Russian dolls, and chocolate. The local Chinese appeared to have picked up some aspects of Russian cuisine, with western style bread and sausage available around town. Beyond this, the shopping is much like any other city in China.

Zhongyang Dajie The main shopping district is along Zhongyang Dajie where there is a Wal-Mart near the flood control monument and another shopping district along Guogeli Jie where you can find clothing, food and more. Along this street are huge new shopping malls such as the Euro Plaza, Parksons, and Lane Crawford that carry international brands and are expensive. There are Nike stores, KFC and interesting Russian thrift stores. The street is lined with beer gardens during the summer.

Guogeli Dajie . Harbin's second biggest shopping district after Zhongyang Dajie (bigger in size). The area around here is dotted with Russian buildings and HUGE shopping complexes. At night there are numerous night markets, a small scale Russian church where people dance, and a small and lively "bar lake." 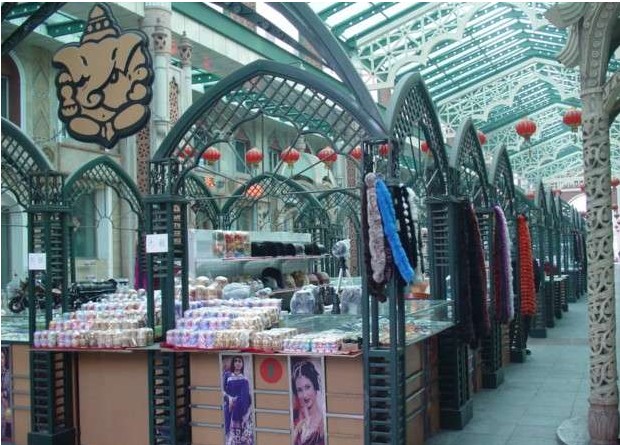 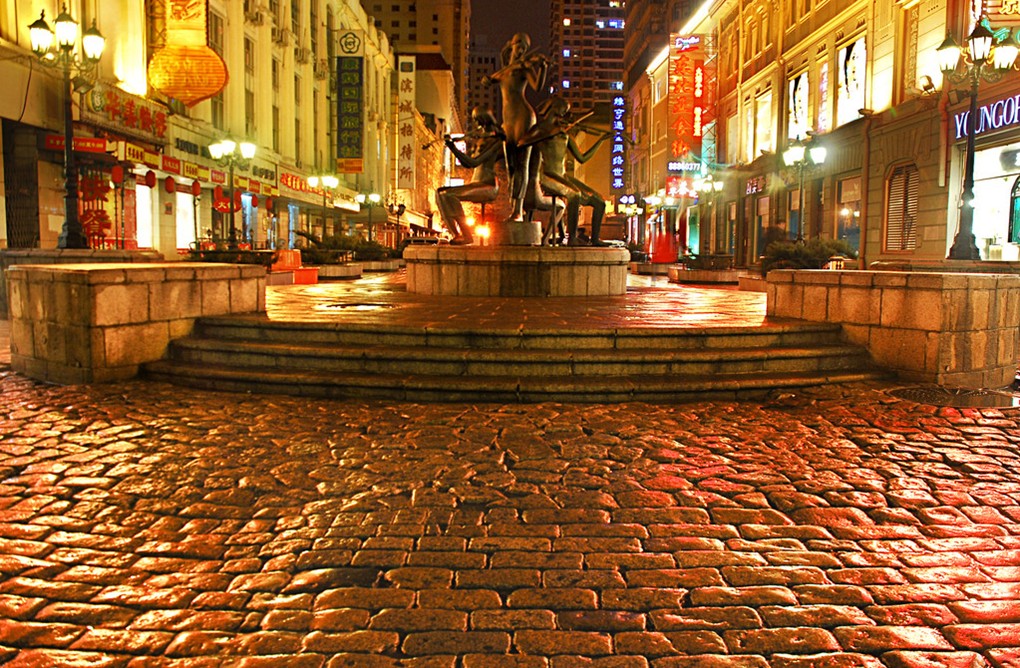 Indian Street . A commercial side street located right off Guogeli Dajie. If you're facing the East, it's past the giant castle and on your right. Used to be complete with Indian thrift stores, clothing, and food, but now offers only Russian items, including dolls, pocketknives and toys. But don't expect any Indian restaurants as there aren't any yet.

The Hongbo Shichang, at the intersection of Dong Dazhi Jie and Hongjun Jie, is an enormous underground shopping center -- if they don't have it, you don't need it.

Harbin Sex Store/Museum on Guogeli Dajie sells all sorts of sex materials and toys. Kind of unexpected for conservative China.

Pirate DVDs A large DVD store occupies a corner in the basement of the Jiaohua Electronics Market . All DVD's are around ¥6 and arranged alphabetically. Opposite from the Harbin Institute of Technology's main gate  and across the street from Buy Now Hui. Be sure and buy the DVDs sold in the main store, and not at the numerous small kiosks that take up the rest of the basement.

Hongbo Century Square  not to be confused with the underground market, this is a huge mall in the basement of the Harbin exhibition center. There is also a fried chicken chain from Texas. There are daily fashion model shows.

Chinese Military Surplus Clothing Looking for a comfy cold weather jacket like the Chinese wear? There are a number of stores around the city. One is towards the end of Xidazhi Jie near the Harbin Institute of Technology.

Western Brands The shopping malls at Hongbo and Zhongyang Dajie have everything from Gucci, Brooks Brothers, and Zegna to Timberland and Adidas. Items are internationally priced. 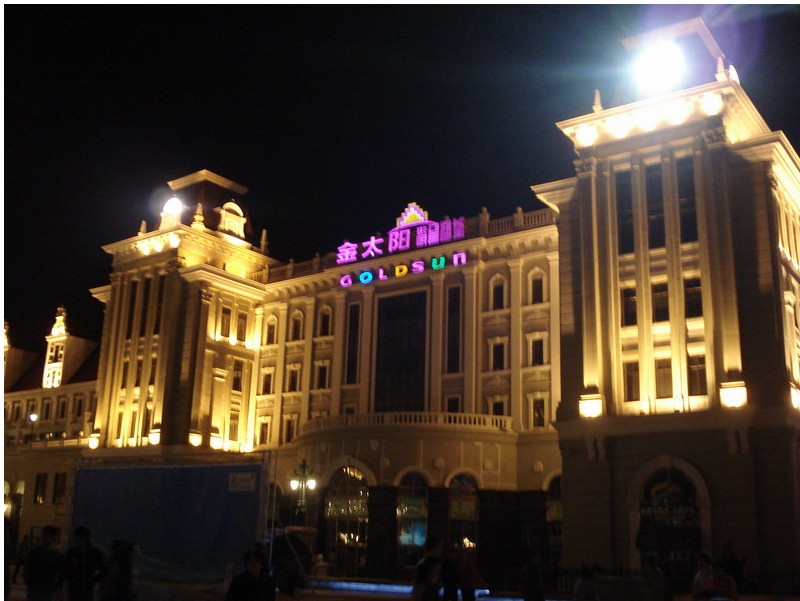 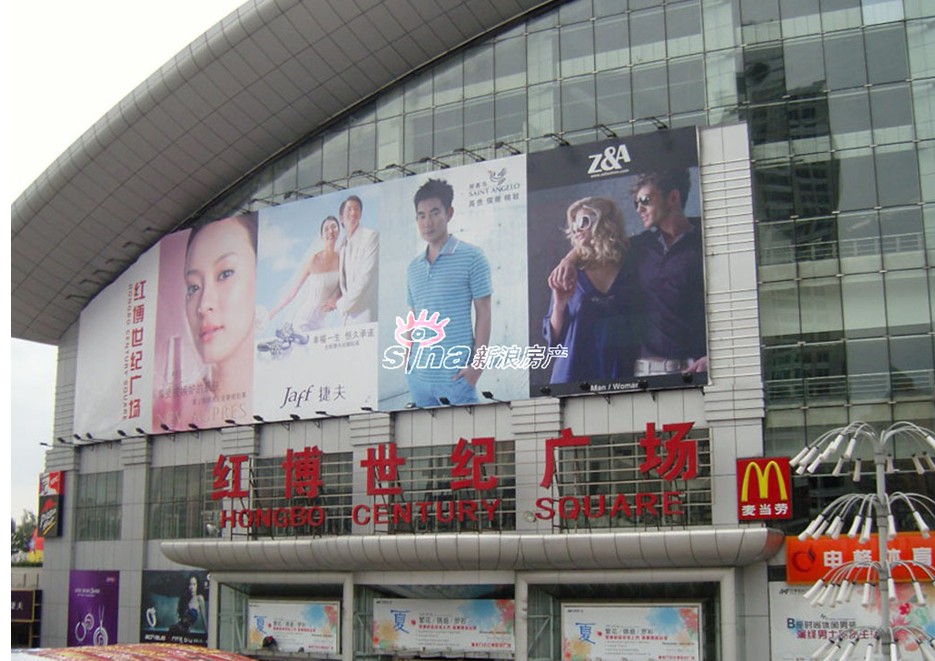 Walmart and Carrefour the Walmart is located at the end of Zhongyang Dajie by the river. Its just like any other Walmart. There are several other Walmarts and Carrefours located in the city.
Watsons right on Zhongyang Dajie this small convenient store has every health care product you can think of including western deodorants (not true, I was just there today) and shampoo.

Metro German Supermarket near Maidelong Chaoshi . German owned walmart type supermarket with the city's biggest selection of western food, a huge selection of imported wine, alcohol and beer, cheese, pastas and ice cream. It's all there, including the steep prices!