Located on China’s southeastern coast, Fuzhou, the capital city of Fujian Province, lies in the lower reaches of Minjiang River, in the eastern part of Fujian. Fuzhou is a 2,000-year-old city with rich cultural heritage, beautiful nature sence and it is enjoying geografical advantages that it lies opposite Taiwan across the strait with a long tradition as a coastal port and shipbuilding center.

The history of Fuzhou can date back to the 3rd century AD. Thereafter it was capital, known as Minzhou, of the coastal kingdom of Minyue. In Tang dynasty, had been named after a mountain situated in the north called Mt. Fu, Fuzhou acquired its present name which means “prosperous city” or “fortunate city”. Additionally, Rong Cheng (Banyan City) is another name for it, for the subtropical banyan trees were planted all over the area since the Song dynasty (960-1279), 900 odd years before. Besides, due to the fact that many hot water springs are found scattered over the city, Fuzhou is also called "A City of Warm Springs" and renowned for both quality and quantity of hot springs throughout China. Pingtan is one of the three hot springs in China.

Fuzhou has jurisdiction over 5 districts and 8 counties: Gulou, Taijiang, Cangshan, Mawei and Jin'an districts; Minhou, Lianjiang, Changle, Luoyuan, Pingtan, Minqing and Yongtai counties. With a population of over 500 million Fuzhou covers an area of 11,968 sq. km, as the center of economic, political, cultural and transportation of Fujian Province.

It is a famous tourist city with beautiful and countless sceneries and an excellent city center, and with natural and manmade sights. There are famed mountains such as Mt. Gu, Qi, Shizhu, Baiyan and Xuefeng etc, temples likes Yongquan, Xichan, Linyang, Fahai and Yunju etc, tombs like Tomb of Lin Zexu, gardens such as West Lake, towers including the White, Wu and Luoxing etc and bridges including Wanshou and Longjiang etc throughout Fuzhou.In the eastern part of Fuzhou, there is Fuzhou Plain. Others are hilly lands. Minjiang flows from the west to the east. Along the coast, there are many seaports and islands. Haitan Island is the biggest island in Fuzhou. It is the monsoon climate in the inferior torrid zone. Fuzhou abounds in mountain forest and aquatic products in Er Mei.

The city is also prosperous in culture, from the Tang (618-907) through to the Qing Dynasty (1644-1911). Because of its long and flourishing history, there are many arts related industries represented, including the Three Treasures of Fuzhou (lacquer work, stone sculpting and cork cutting), a featured dining culture, and also traditional arts including Min Opera, etc. which still take an important role in today's Chinese culture. Meanwhile, there were thousands of Jinshi (a successful candidate in the highest imperial examinations) from Fuzhou in the history. Many celebrated figures from Chinese history also hailed from this land, and thus, the birth of heroes also brings glory to such a place.

The tourism industry of Fuzhou has been developing gramatically and sustainablely these years, which made Fuzhou become one of the most attracitve place to the tourists in China. In this coastal city, you will be enjory a plasent and relax tour experice. At present, there are over 80 stared hotels, and the recreational facilities are too numerous to mention. The transportation network of Fuzhou is well developed and incorporates the road, rail, water and aviation networks, providing your trip to Fuzhou with convenient all-around access. 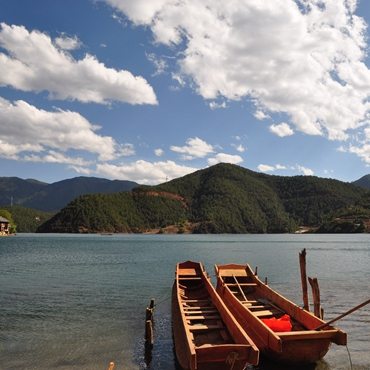