Location and Area
Kashgar, which has 141,600 square kilometers in total area in the southern part of Xinjiang, is contiguous with the Taklimakan Desert on its east and borders Russia, Afghanistan, Kazakhstan, Tajikistan, Kirghizia, Pakistan to its west and southwest respectively.
The city of Kashgar, a place of strategic importance in south Xinjiang, has an area of fifteen square kilometers with an average elevation of 1289.5 meters. Kashgar City lies 1,473 kilometers from the city of Urumqi.

History
Kashgar was called Shule in ancient times and has a history of more than two thousand years. According to the record of the Persian Epic, Afulabuseyav, an ancient Tulan hero, established the capital of his kingdom here.
In the beginning of the Han Dynasty, Kashgar belonged to the Zhuangpu Prefectural General's Office of the Hun. In the latter half of the second century B.C., after the Han Dynasty Emperor Wudi sent Zhang Qian as his special envoy to the Western Region, Kashgar submitted to the authorities of the Western Han Dynasty.
During the first century, Kashgar was the supreme headquarters of Ban Chao, an imperial general who administered the Western Region. But at the end of the Sui Dynasty and at the beginning of the Tang Dynasty, Kashgar had to pay taxes and levies frequently to the Western Turkish Khanate.
During the reign of the Tang Dynasty Emperor Taizong and afterwards, Kashgar was an important military stronghold of the Tang government. Kashgar was one of the four important towns in Anxi at that time, thus it was made the seat of the Shule Superintendents Office. The Karakhanid Dynasty also established its capital in Kashgar.
Before Genghis Khan went on his expedition, Kashgar was the south capital of the Western Liao Regime established by Khitans. After Khan's western expedition was over, Kashgar became the reign of crown prince of Chagatai. During the reign of Qing Dynasty, Kashgar became the seat of government of the Kashgar Councillor of the Qing Government.

Administration Divisions
Kashgar Prefecture has one city (Kashgar) and eleven counties (Shufu, Shule, Yengisar, Yuepuhu, Jiashi, Shache, Zepu, Yecheng, Markit, Bachu and the Taxkorgan Tajik Autonomous County) under its jurisdiction. Under jurisdiction of the Kashgar and counties there are twenty-six towns and sub district offices, 134 townships, 2,310 villagers' committees and ninety-six neighborhood committees. The city Kashgar is the seat of the Kashgar Prefectural Committee of the Communist Party of China and the administrative office of the prefecture.

Climate and Natural Resources
Kashgar Prefecture is located in the temperate zone of a continental climate. The climate in this area varies greatly because of the varied topography. Specifically, the Kashgar Prefecture can be divided into zones of plain climate, desert climate, mountain climate, the Pamir Plateau climate and the Kunlun Mountain climate.Located in the plain climate zone with the clear four seasons, Kashgar has a long summer and a short winter. The annual mean temperature in Kashgar is 11.7℃. 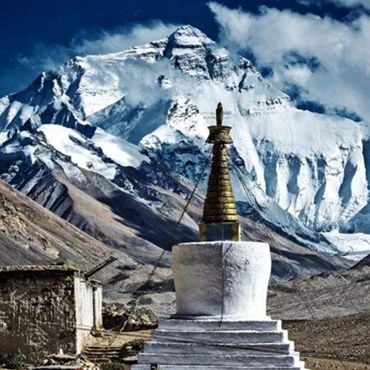