Situated at the northeast of Qinghai province, Xining lies at the junction of the Lanzhou-Qinghai and the Qinghai-Tibet railway with good transportation. Bordering the harsh Tibet highland, Xining is 2,260 meters above sea level but climate there is much better than that of Tibet. Enjoying a good location surrounded by high mountains, the city has a relatively comfortable climate with neither bone-chilling winter nor sweltering summer and the annually temperature there is about 6 centigrade. Summer in Xining is an ideal season for tourists who can enjoy fresh and crisp weather.

The city is literally translated Western Peace, a projection of wish fulfillment by imperial order. It has long been on the fringes of the western Chinese empire, probably established around the Han Dynasty (206 BC-220 AD), and it remained an important trading post in the area, mainly for goods to and from Tibet and China. It was by the sixteenth century that the city was set up as both a military garrison and a major trading post upon the Southern Silk Route.

It was not until 1928 that the city, with the formal establishment of Qinghai as a province, was to become the official capital. It has now emerged as the political and economic center of the province. The city lies on the Qinghai/Tibetan Plateau at an elevation of around 2,200 meters above sea level, and is around 225km from Lanzhou. With mountains lying sharply to the north of the city, and desolate plains stretching before it, Xining is a welcoming staging point for trekkers to areas beyond. Most of the city lies to the south of the Huangshui River (Huangshui he), and it is more or less bisected by the South River (Nan chuan). The city has its center between two set of crossroads, at Ximen (West Gate) and Dashizi (Big Crossroads). The population within is roughly 60% Han Chinese, but it is the ethnic minorities that give the town its true flavour. Of these it is the Tibetan and Muslim Hui that make up the biggest proportion, accounting for around a quarter of the total population.

Xining was once an important stop on the century-old Silk Road. The boom of the Silk Road in the Han Dynasty is a major factor for the city’s rise. But the city’s historical role gradually declined as the trade route fell into disuse. Xining’s importance in the old trade route means that it has a lot of historical sites. In and around Xining, visitors can find the Ta’er Monastery (Kumbum), one of the two most important Tibetan monasteries outside Tibet, Dongguan Great Mosque. Xining also provide access to some natural attractions with superlative beauty including the Qinghai Lake, the largest inland salt-water lake in China, the Bird Island on the west shore of the Qinghai Lake.

The recently finished Qinghai-Tibet railway marks a new era for Xining’s significant role in tourism. As an important stop along the Qinghai-Tibet track, Xining will be a vital stop for travelers to Tibet. The first luxurious five star sight-seeing trains will start there bound for Tibet highland. Xining’s similarity with Tibet in weather allows Xining an “adapted stop” for visitor who will then gradually adapt themselves to the harsh weather condition in Tibet. 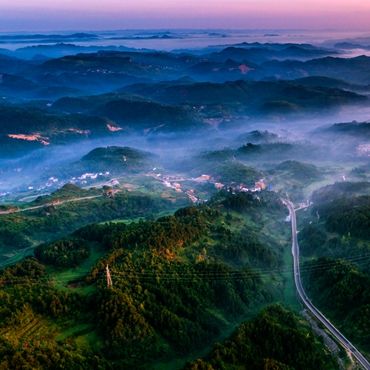 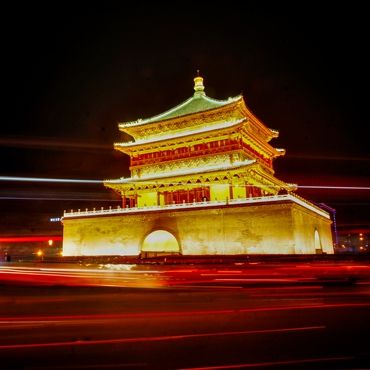