Tianjin lies 120 kilometers southeast of Beijing on the Bohai Sea and thus gains name "the diamond of the Bohai Gulf". The Tianjin City covers a total area of 11,300 square kilometers (4,200 square miles with 153 kilometers of coastline and facing Japan, Korea and the Republic of Korea). Tianjin consists of 13 districts and 5 counties with a population of over 9.3 million.

Before the foundation of People's Republic of China, Tianjin was desecrated by foreign invaders, which has left permanent marks in the city, most notable of which were thousands of villas. Those villas provide an exotic flavor to Tianjin, enhancing the beauty of the entire city. Through the years of development, Tianjin has now become one of the largest international trading ports and industrial and commercial metropolises in China, second only to Shanghai. It ranks the 15th among the largest cities in the world.

As one of the four municipalities directly under the Central Government, Tianjin has built up an all-round industrial system with machinery, electronics, textiles, chemicals, metallurgy, foodstuff etc. as its mainstays.

Being a key hub of land and sea communications, its port consisting of Tianjin, Tanggu and Xingang Harbors is an important Chinese Sea port, serving as the most convenient sea outlet for Beijing, North and Northeast China. The port accessible to ocean freighters of ten thousand tons class has opened more than 20 ocean shipping routes. The Xingang Harbor, which is the largest commercial commodities port in north China, owns the largest dock for containers. 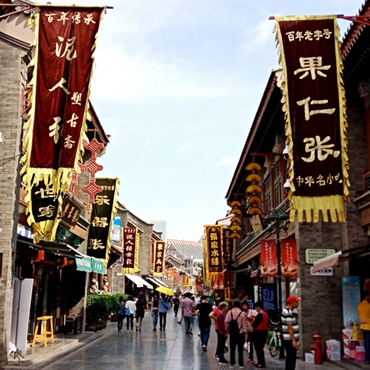 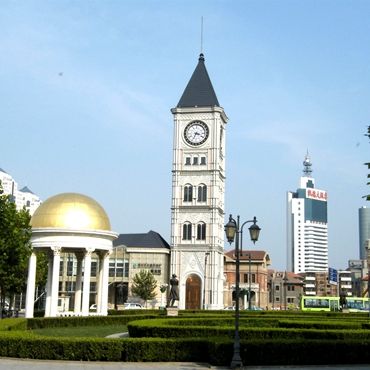