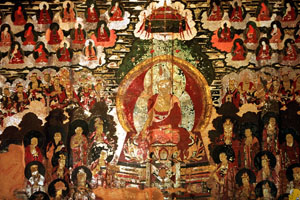 The Baisha Mural is a group of murals scattered around Lijiang City, which took 300 years to complete, therefore it is a reflection of the true life in the late Ming Dynasty and early Qing Dynasty. Having been undergone over 500 years of history, part of the Baisha mural group somewhat becomes indistinct, but a large part of which still can tell you about the culture of Buddhism, Confucianism and Taoism.

The mural group consists of more than 10 small groups, the amount of mural in all of which is up to 550. Those gorgeous murals with various styles, which are telling the stories of the religious belief and social life of the local, are a blooming intelligent show that you must visit.

Located in Baisha Township, 8km north of the seat of the Lijiang Naxi Nationality Autonomous County, the mural is a rich fusion that had resulted in a tremendously powerful art, heavy in spirit and awe-inspiring in its presentation of the mystical world. Dominated by black, silver, dark green, gold and red colors, the murals in the back hall, overlaid with centuries of brown soot, are bizarre, the scenes and figures, some still vivid in detail, are largely taken from Tibetan Buddhist iconography and include the wheel of life, judges of the underworld, the damned, titans and gods, Buddha and bodhisattvas. There are trigrams, lotus flowers and even Sanskrit inscriptions on the ceiling. The deliberate damage done to the paintings is apparent and terrible, but the loss of the irreplaceable wooden statuary that filled the temple, of which there is no trace, is even more tragic.

These mural paintings, with their fine and smooth lines, bright colors, vivid pattern and balanced and harmonious composition are a wonderful sight that is not only crucial to the history of Chinese painting, but also important to cultural heritage relics.

Transportation: Bus No. 6 from Lijiang will bring you here. 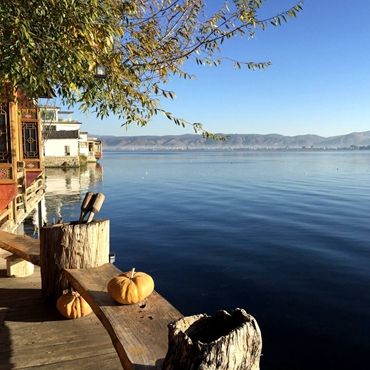 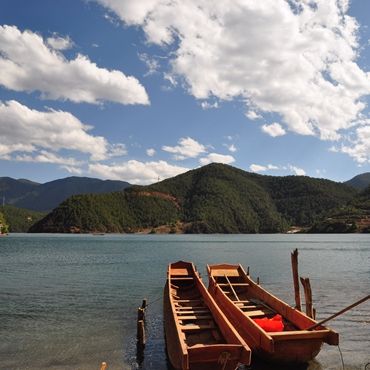 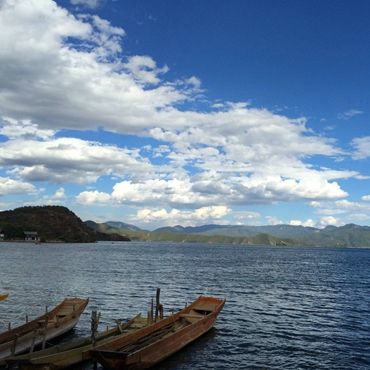