Sun Yat-sen Mausoleum in China, Sun’s chief legacy resides in his developing of the political philosophy known as “Three Principles of the People”

Sun Yat-sen’s mausoleum was started in 1926 and completed in 1929, covering an area of 80,000 square kilometers. (about 20 mu), located at the southern foot of the purple mountain, facing the fertile plain, standing against the mountains, facing small mausoleum in the west and linggu temple in the east. In 2006, the Sun Yat-sen mausoleum was listed as a “national 5a tourist attraction”, and in 2016 it was listed as a “20th century Chinese architectural heritage”.

Sun Yat-sen  is the “father of modern China” and the “forerunner of revolution”. He played a crucial role in overthrowing the qing dynasty (1644-1912) and the monarchy for more than 2,000 years in the years before the 1911 revolution (1911 revolution). When the republic of China was founded in 1912, sun was appointed interim President. After that, he led the founding of the kuomintang and became its first leader. In fact, his political career was spent in constant struggle and frequent exile. He was exiled to Japan, Europe, the United States and Canada, but he continued to support revolutionary parties and uprisings in China. Sun’s chief legacy resides in his developing of the political philosophy known as “Three Principles of the People” – Nationalism, People’s Rights and People’s Livelihood .

Reclining on a hillside, the building is built along a north-south axis, blending traditional imperial tombs with modern architecture. From the air, the entire mausoleum area looks like an alarm bell lying on a green blanket. The tripod is the apex of the alarm, the half-moon square is the arc of the alarm, and the roof of the cemetery is the pendulum of the alarm. It means “to wake up all the people and build a new China”. 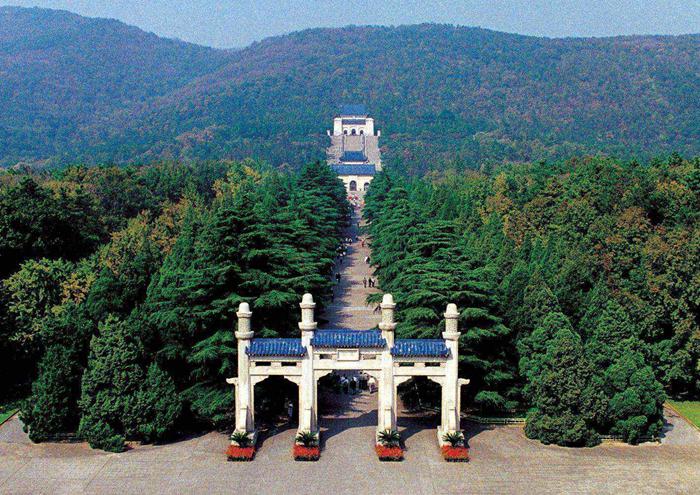