So far, the jade Buddha temple has a history of more than 130 years. In 1882 (Qing dynasty), the zen master Huigen from mount Wutai, went on a pilgrimage to mount emei  and sacred Tibet, India finally arrived in Burma and took five jade buddhas, ready to be sent back to mount Wutai, one of the four great buddhist mountains in China. On his way through Shanghai, he left behind two – a seated Buddha and a resleeping Buddha – and built a jade Buddha temple. It was later destroyed in the war and rebuilt in 1918.

The heavenly king’s hall has two floors and three doors open in the south. Sitting in front of the hall is the Maitreya Buddha, smiling, who will appear in the world in the future. Behind Maitreya is the bodhisattva skanda with a vajra pestle. On either side of the temple were the four heavenly Kings, who represented favorable conditions in the east, west, north and south. 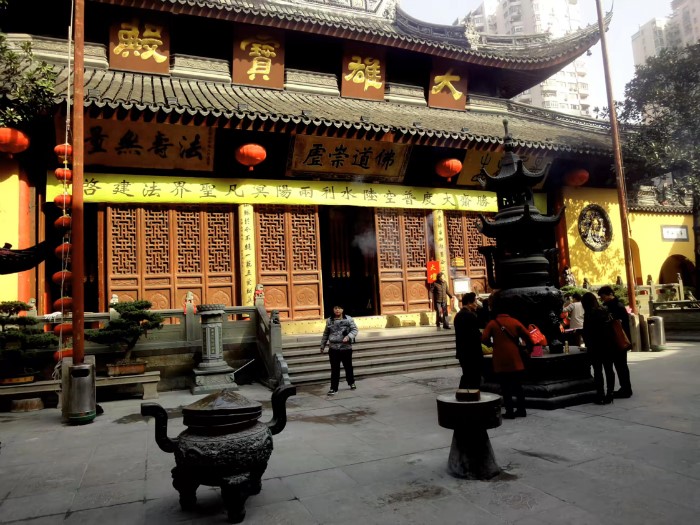 Huangjiu, One of the Oldest Wines in the World
Nanjing Road, a Century-old Shopping Street
WHITE and BLACK in Chinese, Weddings and Funerals
Kaili，A Pearl of Southeast Guizhou, there are several primitive Miao villages you should never miss