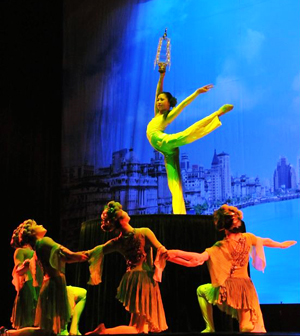 With a long history of 2000years in China, today's circus acrobatic troupes are regarded as the best in the world. You will be very surprised to find that this art form benefited from the Cultural Revolution. In 1996, it became a fashion to hold theme evening parties in the acrobatic circles. It was good for Shanghai Acrobatic Troupe with their intention to change the traditional stage style. Presenting a situational acrobatic program named Spring and Autumn of Acrobatics, it demonstrated the essence of acrobatics and created an entirely new atmosphere and bringing a freshness to the acrobatics stage of Shanghai.

Shanghai Circus World was built on Gonghexin Road in north Shanghai 1n 1999. It took four years to finish the construction. It was on Sept. 11, 1999 when Oriental Stories made its premiere for the 22nd Universal Postal Union Conference, which was the first show ever given at the circus world. Here, guests from home and abroad enjoyed the artistic charm of oriental acrobatics, appreciating the elegant bearing of the no.1 circus world in the orient. After its move into the circus world, Shanghai Acrobatic Troupe made the most of the advantages of the circus. It had set the strategic policy of restoring the high altitude and large acrobatic programs, which had given initial results after one year's hard work. You can appreciate the Walking in the Clouds, Swirling Flyer, Speed, Great Wheel and Flying Trapeze, which are jointly presented by students of the circus school. They will show you their past grandeur in the circus world. Among them, Flying Trapeze was entered for the Fifth National Acrobatics Contest and finally rewarded the gold medal. 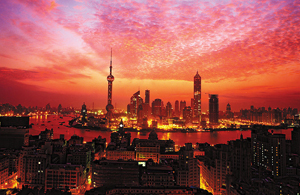 The word Bund originally means "embankment on the waterfront" in Anglo-Indian. You’ll experience the definition literally with a feeling of space and openness that you won't find anywhere else in Shanghai. The tour begins with an evening cruise on the Huangpu River. The Bund is divided into two sections by the river: Pu Dong and Pu Xi, which mean "east of river" and "west of river".