Built between 1911 and 1918, situated in the city of Shanghai, Jade Buddha Temple is one of the famous Buddhist temples in the city. It belongs to the Chan sect, with a history of over one hundred years. There are also some impressive images of the Heavenly Kings in the temple. Everyday there are many people coming to worship and burn incense at this very holy and active shrine. 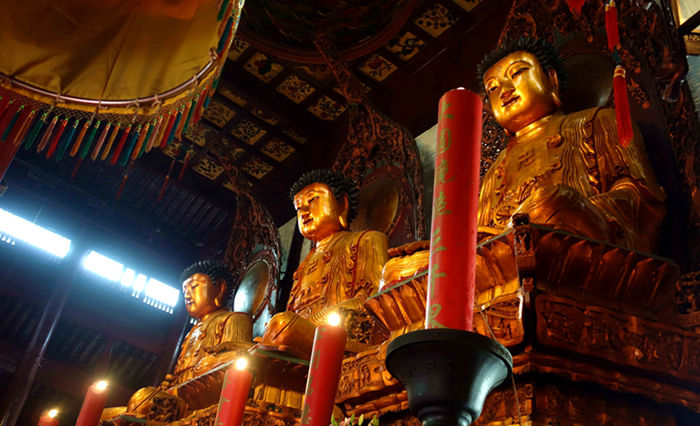 In 1882, Huigen, a monk, brought back two jade Buddha statues from Burma, and built an old temple to keep them. But the temple was destroyed during the revolutionary period of overthrowing the Qing Dynasty. Fortunately, the jade Buddha statues survived from the destruction. And later in 1928, a new temple was constructed on the present site, named the Jade Buddha Temple. Though it is with a short history, the Jade Buddha Temple is unique and inimitable in this modern city because of its old-time and classical architectural style. In the different halls of the temple distribute many other ancient paintings and Buddhist scriptures. 1.9 meters in height and carved out of a single piece of jade stone, the seated jade statue is one of the most precious relics in the Temple. It has the image of a solemn Buddha and is renowned as a gem of Buddhist art works.