Hangu Pass in the Han Dynasty 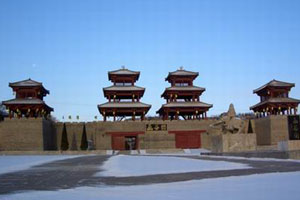 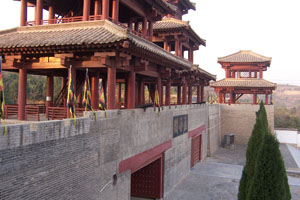 There were two famous passes in Chinese history called Hangu. One was built in the Qin dynasty in what is now Lingbao County, Henan Province. The other was built in the Han dynasty and is about half a kilometer east of Xin’an County, an outlying district of Luoyang.

Hangu Pass in Han dynasty was built by Yang Pu, a general of the Western Han who served under Emperor Wudi all his life and made great contributions to the establishment and consolidation of the great Han Empire. For his services, he was awarded the title of Marquis of Liang. Yang Pu’s ancestral home was at Xin’an, which was very far from Chang’an, the dynastic capital, and about 150 kilometers east of the Hangu Pass built in the Qin dynasty. His home was therefore“outside the pass”，a term that in feudal times had an “alien” connotation. The old general considered it a disgrace to be living “outside the pass” of the Han dynasty, so he petitioned to Emperor Wudi to have Hangu Pass moved to Xin’an ,for which he would pay the expenses. The emperor readily approved the removal, abolished the Qin dynasty pass. and had a new built one east of Xin’an.

The new Hangu Pass was built in a deep and secluded valley as if it was concealed in an envelope, which is what” Hangu” means: “enveloped valley” the pass consists of a platform nine meters high.25 meters north- south, and 12 meters east-west, on which stands a two-story building. Below the building is an arched tunnel four meters wide and seven meters high --the all-important passage on the road from Luoyang westward to chang’an .In front of the pass are two other platforms. One is called the Cock Crowing Platform and the other the Platform for Watching the Mist. They were originally built to commemorate two events of the Warring States period: Meng Changjun’s flight from the state of Qin and Laozi's journey through the pass on the back of a black cow. According to legend, Laozi’s arrival at the pass was heralded by the appearance of a purple mist in the east.

The Han dynasty Hangu pass links up Luoyang in the east with CIlang’an in the west. Parallel to it in the south is the Oin Range while on its northern Hank is the Yellow River.Thus fortlfied by natural barriers.Hangu Pass was regarded as the foremost of the eight strategic passes of the Han dynasty: The pass underwent repairs in 1924.which basically preserved its original size and features.

The plaque with the four characters meaning “Han Dynasty Hangu Pass” that hangs over the entrance was written by Kang Youwei, a noted reformer of the late 19th century. Today, the strategic and geographic Importance of the old pass has been further enhanced with the construction of the Luoyang-Xin’an Highway in the south and the Long-Hai Railway in the north.