Surrounded by a range of mountains from the northwest and rolling hills from the northeast, Zhoukoudian is a small village, located about 50 km southwest of Beijing. Walking westward of the village, you will find the Peking Man Site.

It is said that Johann Gunnar Anderson, a Swedish geologist and archaeologist, was told that there were some fossils at a hill near Zhoukoudian in February 1918. He was very interested and then made a survey at the hill in the following month. There he discovered a lot of rodent fossil. This discovery of the rodent fossil led to a series of investigations in the region, which were very important in fields of archaeology, paleontology and anthropology. 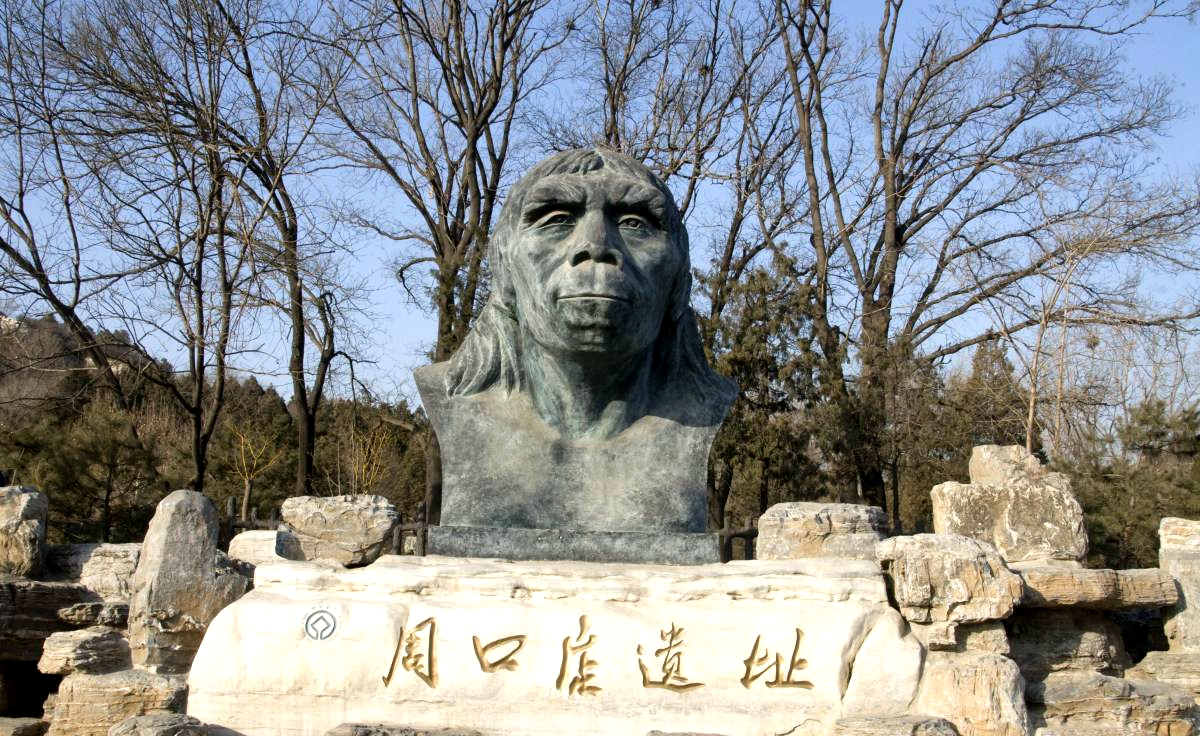 In 1921, as local people had told that there were more fossils on Dragon Bone Hill, Anderson and Otto Zdansky, an Austrian paleontologist, made another survey at Zhoukoudian. They launched an excavation, finding some animal fossils and quartz fragments. During the excavation, they discovered the two human-like teeth. In the following year, they continued the excavation at the locality. On the 22nd of October in 1926, Andersson announced the discovery of two teeth of early man from Zhoukoudian at the welcome ceremony for the Swedish Prince's visit to China. The news shocked the scientific world. Since then there had not been any discovery of any such ancient human fossil in China nor in any other country in Asia.

The origin of the name "Peking Man" was come from A. William Grabau, an American geologist. He was the first man who gave the popular name to the specimen. The species is nowadays attributed to Homo erectus pekinensis in accordance with the development of anthropology. However, people nowadays still call it Peking Man.

In 1928, the famous Chinese paleontologist Dr C. C. Young, and a young Chinese geologist Wenzhong Pei, participated in the excavation. In this year they unearthed two lower jaws of Peking man. The establishment of "Cenozoic Research Laboratory" in 1929 by Dr Weng and Dr Black made the excavation more successful.

On the 2nd of December in 1929, Dr. Pei found the first and almost complete skull cap of Peking Man in the red sandy clay in a branching cave where a fissure crosses the main cave. The discovery made waves in field of science. The two human-like teeth that had been found before were not convincing enough to everyone that they belong to Peking Man, but the skullcap gives more anatomical proof and was much more pervasive.

Representing another kind of ape man, Peking Man came on stage. Different from the ape physically and cranially, Homo erectus was able to engage in creative behavior, develop culture, control fire, and hunt big animals. The discovery of Peking Man made it possible for one to solve the long-duration polemics that had continued since the discovery of Java man in the 19th century and proved that Homo erectus evolved from the ape. It has set up the erect man stage which occupies the intermediate stage in human evolution. The discovery brought a sudden progress in the theory of human origin and evolution. Thus stands an everlasting monument in the history of paleoanthropological research --Peking Man.

Excavation at the Peking Man Site was unfortunately interrupted because of the invasion of the Japanese in 1937. During World War II the five skullcaps of Peking Man were lost. It is suspected that one was attempted to smuggle them to America, but sadly they have never been traced.

At present, you can see some fossils excavated from the site exhibited in the museum, which provide you more information about Homo erectus. Additionally, you can have a visit to the actual caves where Peking Man and Hilltop Caveman lived. The cave at Locality No.1 was originally 140 meters from east to west. Irregular in width, it is more than 40 meters high. Occupied this residence for about 500,000 years ago, and it is estimated that Peking Man maintained it over the course of a quarter of a million years.

Until now, holding as ever a realistic and scientific value, the Peking Man Site is the most comprehensively and systematically studied representative site of Homo erectus. The scientific data for the study of the evolution, behavior, and paleoenvironment of Homo erectus that the Peking Man Site provides is more precise than that contemporary African and European sites do.