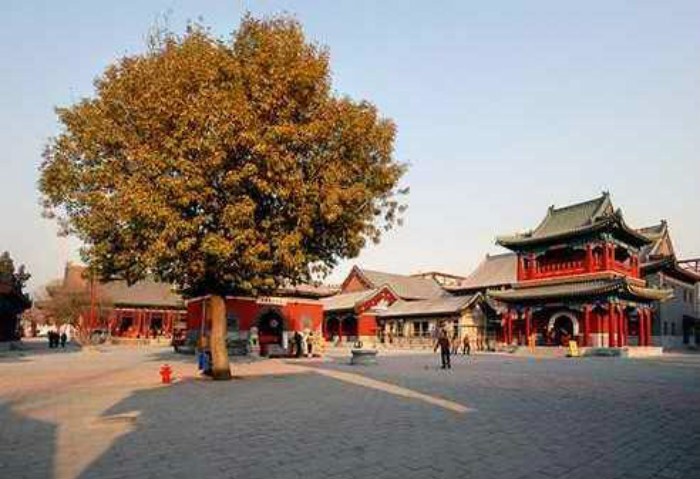 The present temple, covering an area of 10.38 acres (about 42,000 square meters), is composed of two parts: the West Temple and the East Temple. The west one was built in 1669 in the Qing Dynasty, while the east called New Temple was built in 1942 by the Master Monk Tan Xu.

The West Temple is the site of Tianjin Buddhist Institute, including the Buddhism Scripture Chanting Hall and Buddhist Abbot Hall. And the main part of the Dabei Buddhist Temple is a series of Buddhist architecture in the East Temple – the Dabei Hall, Grand Hall, Hall of Heavenly Kings (Tianwang Hall) and Hall of Earth Treasure Bodhisattva (Dizang Hall). 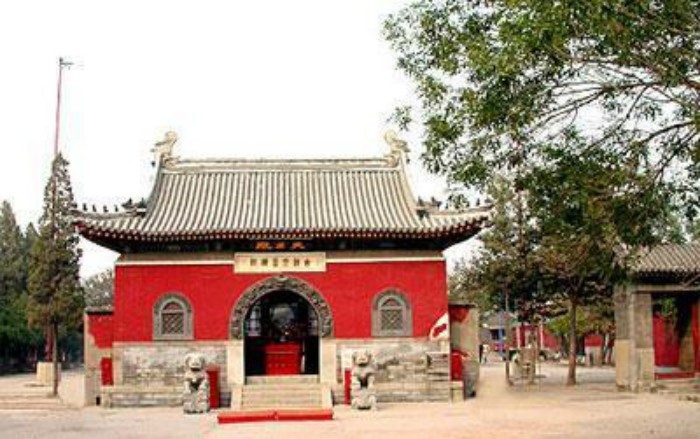 Among those, the Grand Hall lies in the center, featuring hundreds of statues made in Chinese ancient times with bronze, iron, wood and stone. Demonstrating the care and the precision of the sculptors, the statues are exquisite and artistic. Included are statues of Sakyamuni, Kwan-yin of One Thousand Hands, Maitreya and the Eighteen Arhats of the Buddha.

Dabei Hall enshrines the statue of Kwan-yin. This statue of Kwan-yin is very special with 24 arms and a pair of eyes which can perceive the front as well as both the left and the right. The wall inside Dabei Hall is painted with colorful murals, describing the life experiences of Sakyamuni. 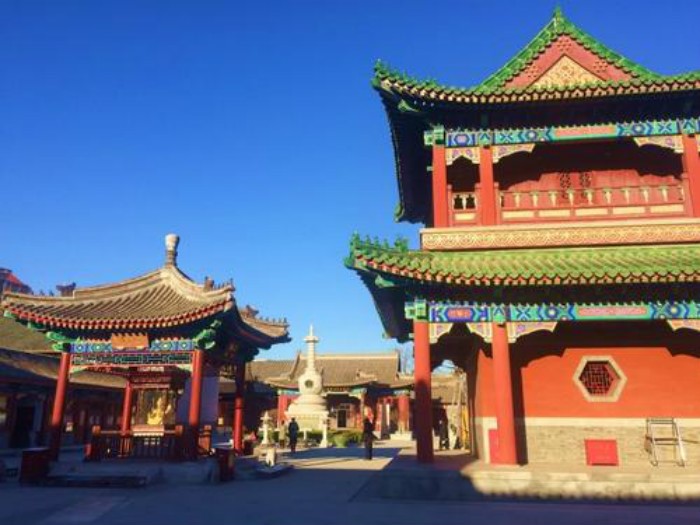 The Hall of Heavenly Kings houses the statue of Buddha Maitreya, namely Future Buddha in the center. The statues of the four Heavenly Kings stand on the two sides, symbolizing favorable weather for the crops. The Hall of Earth Treasure Bodhisattva honors Ksitigarbha Bodhisattva and many hierarchs.

Tianjin Dabei Buddhist Temple once housed an invaluable Buddhist treasure – a piece of head bone relics of Xuanzang, an eminent monk in the Tang Dynasty (618-907). In 1956, the Buddhist relic was sent to India as a gift to embody the friendship between India and China. Now, without the top treasure, the temple is still very popular among disciples and visitors, especially on Buddhist festivals. In addition, various tasty vegetarian foods are available there.