It is a place that gathers the beauty of Chinese water villages.. “Small bridge, water, people” the simple customs make people enchanted, people linger. Walking in the quiet streets, beautiful fields, clear river, you can enjoy the historical relics, but also explore the origins of folk feeling, find a wild, enjoy the rare light spirit and leisure.

Surrounded by water, zhouzhuang is like a bright pearl moored on the lake. The folk houses in zhouzhuang still have the ancient style, which completely preserves the architectural style of the water town. 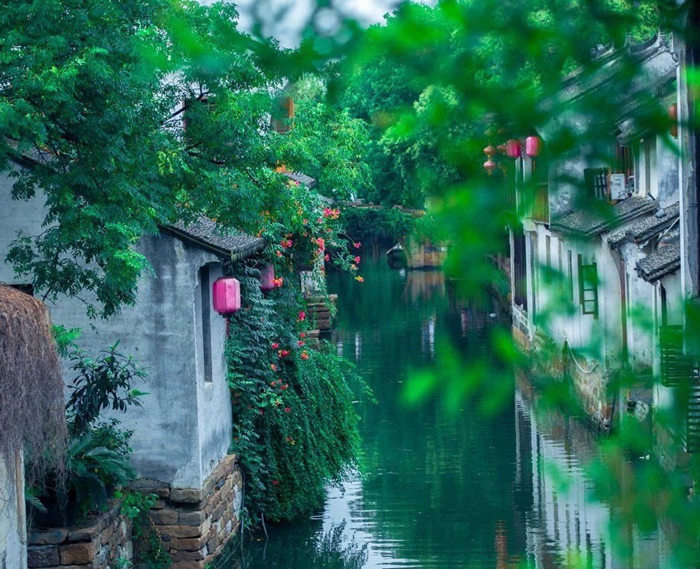 Rivers crisscrossing, green waves ripple, in the morning, small bridge water, mist like yarn; Evening, the setting sun slanted, fishing boats flat flat, is a typical portrayal of the jiangnan water township. On the roofs of some ancient houses in xitang, there are nearly foot-high earthen grass. It is said that the spirits of the former owners of the houses attached themselves to these grass, which made them grow so luxuriant and protected the tranquility and long growth of the ancient houses, as well as the prosperity and peace of the ancient town.

Tongli town is a national 4 a level tourist scenic spot, China’s top ten historical and cultural town, China’s top ten charm famous town, is located in wujiang city of jiangsu province in the east of the north 18 kilometers away from suzhou, 80 km from Shanghai to the east, with “national park” of the first group of 20 countries, “China top ten movie and TV base”, “Chinese living example prize”, “national hygiene”, “China best planning city” and so on many national honorary title. Tuisi garden, its core scenic spot, is a national cultural and cultural preservation institution, and has been included in the “world cultural heritage” list. Therefore, tongli has become the only world cultural heritage site among the ancient water towns in the south of the Yangtze river.

Tourists were conquered by the beauty of architecture and culture. After visit the ancient town, tourists, touch the deepest said at most is, surprise, surprise, shock, excited, couldn’t think of chuxiong there will be such a spectacular and unique style, culture, customs, the grandeur of the cultural tourism scenic spots, architecture, landscape, water landscape beauty, beauty beauty amorous feelings, the original ecological folk customs of ancient as stages of song and dance performances, which will bonfire party thought, carnival, etc. Enjoy the experience of the yi people’s living culture, happy unforgettable.

Wuzhen, the cover of south China. Inheriting a thousand years of history and culture; Simple and beautiful scenery of the water town; Unique flavor of delicacies; Colorful folk festivals… Wuzhen has become a living fossil of the ancient Oriental civilization because of its profound cultural accumulation and everlasting life style. The inheritance of wisdom, accompanied by the passion for books, presents a fascinating historical picture here. It’s a natural beauty. 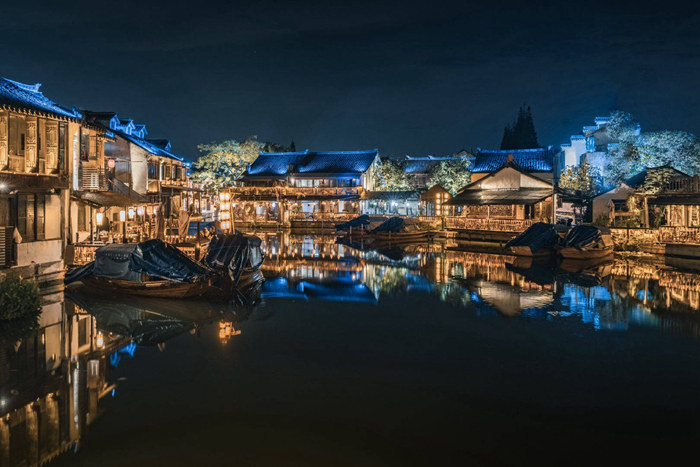 Nanxun ancient town is known as “the land of culture” and “the land of poetry and books”, and many famous figures have appeared, such as zhang jingjiang, a man of the republic of China, zhang shiming, one of the initiators of “xiling printing society”, and xu chi, a famous poet and essayist.

Lijiang is also crowned with the national yulong snow mountain scenic spot. The scenic spot contains the old town of lijiang built in the southern song dynasty and numerous ancient temples and temples. There are 5596 meters of xiongxiu yulong snow mountain; There is the world famous deepest and most dangerous tiger leaping gorge; There are known as “the first bay of the Yangtze river” stone drum; Mountain vegetation, danxia landform wonders of laojun mountain, dawn and other areas of large area of geological landscape…… .

Zhujiajiao in a few years ago or is antique, but economic tide, after all, is very powerful, but a few years, the appearance of zhujiajiao has big change, the small town of more than five hundred, in the crowd coming and going quietly changed, color beautiful, ancient buildings meteorological remains intact, but the grand commercial cover a lot of color. The town is very close to the downtown area of Shanghai, which gives zhujiajiao a unique advantage in terms of tourism. However, Shanghai residents who have really been to zhujiajiao do not know how many. Not famous, many visitors, the characteristics of the town is not outstanding is the characteristics here. But around the metropolis of Shanghai, it is not easy to have such an ancient town.

Located in the west of suzhou, near the taihu lake, is a famous ancient town in the south of the Yangtze river. Beautiful scenery in the territory, rich, and just in the balance, lingyan, shishan, seven son and other famous mountains in wuzhong encircling, so there is “treasure basin” said.

This article is to introduce the list of the top ten most beautiful water town in China, I hope you will like these places