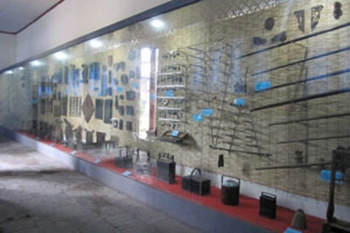 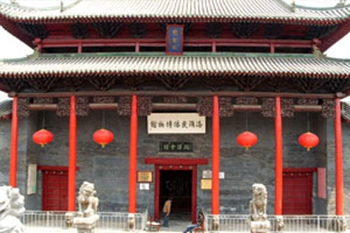 Luoyang Folk Museum is built at the former site of Luze Assembly Hall, which was built in 1744, which was as one of the most famous ancient architectural complexes in the Qing Dynasty. In 1981, it was called Yuxi Museum and changed to its current name as Luoyang Museum in 1987. It was open to public in 1988.Luoyang Folk Museum is a museum dedicated to the display of folk customs and carrying forward Heluo Culture. ("He" means Huanghe-the Yellow River , "Luo" means the Luo River, and "Heluo" means the area near the joint of this two rivers, with Luoyang as its center. This is one of the birthplaces of Chinese civilization).

Folk art is one of the most important components of folk custom. It is a kind of tangible culture displaying the beauty of countryside. In Folk Art Exhibition Hall of the museum, the papercut for lovers and for indoor decoration is displayed. The papercut on display are created by skillful hands. They comes in different colors and patterns. In addition, there are many root-carvings and wood-carvings in the exhibition hall. The sculptors have tried their best to interpret the appearance and action of figures in an accurate way, thus leaving the visitors with the eternal esthetical moment.

Luoyang Folk Culture Temple Fair will be hold annually during the April 14th to 25th.It is an important public cultural entertainment activity in Luoyang. The museum will organize folk art groups from all parts of the city to perform in the temple fair. The programs performed in the temple fair are abundant in local characteristics and strong modern breath. A large number of tourists from home and abroad will be attracted to take a visit.