This is a huge impregnable wall, which has experienced 600 years of history, now lying peacefully like a giant in the city center of Xian. With a tallness of 12 meters and thickness of 15 meters, this giant looks as strong as iron. You may come into the ancient town surrounded by a 11.9-kilometer-long wall from the distinct gates. 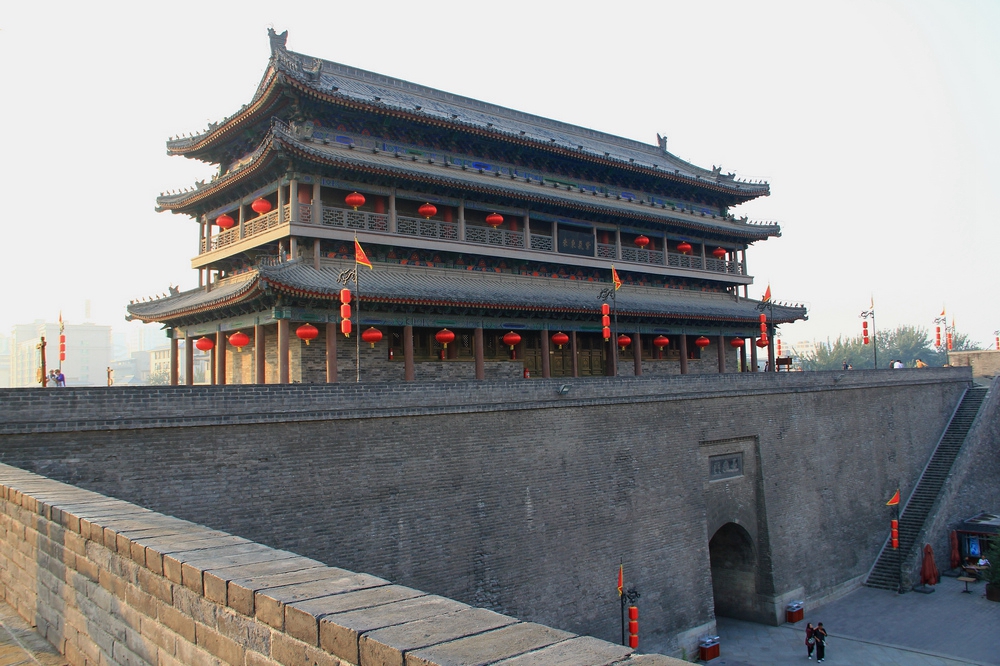 When Zhu Yuanzhang, the first Emperor of the Ming dynasty (1368-1644), occupied the city of Huizhou, he took advice to fortify the city and unify the other states by turning the wall built initially during the old Tang dynasty (618 -907) into the present Xi'an City Wall.

Surprisingly, every 120 meters, there is a rampart extending out from the main wall, therefore totally 98 ramparts are set on the wall, which were built to defend against the enemy climbing up the wall. Besides, the distance between every two ramparts is just within the range of an arrow shot from either side, so that they could shoot the enemy, who wanted to attack the city, from the side. On the outer side of the city wall, there are 5948 crenellations, namely battlements. The soldiers can outlook and shoot at the enemy. On the inner side, parapets were built to protect the soldiers from falling off.

In the ancient China, the side who was able to occupy the city of the other won the battle. However, there was no efficient way to enter into the city that protected by the impregnable wall. Therefore, from the defensive side the feasible way is to keep the gate. This is why complicated gate structures were built within the wall. In Xian, there are four gates set along the giant wall, which respectively named as Changle (meaning eternal joy) in the east, Anding (harmony peace) in the west, Yongning (eternal peace) in the south and Anyuan (forever harmony) in the north. The south gate, Yongning, is the most beautifully decorated one.

Among all the greatest ancient city walls in China, it was the most well-preserved and intact one, from which you can learn a lot about how the wars were going in the ancient China and how and for what the cities were built.