Situated in the suburbs south of Xi’an is the Daxingshan Temple; one of the oldest Buddhist temples in China. It was built during the Western Jin Dynasty (265-316). During the Sui and Tang dynasties, Buddhism prevailed widely in Chang’an, Xi’an City’s earlier name. Many Indian monks remained there to translate the sutras and promulgate the Buddhist doctrines. Over time, the Daxingshan Temple became one of three temples especially used for translating sutras. The other two are Ci’en Temple and Jianfu Temple. 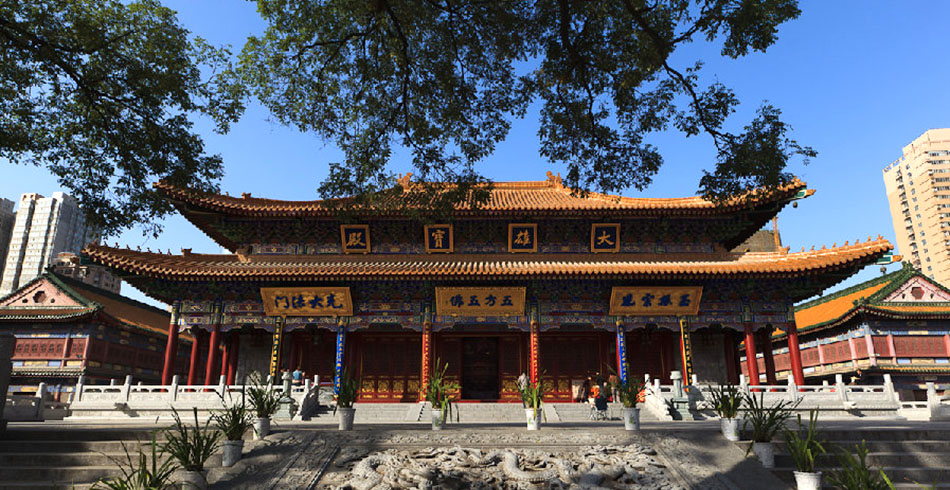 The present-day Daxingshan Temple is the result of large-scale restorations in 1955 and 1983. Inside the temple, Qing-style architectural features are predominant, including Mountain Gate, Devajara Hall (Hall of the Heavenly Kings), Mahavira Hall (Daxiongbaodian), Bell and Drum Towers, Kwan-yin Palace and many other halls in which Buddhist followers can pray.

As one enters the Mountain Gate, the Bell and Drum towers can be seen on either side. A wood-carved Maitreva statue from the Song Dynasty stands in the middle of the Devajara Hall, with four Heavenly Kings flanking it. On walking into the Kwan-yin Palace, a sandalwood-made, thousand-hand Kwan-yin statue is sure to surprise you! During some of the Buddhist festivals, the temple is crowded with believers.

Today, the Daxingshan Temple and its surroundings has been developed into a park temple and is open to tourists.