Mount Qingcheng – One of the Four Famous Taoist Mountains in China

It is also the global mainstream of Taoism – the holy land of the whole dragon sect, one of the ten celestial caves, one of the four Taoist mountains in China, one of the five immortal mountains, the birthplace of Taoism in China.

Qingcheng mountain is located in the southwest of dujiangyan city, chengdu city, sichuan province. The scenic area covers an area of 200 square kilometers, and the highest peak, laojunge, is 1260 meters above sea level. Qingcheng mountain is divided into front mountain and back mountain. Surrounded by undying peaks and verdant trees, qingcheng mountain enjoys the reputation of “qingcheng world of quiet”.

Green mountains, evergreen four seasons, peak ring zhi, shape if the city, so named qingcheng mountain. Dan ladder thousand, winding path through you, win with you clean. Inside and outside the scenic area, tianshi cave and yuanming palace are quiet features of qingcheng mountain. 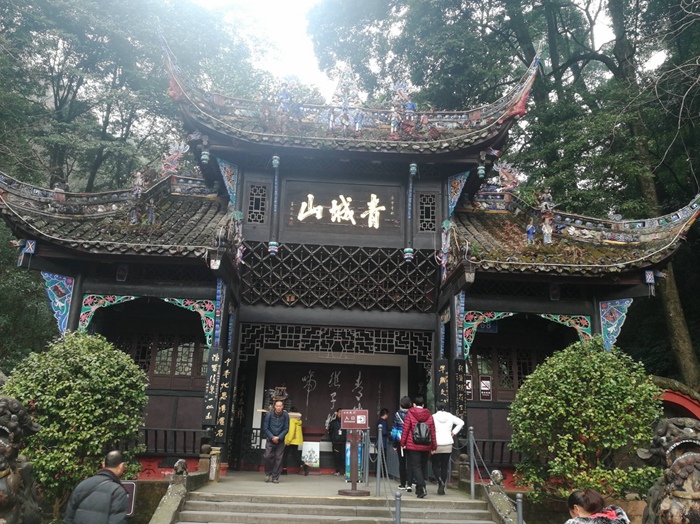 Jianfu palace, built in 730, is located to the left of the former arch. At present, there are three halls in the Forbidden City. On the pillars of the hall is a 394-character couplet, the third longest in China. The architectural style of jianfu palace is an antique. Seems normal from the outside; However, when you enter, you will be surprised. Red lanterns hung all over the palace; They looked brighter against the green trees inside and outside the palace.

Tianshi Celestial Cave is one of the main Taoist temples on mount Qingcheng, where the Taoist association of Qingcheng county is located. Tianshi cave was built in the sui dynasty (518 ~ 619), surrounded by mountains on three sides. Legend has it that the founder of Taoism, Zhang Daoling, practiced here. The temple still houses a statue of Zhang Daoling. There is a millennium ginkgo tree in the temple, it is said that Zhang Daoling personally planted. The ginkgo tree in autumn is the most beautiful, is a must see scenic spot when visiting sky hole.

The upper Qing palace is located 500 meters from the top of Qingcheng mountain. Originally built during the Jin dynasty (265 ~ 420), the existing palace was rebuilt and restored during the Qing dynasty (1644 ~ 1912). Now, there are Laojun palace, Sanqing palace, Wenwu palace and many ancient buildings and antiques. Climbing up the stone steps behind the palace, there is a pavilion called sunshine pavilion, which is even more magnificent. If you are tired, this is a good place to rest, you can taste delicious vegetarian food here.