Neolithic (7,000 BC-3,700 BC), Bronze (3,700 BC-2,700 BC) and Iron Age Sites (770 BC), and so on can be found in the Yellow River’s drainage basin, which had been the center of ancient Chinese culture since the Azilian (Middle Stone Age). Here, the story of three cultural heroes: Suiren-shi who taught the Chinese to make fire by drilling wood, Fu Hsi who was the inventor of hunting, trapping and fishing and Shennong-shi who invented agriculture, was spread. It was these three legendary individuals that began the development of civilization in the Yellow River basin. After that, many ancient Chinese emperors, like Emperor Qin Shi Huang, Genghis khan (1162-1227, grandfather of Kublai Khan who is the first emperor of the Yuan Dynasty (1271-1368)) pushed the Yellow River civilization to a wholly new level of refinement, grace and spirituality which drew the attention of the whole world. 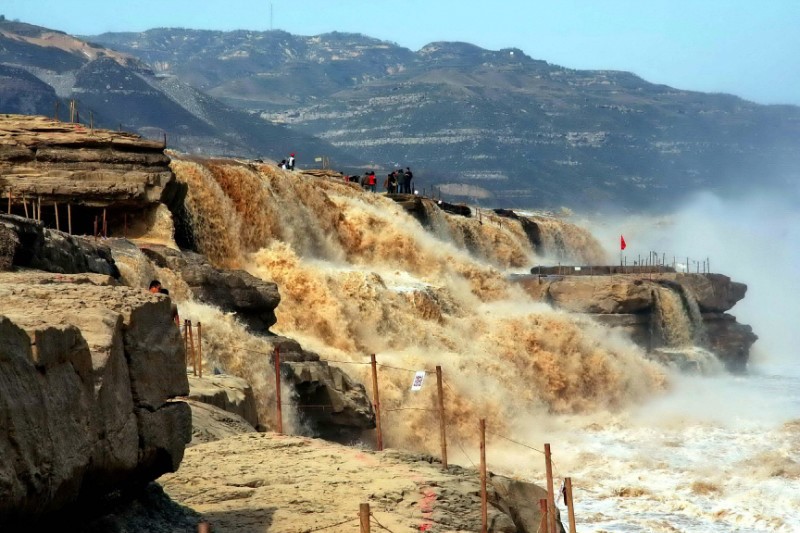 The Yellow River originates at an elevation above 15,000 feet (4,600 metres) in the Bayan Har Mountains, in the eastern Plateau of Tibet. In its upper reaches the river crosses two large bodies of water, Lakes Ngoring and Gyaring. Those shallow lakes, each covering an area of about 400 square miles (1,000 square km), are rich in fish and freeze over in winter. The Yellow River in that region flows generally from west to east. The broad highlands of the upper course rise 1,000 to 1,700 feet (300 to 500 metres) above the river and its tributaries. The highlands consist of crystalline rocks that are sometimes visible as eroded outcroppings on the surface. The river enters a region of deep gorges, winding its way first southeast, then northwest around the A’nyêmaqên (Amne Machin) Mountains, where its fall exceeds 10 feet per mile (2 metres per km), and then east again between the Xiqing and Laji mountains. 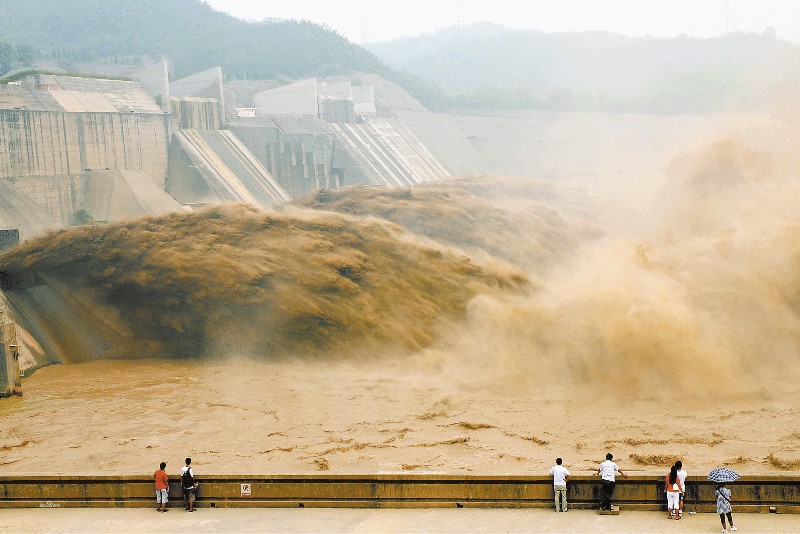 The middle course of the Yellow River, extending more than 1,800 miles (2,900 km), consists of a great loop and drains an area of about 23,000 square miles (60,000 square km). The river at first flows northeast for about 550 miles (880 km) through the sandy soils of the northern Hui Autonomous Region of Ningxia and of the western Ordos Plateau. It has many rapids there, and in a number of places it narrows. The river then turns eastward and flows for another 500 miles (800 km) through alluvial plains in the Inner Mongolia Autonomous Region, in places branching into numerous distributary channels. In that stretch its fall is less than half a foot per mile (9 cm per km), and many of the channels have been developed over the millennia for irrigated agriculture. 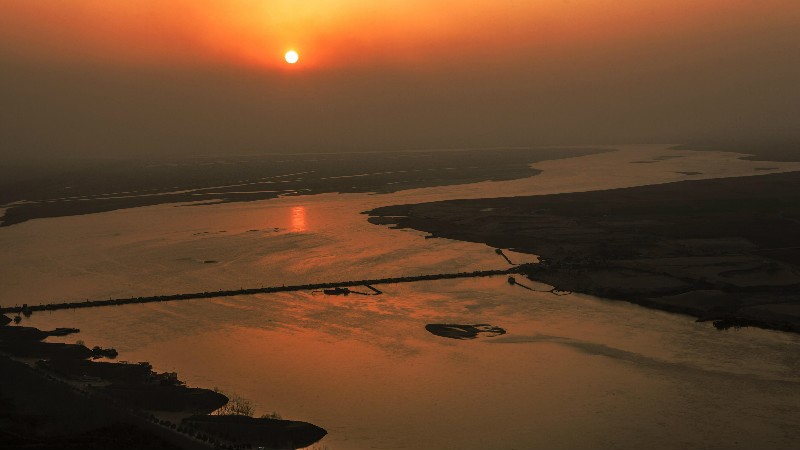 The lower Yellow River is about 435 miles (700 km) long with an average fall of about 3 inches per mile (5 cm per km). Downstream from Zhengzhou the Yellow River broadens out to flow through Henan and Shandong provinces across the North China Plain. The plain is a great, nearly featureless alluvial fan broken only by the low hills of central Shandong; it was formed over some 25 million years as the Yellow River and other rivers deposited enormous quantities of silt, sand, and gravel into the shallow sea that once covered the region. The plain has been densely inhabited for millennia and long has been one of China’s principal agricultural regions. The river has changed its course across the plain several times, and the region’s inhabitants have built extensive systems of levees and irrigation works in an attempt to control the river’s flow. The area illustrates perhaps better than any other place on Earth how human activity has combined with natural forces to shape the landscape.

Spoken by over one billion people, Chinese is indeed the greatest language in the world. But rather than one language, China has many “ languages” or “dialects” that are based on the same written language, hence differing primarily in pronunciation and speech. 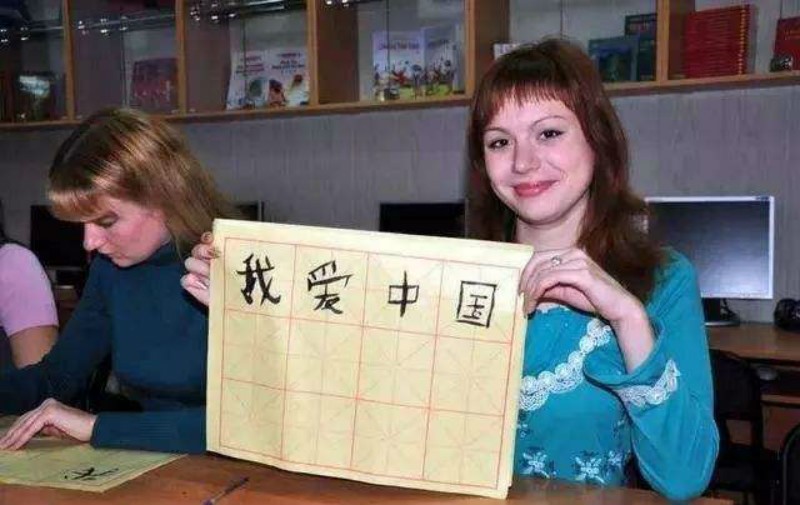 Consisting of many diversifying dialect, Mandarin is perhaps the most well-known Chinese language group. This is mainly because Mandarin dialects are spoken by a 70 % majority of the Chinese people situated in northern and western regions. One of the mandarin dialects primarily spoken in China’s capital Beijing is also referred to as the national language.

Spoken by over a billion people, the Mandarin dialects are hence the largest of the Chinese languages. Mandarin is also a popular language to learn by visitors since it is referred to as the national language and used in many official channels. Learning the Beijing – Mandarin dialect is furthermore becoming a popular reason for European neighbors to study abroad in China.

As one of the six official languages used by UN (United Nations), Chinese now has earned itself greater status in the World. The official language of China is the Mandarin, which is the very name of ‘Hanyu’ or ‘Putonghua’, belonging to Sino-Tibetan.

Mandarin is shaped and based on the Beijing dialect and other dialects spoken in the northern areas of China. Students are often taught mandarin as ‘Yuwen’ in their schoolbooks. It is beyond all doubt that mandarin is used as a mother tongue by the most people accounting for about one fifth of the world’s population. Chinese once had very great influence on some peripheral countries with their languages and characters, such as Japanese, Korean and Vietnamese. 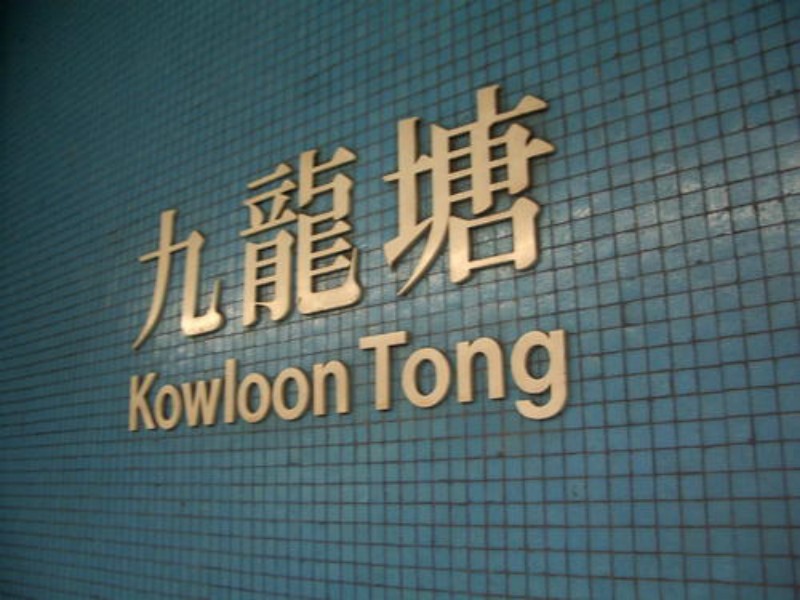 Official language in Hong Kong and widely used in Gungdong, Southern Gungxi, Macau, Hainan, Zhuang region and other abroad settlements. The name Cantonese is argued to be derived from Canton, the English word for the Guangdong province.

Cantonese preserves more features of Ancient Chinese than do the other major Chinese languages; its various dialects retain most of the final consonants of the older language and have at least six tones, in contrast to the four tones of Modern Standard Chinese, to distinguish meaning between words or word elements that have the same arrangement of consonant and vowel sounds. The language has fewer initial consonants than Modern Standard Chinese and about twice as many distinctively different syllables. Before the mid-20th century the majority of Chinese immigrants spoke Cantonese. 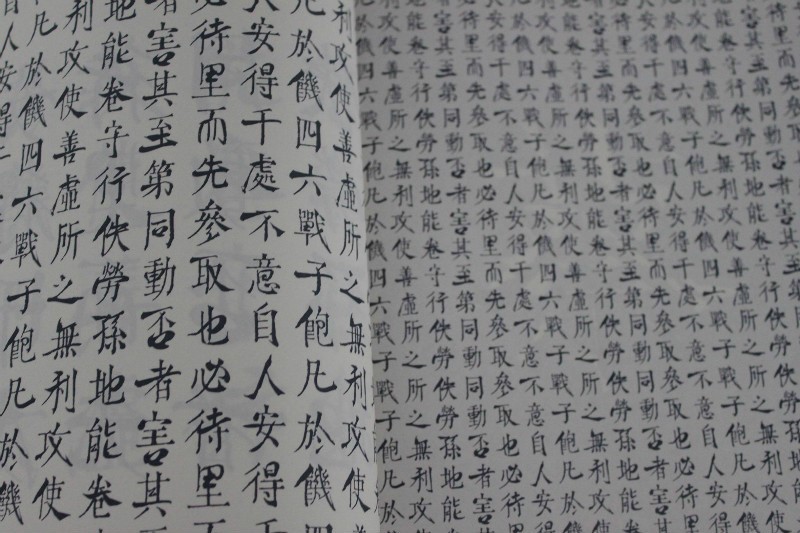 The Chinese character has more than 3,000 years of history. It is a kind of hieroglyphic which originated from carapace-bone-script in the Shang Dynasty (16th – 11th century BC). It then developed into different forms of calligraphic handwritings like large seal script, small seal script, official script, regular script, cursive script and running script.

There are altogether 80,000 Chinese words or so that originate from ancient times; however, only about 3,000 words for daily use are available to express over 99% of the information in written form because a word contains many different meanings. The character is now of two kinds – Simplified and Traditional. Simplified style are often used in mainland China, Singapore, and oversea Chinese communities in Southeast Asia, while the latter is often accepted in Taiwan Province, Hong Kong, Macau and oversea Chinese communities in North America. 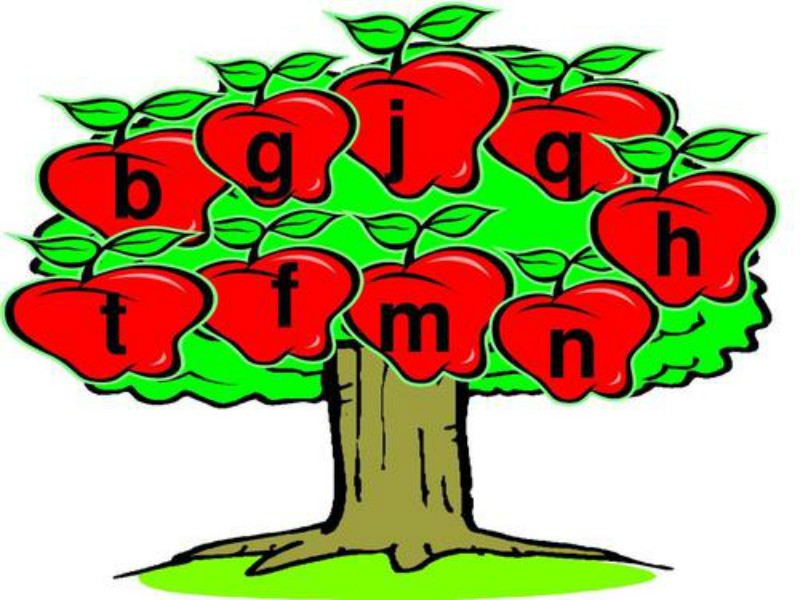 Pinyin, short for Hanyu Pinyin, which means “phonetic notation” or “phonetic symbols” while Pin means “spell(ing)” and Yin means “sound(s)”, is a system of romanization for Standard Mandarin. Pinyin was approved in 1958 and adopted in 1979 by the government in the People’s Republic of China.

Pinyin is a romanization and not an anglicization; that is, it uses Roman letters to represent sounds in Standard Mandarin Chinese. The way these letters represent sounds in Standard Mandarin Chinese will differ from how other languages that use the Roman alphabet represent sound. For example, the sounds indicated in Pinyin by b and p are distinguished from each other (by aspiration) in a manner different from that of both English (which has voicing and aspiration) and of French (which has voicing alone). Other letters, like j, q, x or zh indicate sounds that do not correspond to any exact sound in English. Some of the transcriptions in Pinyin such as the ang ending, do not correspond to English pronunciations, either. Pinyin has also become a useful tool for entering Chinese language text into computers. 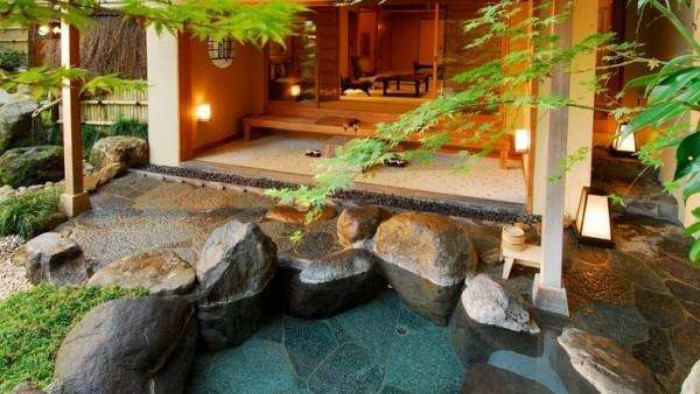 You can find more than 30 outdoor hot springs with different medicinal values in forests and bamboo forests, such as herb hot springs, salt hot springs, tea hot springs and so on. You can have a bird ‘s-eye view of the resort and feel relaxed and free when using the top-of-the-range spa.

There are also many exciting water entertainment activities, such as diving, wading, rafting, water skiing and so on. There are billiards, table tennis, karaoke and other entertainment facilities for you to choose. During the break, you can enjoy all kinds of delicious food and drinks.

Built in classical Chinese style, the rooms are richly decorated and fully equipped for the Ming (1368-1644) and Qing (1644-1911) dynasties. The 48 distinctive pavilions, terraces and halls are connected by corridors decorated with murals and lanterns from the qing dynasty. There is a rose garden in the center. In the guestrooms, you can enjoy private Spaces, or enjoy a variety of spa treatments.

To the north of the resort, the sunshine horse club has a 400-meter (430-yard) track and professional riding guides. In addition, you can also enjoy sichuan cuisine, shandong cuisine and cantonese cuisine at seven Chinese restaurants.

Jiuhua hot spring resort is a resort in Xiaotangshan hot spring complex. In the style of classical Chinese gardens, it covers more than 133.3 hectares (1330 acres). This hot spring flows through each guest room and originates in the southwest of the outdoor hot spring area. The village has a variety of interesting attractions, such as a hot spring theme park and a hot spring swimming pool. In addition, you can enjoy a variety of saunas and exercises in different gyms.

Then, you can go to the indoor area on the first floor of le kang palace. In addition to enjoying the indoor hot springs, you can also visit some interesting attractions, such as mermaid birth park, thunder falls, and mermaid slim spring. There are mud moxibustion combined with different natural herbs to relieve the pain of certain diseases, such as rheumatism and muscle soreness. Turkish fish therapy relaxes and cleans your body. Children’s water park and castle on the first floor, providing children with wooden horse, swing, rotating slide, water slide, mushroom waterfall and other recreational facilities.

In addition, you can also enjoy different types of sauna in the outdoor area and le kang palace. Up to the fourth floor, you can enjoy a relaxing massage. There are also sports facilities such as bowling, table tennis and billiards. You can play chess or exercise in the gym..