Why eat dumplings in winter solstice? 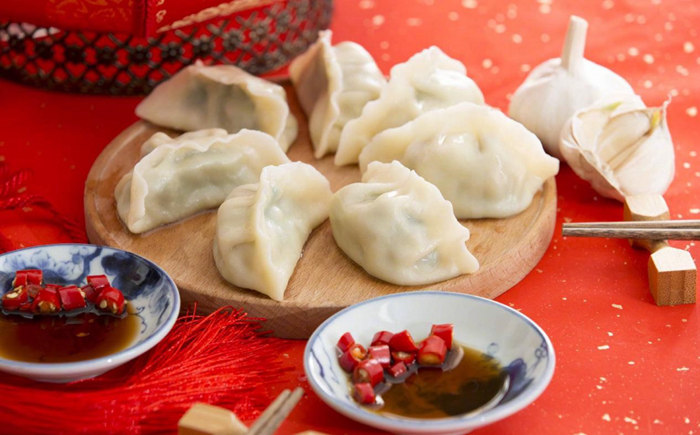 Jiaoer, the original name of dumpling, was first invented by Zhang Zhongjing, the medical saint of China. At the end of the Eastern Han Dynasty, many people suffered from serious disasters. Zhang Zhongjing not only has excellent medical skills, but also has high medical ethics. No matter the poor or the rich, he has seriously treated them and saved countless lives.

When he saw that some people were poor and their ears were frozen, he was very sad. So he asked his disciples to set up a medical shed to cook mutton and some herbs in a pot. He fished them out and chopped them up. Then he used a dough bag to look like ears. Then he put them down and cooked them in the pot. After they were done, they served them to the people. After eating, people’s ears were cured. Later, people imitated to make dumplings every winter solstice, so the custom of “pinching frozen ears” was formed. Later people called it “Jiaozi.”

Today, Chinese people don’t need dumplings to treat frozen ears, but dumplings have become the most common and favorite food.

This May Be the Original Color of the Terracotta Army
Lingering Garden - Most Poetic Garden in China
Rishengchang Former Bank, One of the Earliest Exchange Shops in China
Chinese Wood Carving, Originated in Neolithic Period