Blue Dragon Temple is a famous Buddhist Temple from the Tang Dynasty (618-907). When it was built in 582, it was called Linggan Temple (Temple of Inspiration) and then renamed to its present one in 711. When Buddhism was prevalent during the Tang Dynasty, some Japanese monks were sent to China to study Buddhism. Six of them studied at BlueDragon Temple, and this led to a flourishing period of the temple in the ninth century. 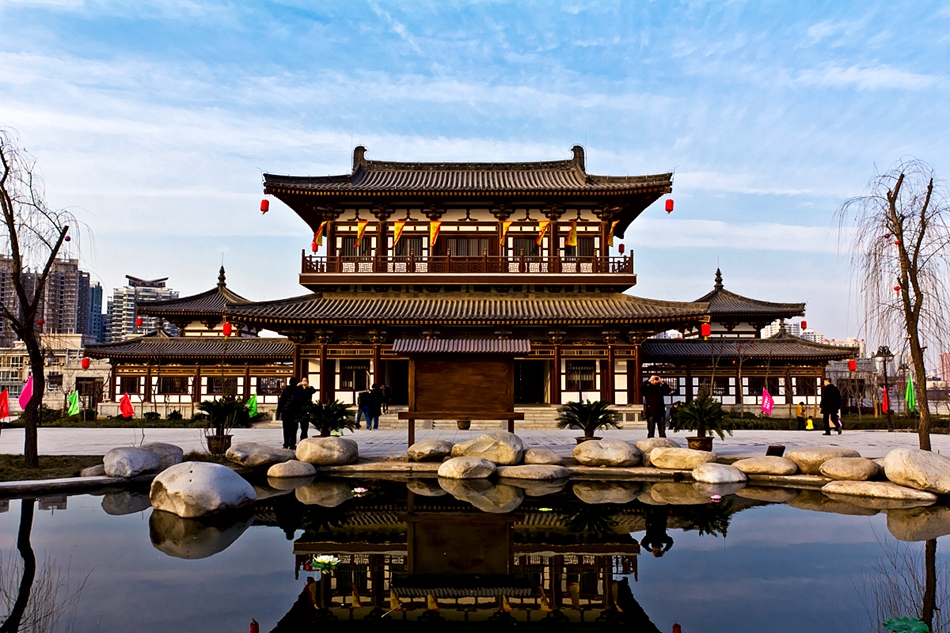 Kukai, the most learned of the six monks, made great progress in learning Buddhist sutras, Sanskrit, poems and Chinese calligraphy. After his return to Japan in 806, he advocated the building of a Vagra Temple (Vagra means Buddhist Warrior Attendant) and founded the Zhenyan Sect (the True Word Sect). He is highly honored by both Japanese and Chinese, and in 1982 Kukai Monument was constructed inside the BlueDragon Temple. For uncertain reasons the BlueDragon Temple which had no fortune, like other ancient temples was destroyed. This was perhaps during the Northern Song Dynasty (960-1127).

The present temple was reconstructed in 1963. Memorial halls for the earlier monks and exhibition halls with some excavations displayed are all built in the Tang architectural style.

Blue Dragon Temple is a place where the cherry blossoms can be enjoyed. Every year during May and June, an endless stream, of tourists comes to appreciate its beauty.