Feng and Hao Sites of the Western Zhou Dynasty

Fenghao is a combination name for Fengyi and Haojing, set by Kings Wen and Wu of the Zhou Dynasty (11thcentury - 256BC), respectively. With Fengyi located on the west bank of the Fengshui River and Haojing on the east bank, the site covers a total area of 10 square kilometers, spreading a large area including Kesheng Village, Mawang Village, Zhangjiapo, Xinwang Village, Fengcun Village, Luoshui Village, Pudu Village, Doumen Town and Kunmingchi. After an archaeological investigation in 1933, the Archaeology Research Institute of the Chinese Academy of Social Science has carried out a lasting excavation on the site since 1951. Fenghao was then the political, economic and cultural center of the Western Zhou Dynasty. 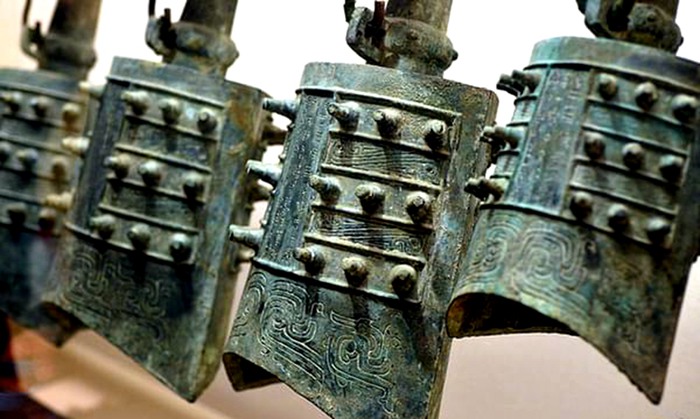 According to the record in Kaogong Notes, the city covered an area of nine kilometers, with three gates open on each side. Inside the city, nine streets lied vertically while another nine streets horizontally. With the palace built in the center, the ancestral temple on the left, the sacrificial site on the right, imperial court in the front, and downtown streets in the back, the city had presented a general reference rule for overall arrangement. It is obvious that rulers at that time had already got a planning mind to build up an orderly-arranged city.

An imperial palace site was unearthed near Mawang Village and Luoshui Village, together with a number of drainage parts, such as pipeline and tile. Besides, 20 residential sites, built in cave or half-pit houses, cellars and wells were also excavated in the site. About 100 vessels were excavated in these cellars, including 53 vessels in Zhangjiapo, among which 32 had inscriptions, and 25 vessels in Mawang Village, 10 of which had inscriptions. Those inscriptions, which have high historical, artistic and academic values, recorded some important history events of the Western Zhou Dynasty and neighboring states.