The site of Daming Palace of the Tang Dynasty

The luxurious Daming Palace was one of the three large groups of architecture for the emperor inside Chang'an of the Tang dynasty. The site is on the Longshou Plateau to the north of Xi'an. The palace began to be constructed in 634 (the eighth year of Zhenguan under the reign of Tang Emperor Taizong), covering 3.5 square kilometres. 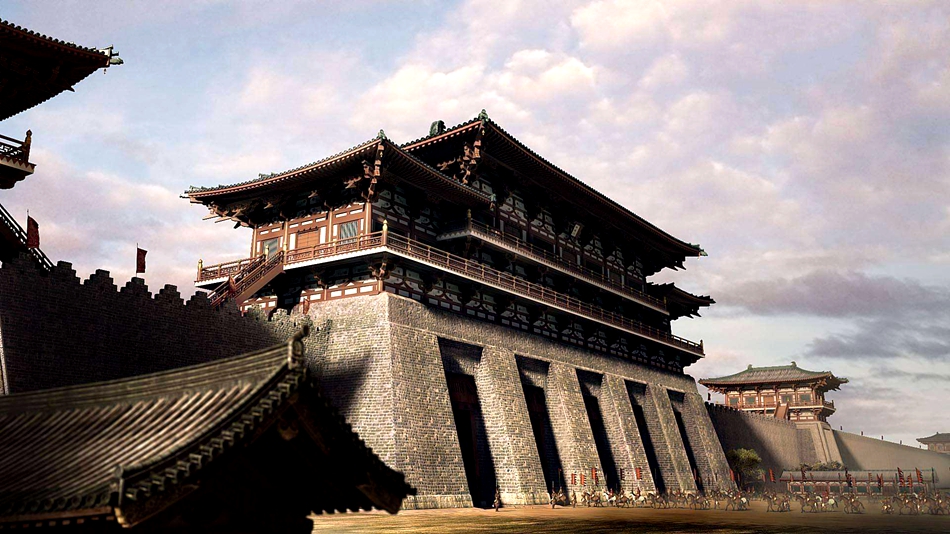 The magnificent and elegant hall was an important place to hold national grand ceremonies and receive foreign envoies during the Tang dynasty. The picture shows the model of the reconstructed Hanyuan Hall.