Chen Yiwen, who celebrates his 88th birthday on Monday, is the only living artist in hubei province with a high level of artistic achievement in wooded New Year paintings.

Chen is a national inheritor of the laohekou woodcut New Year paintings, which originated in the mid-ming dynasty (1368-1644) and flourished during the qianlong reign of the qing dynasty (1644-1911).

Chen’s works are bright in color and meticulous in line, and still retain the original local characteristics and folk flavor. One of Chen’s wooded New Year paintings was selected as an art textbook for middle school students in hubei province, and his works have been exhibited all over the country, as well as in Russia and Italy.

Chen began to learn handicraft at the age of 14 and started to create by herself at the age of 16. From Chen’s grandfather to his father, the technique has been passed down through the family, and now Chen’s grandson has inherited the craft.

But now, few people still use hand-carved wood paintings, and Chen says the technology is disappearing.

To better inherit the technology, Chen has opened training classes, which are attended by about 30 students a year. 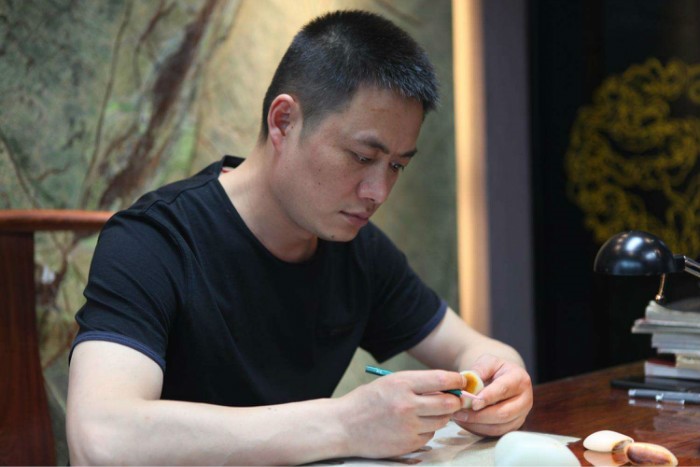