The Farmers Dance of China Korean Ethnic Group is popular in korean-populated areas of northeast China, including the provinces of Liaoning, Jilin and Heilongjiang. Combining music, dance and singing, nongle evolved from the ancient harvest celebration, the “tramp of the field.” On September 30, 2009, it was included in the list of intangible cultural heritage at the 4th UNESCO general conference held in ABU dhabi, united Arab emirates.

The Korean nationality in China has always been good at singing and dancing. They dance at festivals, family gatherings and celebrations. They live at the foot of changbai mountain and grow rice for a living. Cooperation and teamwork are very important in their lives. When they farm, they always carry flat drums and suona horns. When they are resting, people will improvise music and dance to get rid of fatigue.

Developed from farming, the dances of Korean farmers in China mainly take two forms: pantomime performances on the stage and folk dances at festivals and harvest seasons. Each village has its own dance team, led by a flag of recognition and a peasant flag. The general conductor played the gong, followed by the orchestra and the dance team, including dancers who performed the crane dance, the elephant hat dance, the mask dance and the small drum, the long drum and the fan drum. Nongge has twelve parts.

First came the small drum male dancers, the opening segment of the nongle dance, followed by the dancing children performing the line changes and pyramids in yanfengtai. As the performance progresses, the artistic characterization will become clear. Then there is flat encouragement that both men and women can perform. The size of the flat drum they play depends on their gender. The male dancers will dance together. They are running and jumping in the joyful music, showing their strength and strength, while the female dancers are performing independent dances, showing their diverse and exquisite drumming skills and beautiful posture.

These two kinds of flat encouragement always get the audience’s praise and applause. Although it is well known, many people think of it as a female dance. In fact, both men and women can take part in the dance. The long drum is a unique musical instrument of Korean nationality in China. The dancer holds a thin bamboo drum in his right hand and beats the drum with his left. The voice is clear, clear and harmonious. In the music, the female dancers, wearing long dresses and with long drums hanging in front of them, walk onto the stage. Their graceful posture and gentle posture, just like willows and red-crowned cranes, let people intoxicated. After a piece of slow music, the free parts are lit up. The dancers who get into the dance will begin their stunts, which will push the show to its climax. Then there is the flower fan dance, which is developed from the ancient magic dance. The crane dance will be next. Dancers dressed as red-crowned cranes came to the stage to bring blessings, health and peace. 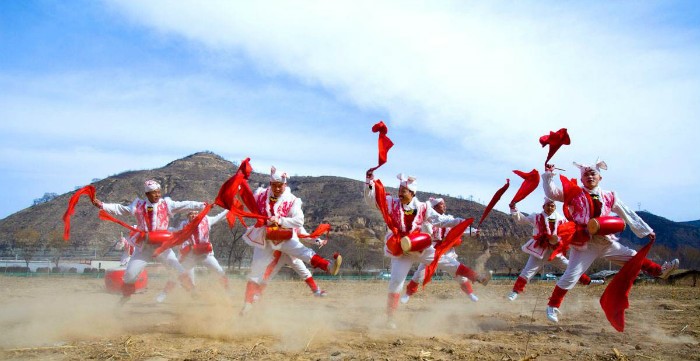